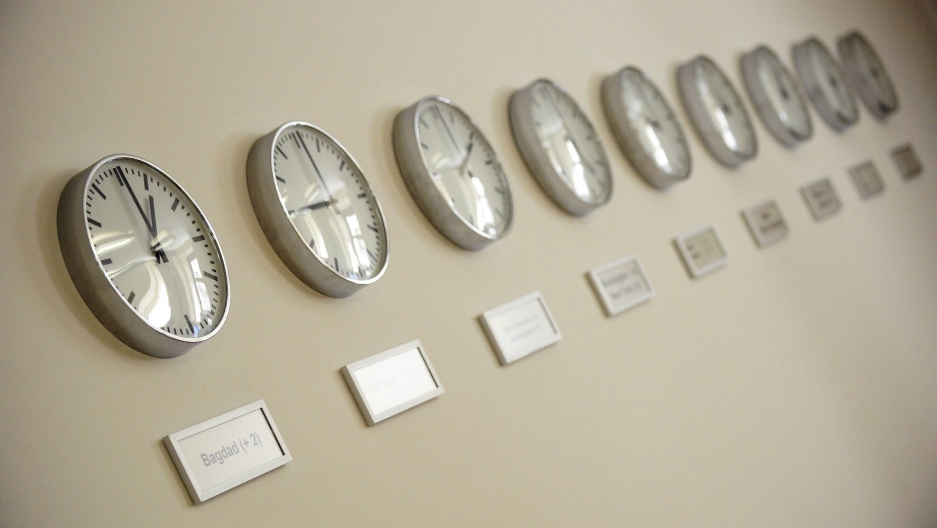 The creation of the new time zone is intended to mark the 70th anniversary of North Korea's liberation from Japanese rule.

Like so much in North Korea, it could be a scene from "The Interview."

North Korea, a land that cannot feed its people, has announced a new time zone. From now on, when you travel to North Korea (I know, I know), you're going to have to set your watches ahead an extra 30 minutes.

The state broadcaster calls it "Pyongyang time." Please, no jokes.

The stated reason for the change: North Korea is marking the 70th anniversary of Korea's liberation from Japanese rule by liberating itself from Tokyo's time zone.

As the state announcer says: "The wicked Japanese imperialists committed such unpardonable crimes as depriving Korea of even its standard time while mercilessly trampling down its land with 5,000 year-long history and culture and pursuing the unheard-of policy of obliterating the Korean nation."

Pyongyang, under Japanese ruile from 1910 to 1945, says it is finally separating itself from "the wicked imperialist Japanese who deprived Korea of even its standard time."

To be fair, life was tough in the Korean Peninsula under Tokyo's rule. (e.g. comfort women, Koreans as cannon fodder on the frontlines of World War II.)

By switching its time zone to be on the half hour, North Korea is joining a small group of proud nations: India and Afghanistan, to name two. in 2007, Venezuelan ruler Hugo Chavez turned his nation's clocks back by half an hour, saying he wanted a "more fair distribution of the sunrise" to residents.

If you want to join a more select group, check out Nepal. Its clock is set 15 minutes ahead of India's.