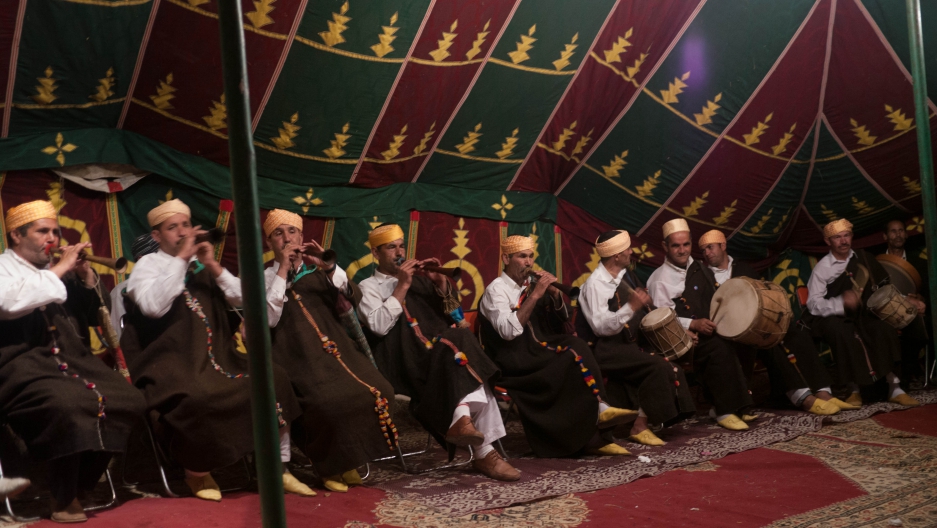 It isn't easy to see the legendary Master Musicians of Joujouka. But if you can make the trip to a mountainous stretch of Morocco, say those who've done it, you're in for a treat.

"This is something I've wanted to do for a long time," says John Voci. He's a former colleague of ours here at WGBH and now works at New England Public Radio in Springfield, Massachusetts.

"This is a unique festival. Festival-goers eat and live with the musicians and their families. Attendance is limited to 50 people. I was one of 40 people from 10 different countries to attend this year's festival," Voci says.

He's talking about the festival put on each year by the Master Musicians of Joujouka in their village in the Rif Mountains of Morocco.

"It's an extraordinary experience to spend three days in this remote village where electricity was just introduced five years ago, where there's no running water. And it's home to an elite group of musicians who perform an ancient style of music that influenced the avant garde and inspired writers and visual artists and musicians in both pop and jazz."

Musicians who followed the Masters included jazz great Ornette Coleman and Brian Jones, a founder of the Rolling Stones, who recorded the Masters in 1968. They play a part on the rock group's Steel Wheels album, on the song Continental Drift.

The musicians have been around in one form or another for decades, but the modern festival — and that term is used loosely — was brought to life by Frank Rynne, who says he was first exposed to the music through the Brian Jones-produced album, Pipes of Pan.

Check out some of the Master Musicians of Joujouka's music on Soundcloud.