This week in "Thanks, Internet" ---A bodega owner fights the power/gentrification, songs that stop after saying "stop," Chris Pratt paints murals, Fetty Wap meetsDoug, and Chris Rock weighs in on the Drake and Meek Mill rap beef.

1. This Is Your Bodega on Gentrification 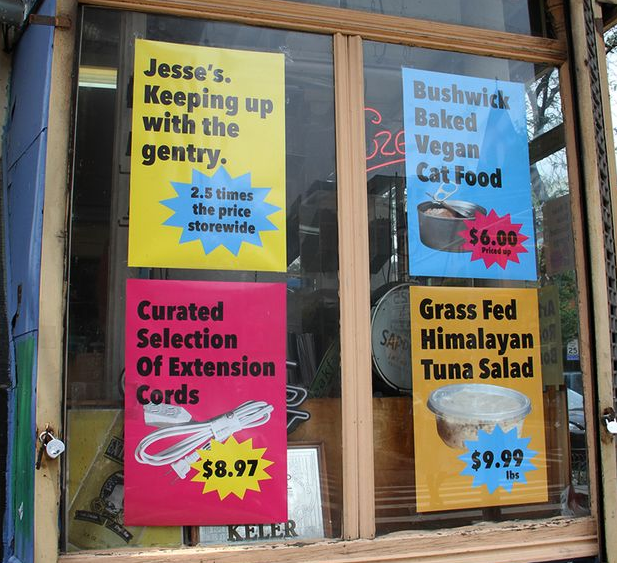 When a 250% rent hike threatened to kill his Brooklyn bodega, Jesse Itayim decided to raise his prices by 250% and make some really sassy signs. Studio 360's Julia Lowrie Henderson got the overpriced scoop.

Supercuts are going deeper because most of the obvious ones have already been made. This might not be a bad thing, because "the musiccutting outafter singers say 'Stop!' in songs" supercut is good fun. 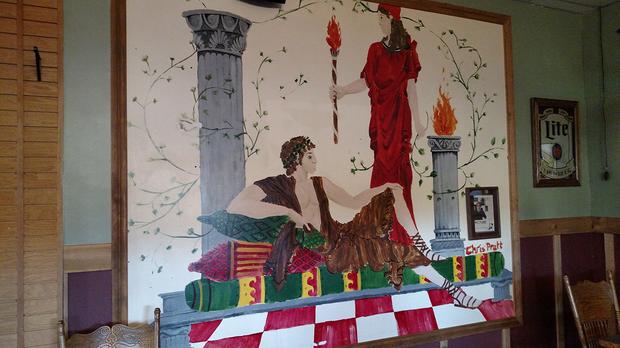 Chris Pratt has been having a heck of a few years, and we're still discovering his talent. This week we found outhe's a capable muralist thanks to Imgur user slartibartfas, who found this scene from Greek antiquity at Omega Pizza & Pastain Great Falls, Washington. It turns out teenage Pratt, who was a painter, was friends with the owner's son. Thanks, internet!

Fetty Wap's "Trap Queen" has sorta become the song of the summer, despite coming outlast summer. Vulturegave the song, which may or may not be about lovesickness, the mash-up it deserves viaDoug, who is definitely and perpetually lovesick. 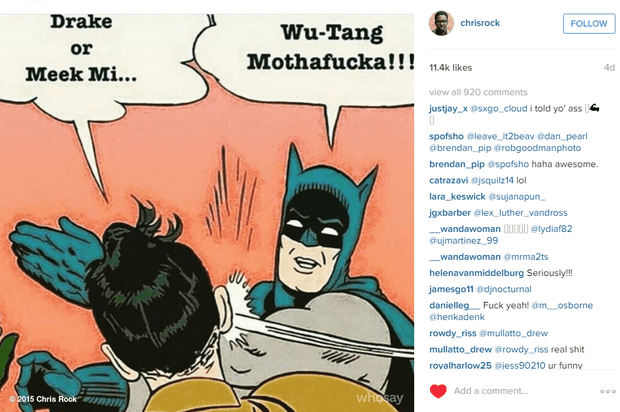