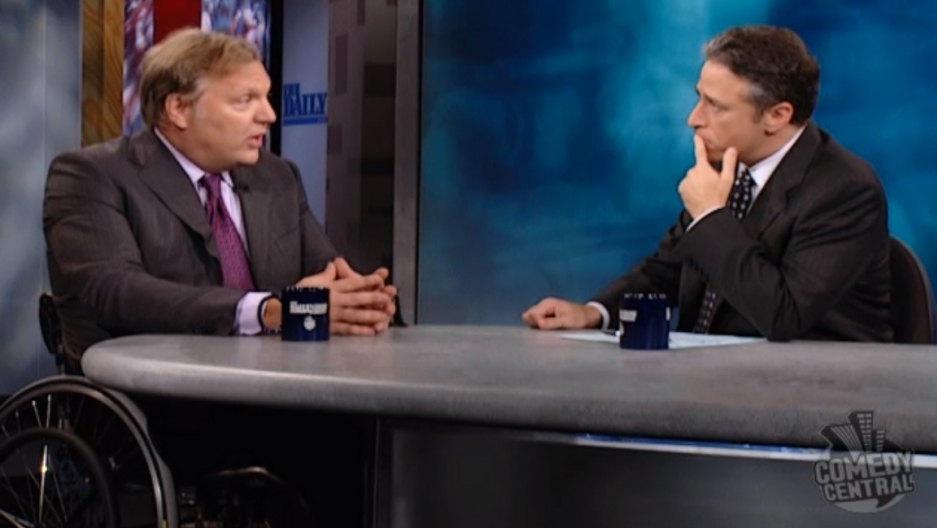 Exactly 10 years ago, I was a guest on “The Daily Show” with Jon Stewart. At that time, I was a refugee from both public radio and network television. I had been dumped from NBC’s Dateline and was trying to freelance my way to survival. My kids were being pulled out of private school because we couldn’t afford it anymore. It was a fairly bleak time.

I was on the show because of an article I wrote for WIRED Magazine about how bloggers in real time from the battlefield in Iraq were changing the ways in which Americans were learning about the war. These were authentic reports from the battlefield —accounts of tank firefights, military life, the growing troubles in the Iraq mission and the impact of technology on all aspects of warfighting.

It was a story that Dateline had turned down — just one of the many heartbreaks of working for a program that thought of digital journalism as the titillating and eventually controversial “To Catch a Predator” franchise and had no interest in blogging soldiers.

I was booked on the program to talk about it. It was a nerve wracking moment — I remember waiting in the green room wondering if I was too fat, worrying about being in a wheelchair. These were things I NEVER worried about in two decades in journalism, but there I was, trembling before the comedian master of news.

I was thinking the moment was going to make or break me in journalism, realizing that Stewart was a more important forum to be seen in even in 2005 than “60 Minutes.” This realization was just beginning to dawn on the rest of the news media world, which was (and still is) facing all kinds of disruptions and challenges to its business. If I could make it on, Stewart maybe there was hope, I thought.

The segment went well. Jon joked about Thucydides (I had called these soldier bloggers modern day war historians like Thucydides). And he couldn’t resist a joke about Dateline.

“When you work for Dateline for nine years does it begin to rot you from the inside?” he asked.

Whoa. The idea that I might get called for a new network gig out of this appearance just flew out the window. I groped for a response and went for “How do I look?” and got a nice warm reaction from the audience.

I thought later that it would have been better to have said something like “Jon, fortunately there are miraculous antibiotics to keep you from rotting from the inside.”

Of course then he might have said. “Great, Mr. Hockenberry so what do you recommend for the rest of us take to ward off your Dateline infections...Purell?”

Maybe, on second thought, it was best to have simply said what I honestly thought.

That was the lesson. Stewart is quick because he’s really listening. He was genuinely curious about the battlefield bloggers and said wonderfully nice things about the WIRED story. Now 10 years later, that curiosity, honesty, and eagerness to talk about things that interest you is a fair description of The Takeaway’s mission as a news and talk program.

I didn’t learn that from Stewart, but was reminded of it on the day I was a guest on his show. It made sense that an appearance on his show wasn’t going to get me another network job. It made even more sense that doing stories that interested Stewart and his audience would lead to a brand new radio show three years later called The Takeaway.

We’re still going strong, and I like to think that, in a small way, that as Jon Stewart says goodbye, we are carrying on some of the same values of The Daily Show. We are daily after all. Just with fewer laughs.