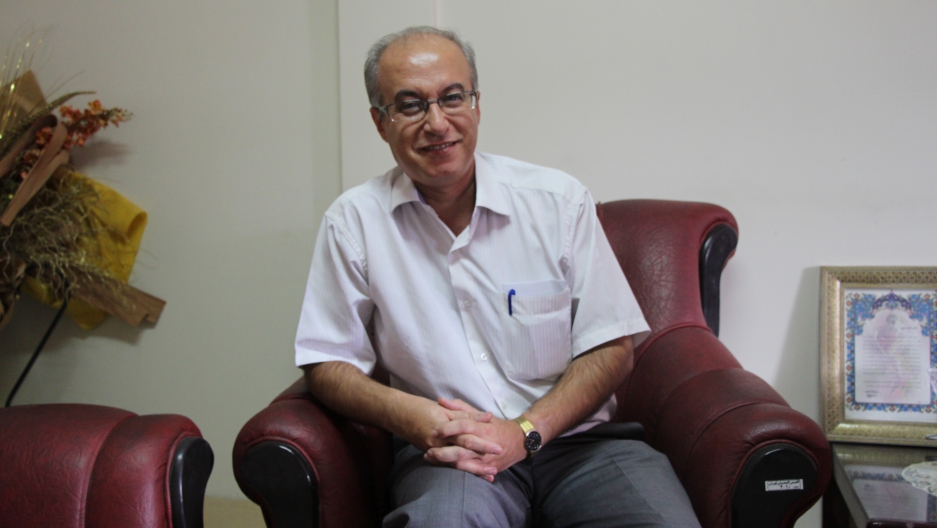 TEHRAN, Iran — Tapo, one of six kosher restaurants in Tehran, has become an informal hangout for the city’s small Jewish community. During a lunchtime rush last week customers ate savory kebabs while excitedly discussing the signing of the US-Iran nuclear accord.

"There was lots of joy for us,” said Horiel, a Jewish customer who declined to give his last name. “It was not only the Jewish community that was happy. The nation was happy."

Most Iranian Jews strongly disagree with Israeli Prime Minister Benjamin Netanyahu's denunciations of the accord. Horiel said his ancestors came from Jerusalem, “but I'm an Iranian Jew. Israel will get nothing with threats and war."

Israeli leaders and conservative politicians in the US have denounced the accords as too weak, saying they'll allow Iran to eventually develop atomic weapons.

Iranians argue that they never built a nuclear bomb and have no intention of doing so. They broadly support the accord in hopes that the US will lift economic sanctions and the economy will improve.

More from GlobalPost: Here's what Americans have been missing out on in Iran

"There was the possibility of war,” he said. “With the deal signed, it will take war off the table and bring stability to the region."

Najafabadi said that Israel’s opposition to the accord “has no impact on the Jewish community in Iran."

Over 100,000 Jews lived in Iran prior to the 1979 revolution, according to Najafabadi. Many left right afterward, and the population has slowly declined ever since. Jewish leaders estimate there are between 12,000 and 30,000 Jews here today, making Iran's the second-largest Jewish population in the Middle East after Israel.

But those who have chosen to stay in Iran have a long history of opposition to hawkish Israeli governments. Many consider themselves Jews but not Zionists.

The Islamic Republic of Iran allows freedom of worship for Jews and Christians, according to Dr. Siamak Morsedegh, the Jewish representative to Iran’s parliament. He points out that unlike some other countries in the region and in Europe, Jewish temples in Iran have not been attacked.

“There [is] no need for guards in front of our synagogues,” he said.

But institutional restrictions on Jews remain, Morsedegh said. They are not able to get certain government jobs reserved for Muslims and are banned from serving as professional soldiers, although they face conscription like other Iranians.

Restrictions on Jews remain. They are not able to get certain government jobs and are banned from serving as professional soldiers, although they face conscription like other Iranians.

According to Morsedegh, “no Jews have held high government positions such as ministers or vice ministers.”

From 2005 to 2013, during the administration of President Mahmoud Ahmadinejad, Jews faced many problems. (Ahmadinejad famously questioned the existence of the Holocaust.)

Mohammad Reza Rahimi, Ahmadinejad’s first vice president, delivered an anti-Jewish speech at a UN drug conference in 2012. He claimed the Talmud teaches "how to destroy non-Jews so as to protect an embryo in the womb of a Jewish mother" and that Zionists controlled the world’s illicit drug trade.

His remarks drew strong criticism from Jews and Muslims inside Iran. Rahimi was later convicted on corruption charges and is now jailed in Tehran’s infamous Evin Prison. Dr. Siamak Morsedegh, the Jewish representative to Iran’s parliament, says that unlike elsewhere Jewish temples in Iran have not been attacked.

One Lebanese documentary claimed “Zionists” had plotted to murder the Prophet Muhammad. The documentary mischaracterized Jewish-Muslim relations in ancient times, and conflated being Jewish with the Zionist political movement, which didn’t develop until late in the 19th century.

That's a big mistake, Najafabadi said. "It said the Jews and Zionists are the same, which is completely wrong.”

The Jewish Committee protested the documentary and, after the intervention of the country’s Supreme Leader Ali Khamenei, it was no longer aired.

President Hassan Rouhani, elected in 2013, has made conditions for Jews “somewhat better,” according to Morsedegh.

Previously, Jewish schools kept the Iranian Muslim calendar, and closed on Thursday and Friday. Now they are permitted to observe the Jewish Sabbath and are closed Friday and Saturday.

The Jewish community is also pleased with Rouhani’s initiative to resolve the nuclear issue with the US.

If implemented by both sides, the accord will prevent the US or Israel from militarily attacking Iran, said restaurant patron
Horiel.

As he finished off the last of his beef kabob, he said, "You can solve everything with peace, not war.”

GlobalPost Special Correspondent Reese Erlich received a grant from the Pulitzer Center on Crisis Reporting for his reporting from Iran. His latest book is “Inside Syria: The Back Story of Their Civil War and What the World Can Expect.”