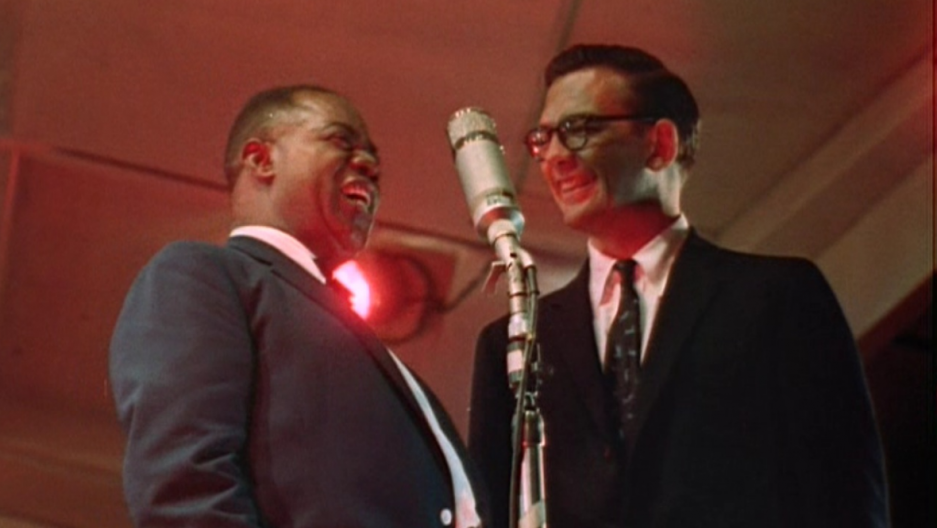 Louis Armstrong and Willis Conover at the 1958 Newport Jazz Festival.

From deep inside the isolation of the Cold War, American music managed to slip behind enemy lines. It’s all because of Willis Conover, the broadcaster who brought jazz to Eastern Europe at a time when the Iron Curtain stopped much of the light of the world for coming in.

Prohibited from broadcasting in the United States, Conover's program was virtually unknown to American audiences. But for the people listening from Eastern Europe, the sound of Willis Conover's program, the Voice of America Jazz Hour, was a rare window into American life and American jazz during the second half of the 20th century.

“It was incredible — not only for me but for millions of people around the world,” says Valery Ponomarev, a Russian trumpeter who came to the US in 1973.

Ponomarev says that Conover's broadcasts sounded like freedom. And his legacy has not been forgotten — nearly 8,000 people have signed a petition to have Conover honored with a US postage stamp for his musical contributions to ending the Cold War. The U.S. Postal Service has yet to respond.

“When I first heard real jazz music...I was blown away from this Earth,” Ponomarev says in between an impromptu scat performance. “Can you imagine hearing something like that for the first time? Jazz music was my music from that point on.”

Willis Conover's Jazz Hour made him one of the most famous radio personalities in the world — famous everywhere except the United States. Ponomarev says that when he came to the U.S. in the early ‘70s, he was surprised to see that there weren't giant posters and billboards of Conover everywhere.

“The person that’s solely responsible for presenting such an incredible form of art as jazz music — that he’s born in the United States and is not known in his own country, that’s amazing,” says Ponomarev.

Conover’s Jazz Hour swept Ponomarev off his feet and inspired him to search Moscow for jazz recordings during the Cold War.

“Lo and behold, I bought some actual LPs on the black market,” says Ponomarev. “That was incredible — to own and actually possess an LP. My first LP that I got was Clifford Brown.”

Like so many others, Ponomarev says he was frequently glued to his radio dial and never stopped searching the airwaves for the VOA Jazz Hour. He began to study the songs he heard on Conover’s program and continued to analyze music when he came to the United States.

“Before you know it, I was speaking the language of jazz without any accent,” he says. “I didn’t know if he was aware of what kind of impact he would be making, but in terms of playing the right music, he definitely knew what he was doing. He was picking Duke Ellington, Art Blakey, Charlie Parker, John Coltrane — all the right people.”

Shortly after Conover’s death in 1996, Ponomarev attended a memorial concert in Washington, DC to honor the broadcaster. He says that the event was filled with musicians from around the world that grew up with his program.

Since Conover was a true jazz connoisseur, Ponomarev said he was taken aback when he heard a young musician warming up at the concert with “a stupid rock n’ roll lick on his alto saxophone.”

“It totally didn’t fit in this situation,” says Ponomarev. “Willis Conover, all of his professional life, was fighting off these producers who pushed on him this nonsense or that nonsense.”

Ponomarev says that Conover always stuck to his jazz roots — even when some tried to take him off the air — something that made the iconic legend that he is today.

“He really had to fight for his program,” says Ponomarev. “Imagine if it was not Willis Conover? Imagine it was someone else that didn’t have these firm convictions? Someone who didn’t really know enough about jazz music but was appointed [by someone who’d say], ‘Listen, play to the world something they will like and they will love our country.’”

“Millions of people would have never been exposed to the real sounds of America,” Ponomarev adds. “My life, and millions of my contemporaries, would have definitely been different.”