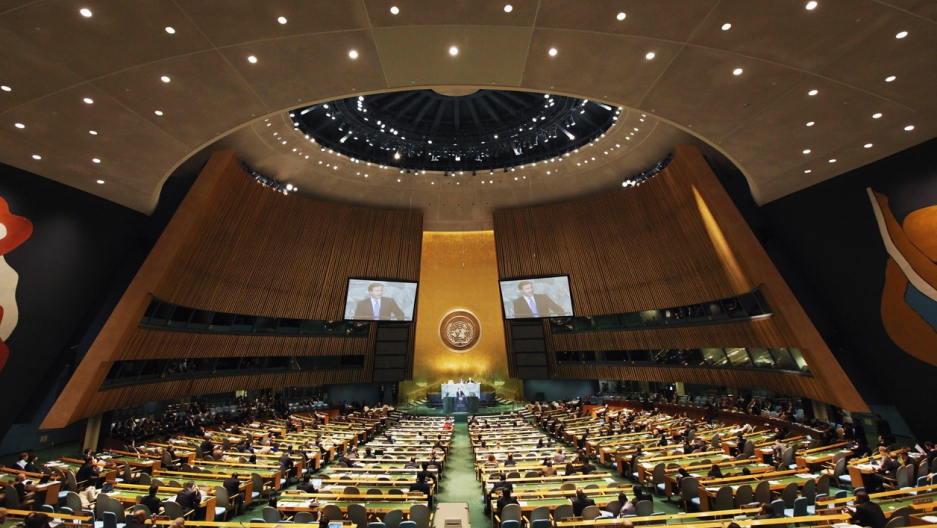 At the turn of the millennium, that auspicious and frenetic time when 1999 became 2000, the United Nations buckled down and set itself some ambitious objectives. It called them the Millennium Development Goals, and the aim was big: to “tackle the indignity of poverty” in 15 years.

It's 15 years later now, and — suffice it to say — extreme poverty and hunger is still a thing, pretty much everywhere. There are a lot fewer people living in extreme poverty these days, but that's mostly the result of China's economic rise. Progress was in fact made on a lot of the UN goals (including reducing child mortality and fighting diseases like malaria), but the targets were mostly missed. India, for its part, failed to achieve really any of the goals.

Anyway, it's time to look forward. The United Nations has released its next set of development goals for the next 15 years, which it will make official in September. The goals have nearly doubled in size and are equally ambitious as the first set. Goal No. 1? End poverty in all forms, everywhere. Sounds like a plan.

It's been nearly a year since the United States — and some of its allies of the moment — began to launch airstrikes against the Islamic State in Iraq and then Syria. The strategy is called Operation Inherent Resolve, continuing a long history of questionably named military campaigns. Its name aside, Lt. Gen. John Hesterman called the campaign “the most precise and disciplined in the history of aerial warfare.”

That sounds impressive unless you actually look at the history. And now the claim is being called into question. There is growing evidence that there are higher numbers of civilian casualties resulting from American airstrikes (the United States accounts for 85 percent of the bombings) in Iraq and Syria than officials admit.

The coalition says it has confirmed just two civilian deaths. Airwars.org, a collaborative effort to record every single civilian casualty caused by the air campaign against the Islamic State, says the number is probably much higher. They say it's closer to 460.

GlobalPost Senior Correspondent Richard Hall reported earlier this year from Iraq that it appeared disturbingly easy for Iraqi and Kurdish forces to call in US airstrikes. Hall spoke to a mid-level Kurdish commander who said, for him, an American airstrike was just a phone call away. In one example, the commander told Hall that it took just 25 minutes for American jets to respond to his request. The speed of the response raises questions about how carefully the targets are being vetted.

One of the greatest concerns is how the Islamic State could be using errant strikes as its own propaganda tool. Militants in Pakistan and Yemen have done it. And if the Islamic State does it too, it would go a long way toward undermining Operation Inherent Resolve, which aims to “degrade and destroy” the Islamic State.

Delta Airlines announced Monday it would no longer allow hunting trophies — read, animal parts — from lions, leopards, elephants, rhinoceroses, and buffaloes to be shipped on its planes. That's important, because Delta is the only American airline that operates direct flights from the United States to South Africa. And most of the people hunting big game in southern Africa are American tourists.

Delta's decision came after news spread that an American man had killed a beloved lion in Zimbabwe named Cecil. A skeptic might think the move by Delta was more PR than principle. But as GlobalPost Staff Writer Timothy McGrath points out, it could still have impact:

“Shipping bans can't keep Americans like Walter Palmer — the Minnesota dentist accused of killing Cecil on a hunting trip in Zimbabwe — from traveling to hunt and kill lions, leopards, elephants, rhinoceroses and buffaloes. But if the hunters can't fill their trophy rooms with big game carcasses, maybe they'll stay home and hunt deer instead.”