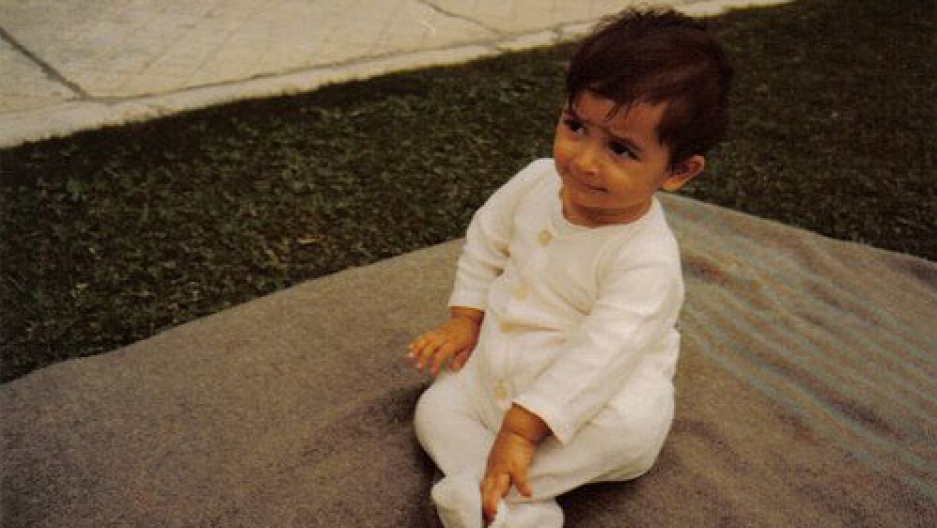 Farideh in 1977 at an orphanage in Tehran.

Here’s what Farideh (Eline Koning) knows about her life before adoption:

She was found at the Mausoleum of Imam Reza in the city of Mashhad in northeastern Iran.

A security guard at the Mausoleum found her and took her to an orphanage. At the orphanage, she was given the name Farideh.

Farideh (Eline Koning) and her Dutch mother at the orphanage in Tehran.

From there, she was sent to an international orphanage in Tehran and at 16 months old, a Dutch couple adopted her. She now had a new life and a new name: Eline Koning.

This was back in the late 1970s and more than thirty years later, Farideh has decided to find her biological parents in Iran. "I'm very curious to know who made me and if I look in the mirror, I want to know who I am," she says from her home in the Netherlands.

So two years ago, she wrote about her search in the local newspaper. She also started to blog about it. She had no idea if anyone would get in touch, but to her surprise, people did. So far, she has done two DNA tests. Both turned out to be negative.

"It's like a roller coaster," she says of the emotional side of her quest, but adds that the experience has also been difficult for the people who reached out to her.

"The woman also hoped that I was her child but unfortunately I wasn't [her] child," she says.

One of the people who replied to Farideh's story in the local paper was a man called Ali Akbar, who claims to be her biological father. To find out if this is true, Farideh plans to travel to Iran and complete a DNA test. She, along with two filmmakers hope to raise money to document the experience in a film.

Farideh says she doesn't think too much about the possibility of another negative DNA test. "I was born and raised by the fact that I would never find out who my biological family would be," she says.

Still, she holds out hope that Ali Akbar is in fact her father.

"If it's true, it's going to be a totally new connection and I'm really longing for a certain connection," she says.

Update: A previous version of this story incorrectly spelled Eline Koning's name in the photo caption.