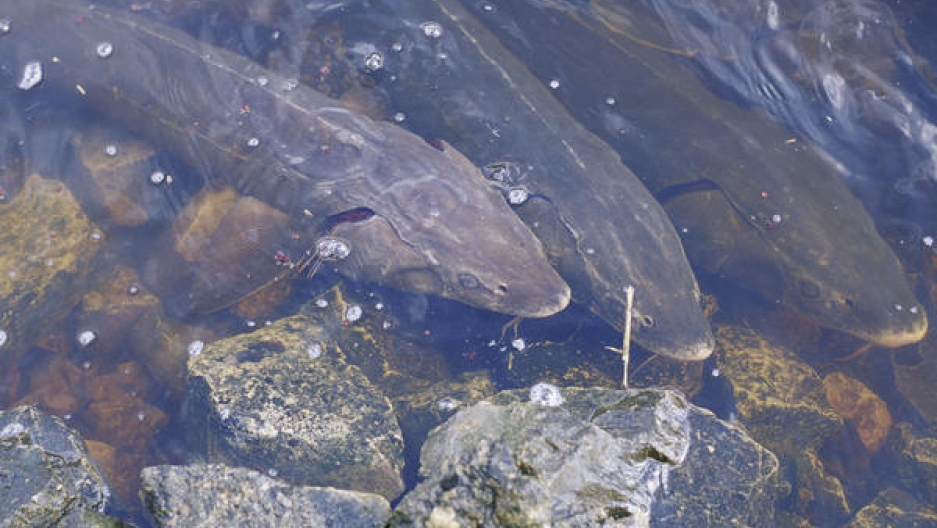 Global sturgeon populations are collapsing– most notably in Russia—fueling a market for illegal poaching in the Columbia River.

Caviar, prized as a luxury food, can sell for as much as $200 an ounce. Most caviar comes from the Caspian Sea, but the decline of sturgeon there is driving fishermen and poachers to fish populations in the Pacific Northwest’s Columbia River.

Despite active policing and catch limits on sturgeon, poachers and traffickers still manage to pull black gold from the riverbed, threatening the fish’s survival. Global demand for black market caviar is putting the whole sturgeon population at risk.

On some parts of the Columbia, wildlife managers have canceled fishing seasons because sturgeon numbers are so low. Still, it's unclear if sturgeon poaching is to blame. Sturgeon have been hampered by dams, and now they're on the menu for the Columbia’s growing number of sea lions. Officials say that makes it even more important to protect the fish from poachers. 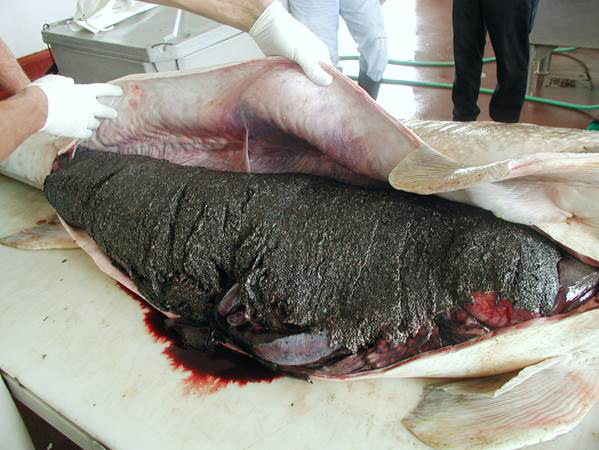 A sturgeon full of roe seized from an illegal net on the Columbia.

The fish is slow growing. It takes 20 years for a female sturgeon to mature enough to produce eggs. By then, it has usually grown to more than five feet long. Sturgeon can live 100 years and grow to more than 20 feet. Officers say some poachers target not just any sturgeon, but the biggest ones that produce the eggs for future generations.

“They look prehistoric. They don't have any bones. They're cartilaginous, similar to a shark,” says Tucker Jones, a biologist with the Oregon Department of Fish and Wildlife.

The biggest sturgeon can carry up to a hundred pounds of eggs. Fishing rules restrict people from catching those oversized fish. The eggs are crucial to the sturgeon population, but they're also a delicacy, prized as some of the world's finest caviar, selling for as much as $200 an ounce. That means the eggs from one sturgeon could ultimately be worth hundreds of thousands of dollars.

“The hottest commodity from an oversized fish is not the flesh, although that has a market value for sure. It's the caviar,” says Mike Cenci, assistant chief of enforcement for the Washington Department of Fish and Wildlife.

Getting away with such as large fish doesn't sound like it’d be an easy task, but the fish are easily caught. Wildlife enforcement regularly patrol the shorelines of the Columbia River, looking for signs of illegally caught sturgeon.

After catching a broodstock-sized sturgeon, poachers keep the fish alive and hidden underwater by tethering it to remote stretches of the riverbank. The fish will remain alive and fresh while the poachers look for a black market buyer. Then they wait until nightfall to come back and retrieve the fish.

“If we were doing a routine patrol, we would be running our boat fairly close to the shore, looking for lines, cables,” says Mitch Hicks, chief of enforcement for the Columbia River tribes.