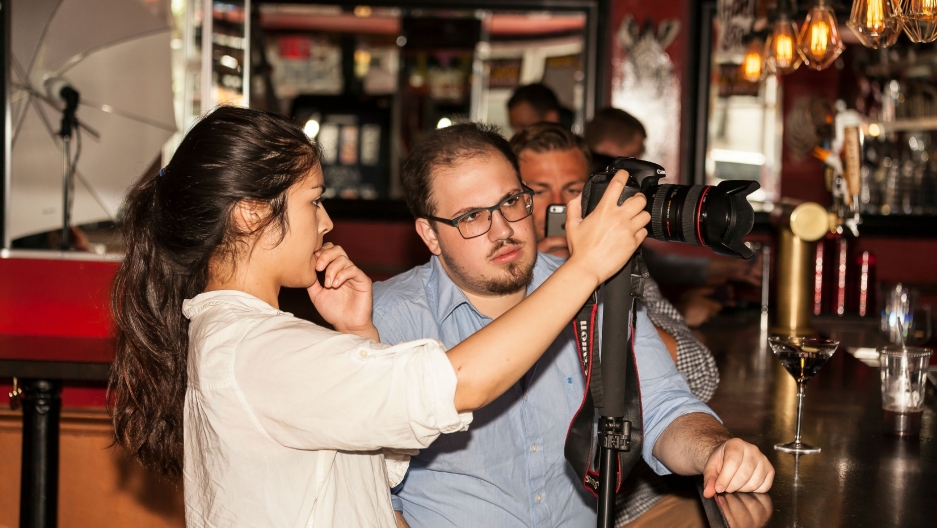 Joseph Riedel's dreams of becoming a screenwriter were interrupted by a cancer diagnosis --- so he's turning his illness into material for a web series as part of his 2015 Creative New Year's Resolution.

I'll be honest with everyone reading this. I am terrible at journaling. I never know how to express my feelings in this format. Blogging might as well be Swahili for me. That is the very reason I began to write A Good Sense of Tumor. Because a scripted narrative was a much more natural way for me to communicate the conflicting emotions running wild through my head during this troubling time.

That said, I think this post will be quite easy for me because it comes down to a very powerful centralized theme. This post is about gratitude. At the time of my composition of this post, I am four days away from the very first shoot for A Good Sense of Tumor (Monday July 27th). It is beyond bewildering that I have made it to this point. When I reflect upon this last year I feel that I have experienced a benevolence from humanity that I would have never conceived of prior to my diagnosis. It is only through the kindness and generosity of those around me that I have made it to this day. I am finally going to put my story out there.

I am dumbfounded by the people who've come out of the woodwork to support me. I grew up in a very small community, and in many ways I resented that and could not get out of there soon enough. Now that I've returned, I know that there's one very positive side to small communities like Croton-on-Hudson, New York. The people here take care of you. Sure, old friends and neighbors check in on you but what touches you more than anything else are the business owners who check in on your progress each day you step into their store, or the mother of a student you've just begun to teach, who feels the need to cook for you meal after meal after meal.

I've had the same warm reception by those who have chosen to believe in my vision and follow my dream to create A Good Sense of Tumor. Since my last update, I've recruited a phenomenal team of talented individuals. This includes producer Travis Tack, producer and actor Rory Scholl, director of photography Noel Woodford, and editor Rob Pigott. Each one of them brings something amazing to the process.

In addition, Rory has put me in touch with The People's Improv Theatre a.k.a. The PIT, a great institution of New York improv comedy. The PIT is allowing us to film there, hold meetings there, and it has been the primary source of actors for this project. What makes this partnership very special for me is my deep respect for improv comedy. Del Close is considered by many to be the greatest influence on modern improv comedy. He famously coached his students to "follow the fear". This principle of improv comedy has also been something I've tried to practice in life. It was one of the key philosophies behind A Good Sense of Tumor. It is a privilege to work at a place that so embraces that ideal. A few days ago we did a walkthrough of the theatre to plan out our shoot. I was scanning the room for images I wanted to see in the background and I noticed a Del Close poster which bears that quote. If I was a religious person I might say that this was fate, but as I am philosophically a realist l'll just thank the phenomenon I call fortuitous coincidence. It was then that I realized I am right where I am meant to be: excited to be at the helm of a crazy ship that is doing something which I know matters.

I look forward to updating you all on our progress as we begin to film A Good Sense of Tumor. 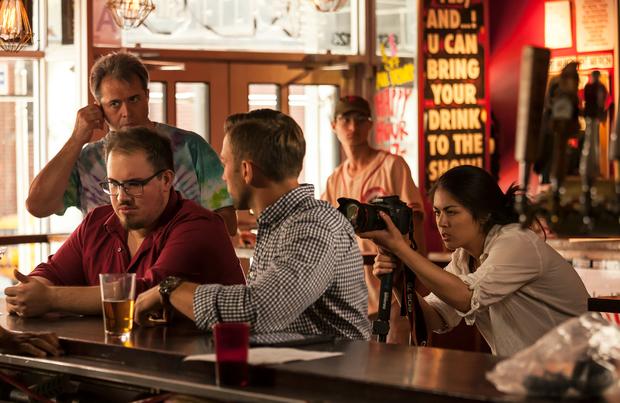