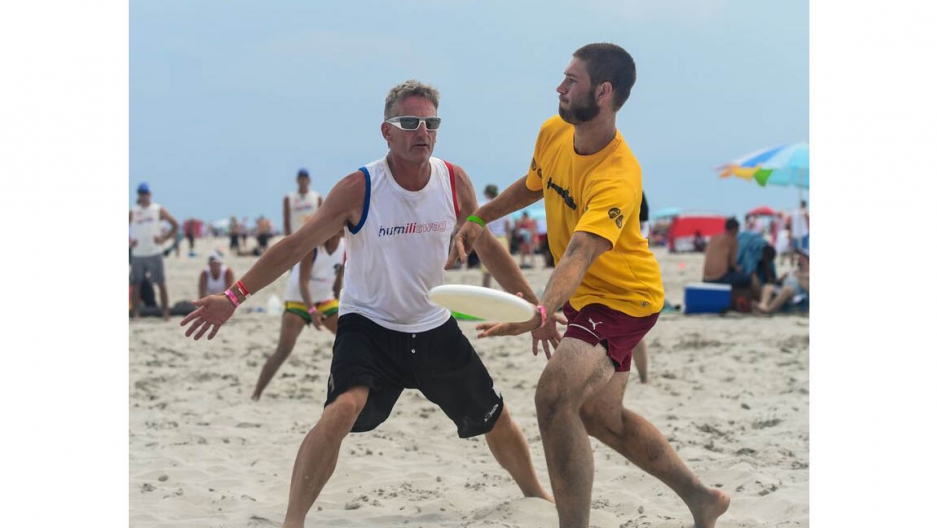 Ultimate Frisbee just moved one step closer to being in the next Olympic Games.

"We need at least 75 countries where ultimate is being played. And we're at 62, 63, I think. When you have played in 75 countries, that's when you get your shot to get in."

Although they are calling this the "sport of flying discs," is this really a competitive sport?

Just "come and play" and try it yourself, says van der Valk. "Yes, I know, people think, 'oh Frisbee... is great. You're just throwing a Frisbee." He likens the game to both American football and basketball.

The game is played on grass or sand with two endzones. The goal is to catch the Frisbee in the endzone, as in a TD pass in American football. You're not allowed to run with a Frisbee in your hand and someone is trying to block you from throwing to your teammate, like basketball.

"It's a very dynamic game. It's very physically intense and there's a lot of tactics and strategy involved."

Van der Valk says with any luck, Ultimate Frisbee could be a part of the 2020 or 2024 Olympics.