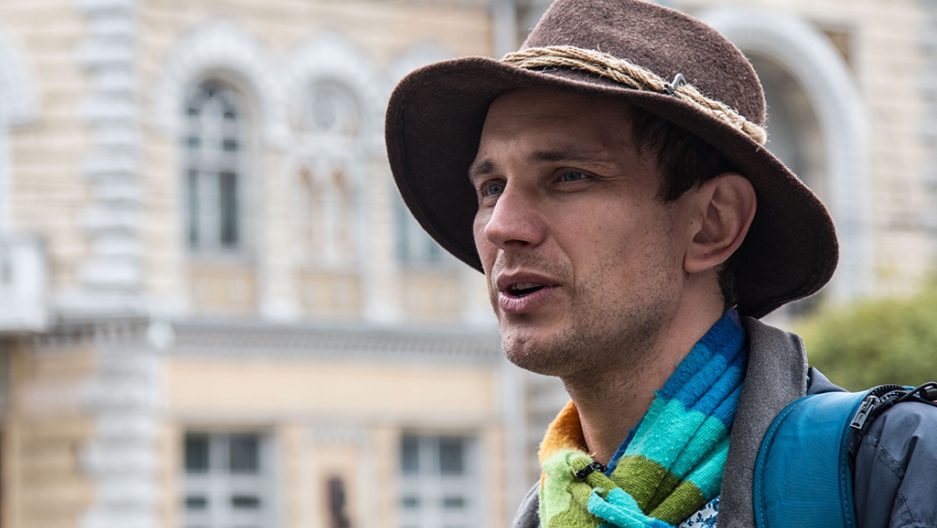 CHISINAU, Moldova — “It's 9.50 p.m. in Moscow,” announces Oleg Brega, tongue-in-cheek. We're not in Moscow, nor even in Russia. Rather, we're in Chisinau, Moldova, which shares a time zone with the Russian capital in summer. Brega is hosting an online debate from his Chisinau apartment that will focus on another thing the two cultures share, namely the media.

Moldova, a tiny buffer state teetering between the EU and Russia, is saturated with media content from its old Soviet master. Part of it is a legacy from Soviet times, when the largely Romanian-speaking country was forced to speak — and think — in Russian. Part of it is a national predilection for the slick production values and persuasive narratives of Russian television.

At a time of rising Russian imperialism, media control is a sensitive issue. Russia currently has troops deployed in Transnistria, an unrecognized statelet that declared independence from Moldova after a 1991-92 war. Fears of a spillover from the crisis in next-door Ukraine into this controversial zone have prompted some to label Moldova as Europe's next powder keg.

“Most television programs are rebroadcast from Russia and they contain the same Kremlin propaganda against the West,” says Brega, referring to Moldovan channels such as Prime TV, which mostly retransmits Russia's Perviy Kanal. This is on top of the panoply of Russian channels beamed directly from Moscow.

“I don't understand why you hate Russia,” complains Christian, a 17-year-old high school student, who has tuned into the debate from a village on the outskirts of Balti, one of Moldova's Russian-speaking enclaves. “It's part of our history. We need to respect it,” he says.

Christian is an ethnic Russian, one of the 11 percent of Moldovans who speak Russian as a first language. He's torn, proud of his heritage, yet aware that Russian media has a disproportionate influence here. And now he's online, trying to work it all out.

Clearly, nothing is simple in ethically-fragmented Moldova.

The debate is being broadcast live on Brega's online channel, Curaj.tv. Founded in 2004, the platform mainly features everyday injustices filmed by ordinary people. There's the video of a surgeon trying to extort money from the mother of a sick child, threatening not to operate unless she pays up — that was filmed by a 13-year-old. The surgeon is now out of a job.

It's citizen journalism — or citizen video journalism — at its most vital. “Only the internet can be independent. Even if you don't have much influence, you're still disturbing them,” says Brega, referring to Moldova's notoriously corrupt business and political elite. In a world of crooked mirrors, Curaj.tv is changing the game by focusing on real problems, as reported by real people.

For 12 years, Brega has been a thorn in the establishment's side, ever since he was sacked from his all-night show on public radio. The then-mayor, Serafim Urechean, had taken umbrage at the tone of a phone-in debate. Undaunted, Brega set up the Hyde Park Association and, later, Curaj.tv to promote human rights and freedom of expression.

But, it's an uphill battle, particularly right now, as Moldova faces one of its biggest crises since becoming an independent state in 1991. The poorest nation in Europe is reeling after a banking swindle that cost it $1 billion, the equivalent of an eighth of its GDP — all under the watch of a pro-EU government.

More from GlobalPost: Someone stole $1 billion from Moldova. That's an eighth of its GDP

Pro-Moscow forces in Moldovan society are jubilant. But, Moldovans were already at the end of their tether with the pro-EU camp anyway.  Last year, the country signed an EU Association Agreement, which appears to be delivering little more than edicts on poultry sanitation right now. And membership? Pure science fiction.

The Russia-dominated media doesn't have to work too hard to convince Moldovans that what they really need is a blast of strong-arm Russian leadership. A recent poll by the Institute for Public Policy, a Moldovan think tank, put support for the unlikely prospect of EU integration at 32 percent, against 50 percent who want to join Russia's customs union.

“People's hopes have been crushed,” says Ana, another participant in the debate. “You can hear them asking themselves what is going to happen next, when the government can no longer pay their wages and pensions. Many are thinking the Russians can save us.”

Aware that it is losing the information war in ex-Soviet countries like Moldova, the EU is staging a fight-back, with an action plan aimed at promoting EU policies and supporting independent media. A communications cell called the East StratCom Team is being set up to highlight the benefits of rapprochement with the EU. The plan has been derided in diplomatic circles as weak.

Ironically, in the absence of real alternatives, serious reporting muscle is now coming from within Russia itself, with the arrival of TV Rain in Moldova. Almost bullied out of existence by the Russian authorities, the independent station survives on subscriptions, largely from free-thinking Muscovites.

Brega has just launched his own show on the network. For the underground media legend, who has funded much of his work by suing the Moldovan government at the European Court of Human Rights for violating Hyde Park's right to free assembly, it's the latest step on a controversial trajectory.

Although TV Rain is entirely in Russian, Brega is presenting in Romanian. “But,” as he is quick to point out, “our fight isn't against Russification. It's about human rights and freedom of expression for everybody.”