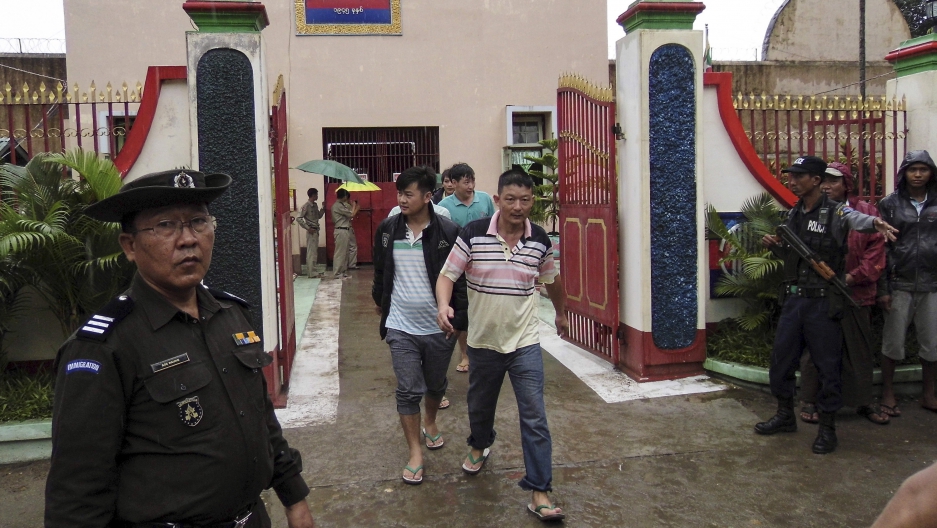 Chinese nationals, who were jailed for illegal logging, walk out of Myitkyina prison after being released during an amnesty in Myitkyina, the capital of Kachin State, in northern Myanmar, July 30, 2015.

President Thein Sein issued a series of pardons for hundreds of criminals, including 210 foreigners, 155 of whom were Chinese loggers who had been sentenced to life in prison.

Life sentences are not unheard of.

"The Burmese often give what we would call very long prison sentences," says professor David Steinberg, a specialist on Myanmar, the country formerly known as Burma.

The massive release is being read by most as a political move. Myanmar is having parliamentary elections Nov. 8, which will indirectly decide who is president. Sein is likely to be a candidate again when presidential campaigns begin in August.

"This is an attempt, I'm sure, by the government to improve its image to the people." says Steinberg. Some of those released may have included political prisoners — former military intelligence officials imprisoned in 2004. Sein has promised to release all of them.

Steinberg says the release of the Chinese loggers is also a political move to assuage China, a powerful and needed ally:  "Burma is always very careful in relations with China." The Chinese citizens had been arrested for illegal logging along the border.