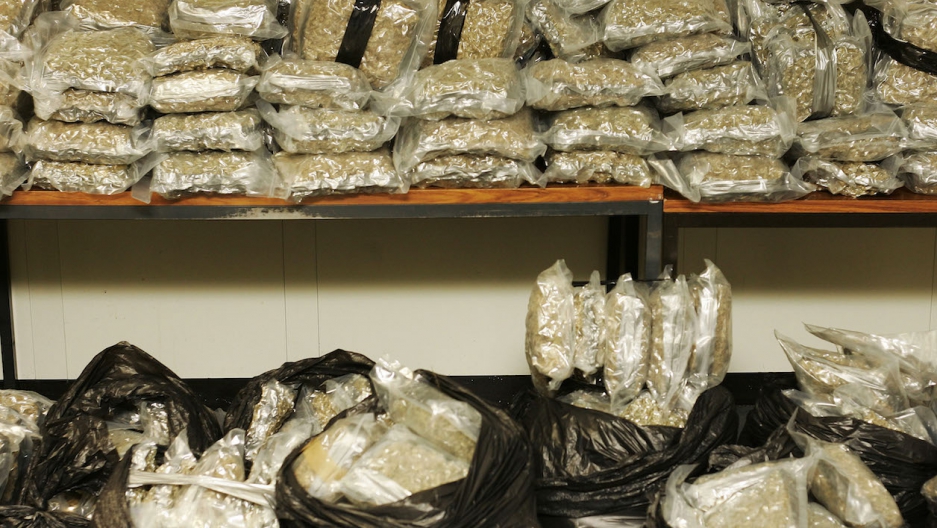 The authorities confiscate bags and bags of marijuana illegally entering the country, but that's not really what the public wants.
Credit: Mark Renders
Share

LONDON, UK — Will we soon see Britain’s lawmakers debating marijuana decriminalization on the floor of the House of Commons? Almost definitely.

A citizens’ petition to fully legalize the drug’s use, possession and sale has received more than 170,000 signatures in the week since a 25-year-old economics student posted it to the UK government’s e-petitions site.

The House of Commons will consider any issue with more than 100,000 signatures, and Parliament is expected to schedule the debate on cannabis this week.

But despite support for decriminalization among the public and police officers, drug policy experts think the chance the government will legalize marijuana at this point is only slightly more likely than, say, Queen Elizabeth II toking live on television.

“There’s just no way they’re going to legalize cannabis in this climate. There’s no chance at all,” says Caroline Chatwin, senior lecturer in criminology at the University of Kent.

Under Prime Minister David Cameron, the government has taken a firm anti-drug stance. It stripped proposals to reform the country’s drug laws out of a report published last fall.

Parliament is currently considering a bill that would ban all “psychoactive substances,” including legal highs like laughing gas. The government is keen to get that passed.

So legalizing pot while criminalizing poppers? Nope. Not happening.

“Politicians are behind the curve compared to the public on this issue,” says Niamh Eastwood, executive director of Release, a UK advocacy group that lobbies for drug policy reform.

More than half the British public supported marijuana legalization in a 2013 survey. Evidence shows the police favor easing the laws as well.

With police forces around the country facing steep austerity-era budget cuts, even many law enforcement officials are no longer willing to incur those costs.

“It has never been a top priority to go looking for cannabis in people’s houses,” Sara Thornton, head of the National Police Chiefs’ Council, told the BBC on Tuesday. “If somebody was caught they would be dealt with at the very lower end of the scale.”

More from GlobalPost: The legalize it push in the UK and Australia

But experience has taught Britain’s politicians that a liberal take on drugs doesn’t pay politically.

Arrests plummeted. But after a bunch of negative media coverage warning of the potential mental health effects of marijuana use, the government reversed course and reinstated the harsher controls.

For the Labour and Conservative parties, the politically embarrassing episode was a lesson learned.

“When the Labour government did listen to the public and the police, it did swing back to bite them on the bum,” Chatwin said.