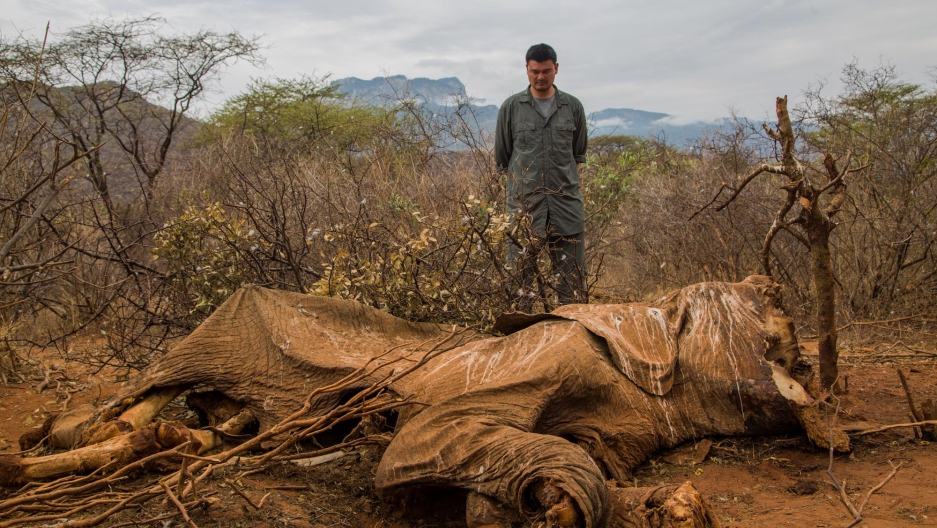 Yao Ming, Wild Aid Ambassador and China's retired NBA star, looks at the carcass of an elephant in Samburu, Kenya, while in the country to film a feature-length documentary called “The End of the Wild.”
Credit: Simon Maina
Share

Do you want the bad news or the even worse news?

The bad news you probably already know: Cecil the lion, one of Zimbabwe’s best loved wild animals, was slain last week at the hands of unscrupulous safari guides and, it’s claimed, a crossbow-happy dentist from Minnesota.

Cecil’s death, sadly, is only the tip of the iceberg — and unlike the real icebergs we’re so intent on melting, this one ain’t shrinking, it’s growing. Each year humans deliberately kill thousands of the animals we’re privileged to share the planet with, even the ones we nominally call “protected.” Not content with destroying their habitats and compromising their food supply, some members of our species hunt and slaughter creatures that are already struggling to survive.

It’s not just humans who want to shoot something. More often it’s organized criminals who want to cut up animals and sell them to different humans who think they’ll make them live longer or look good on a wall. Other times it’s impoverished people looking for ready cash, or even a meal.

Whatever poachers’ motivations, they’re threatening to wipe some of the most vulnerable species off the face of the earth. Here are six animals that, like Cecil, poaching might rob us of forever. 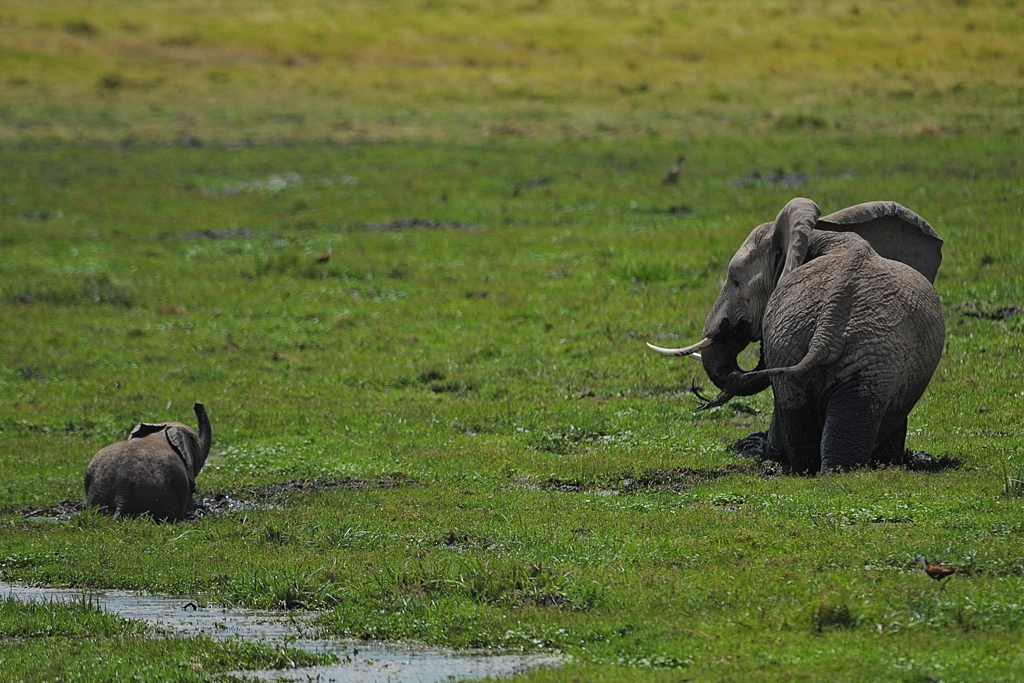 An elephant and her calf graze at Amboseli National Park, southeast of Nairobi.

Right now, poachers are the single biggest threat to elephants’ survival. After decades of decimation of elephant populations for their ivory, the international trade in “white gold” was banned in 1989. Yet people’s persistent willingness to hand over bigger and bigger sums of money for dead elephant tusk — in China, $2,100 per kilo on average as of last year — has made it more tempting than ever for profit seekers to kill elephants illegally. The most comprehensive survey to date stated that 100,000 African elephants were poached across the continent between 2010 and 2012. According to those figures, in 2011 alone poachers killed roughly one in every 12 African elephants.

Sometimes elephant poachers, like Cecil the lion’s killers, use bows and arrows as their weapon of choice. Sometimes they tip the arrows with poison, like the people who last year slaughtered one of Kenya’s most famous elephants, Satao, and hacked off his magnificent 6.5-foot tusks. Other hunting expeditions have seen gangs turn grenades and AK-47s on entire herds, even within the supposed shelter of national parks.

Asian elephants, considered an even more vulnerable species, are also hunted for their tusks, body parts, meat and hide. Unlike their African cousins, only male Asian elephants have tusks — a fact that makes the consequences of poaching even more devastating, since the selective killings of bulls creates a gender imbalance and thereby reduces reproduction in the remaining population. 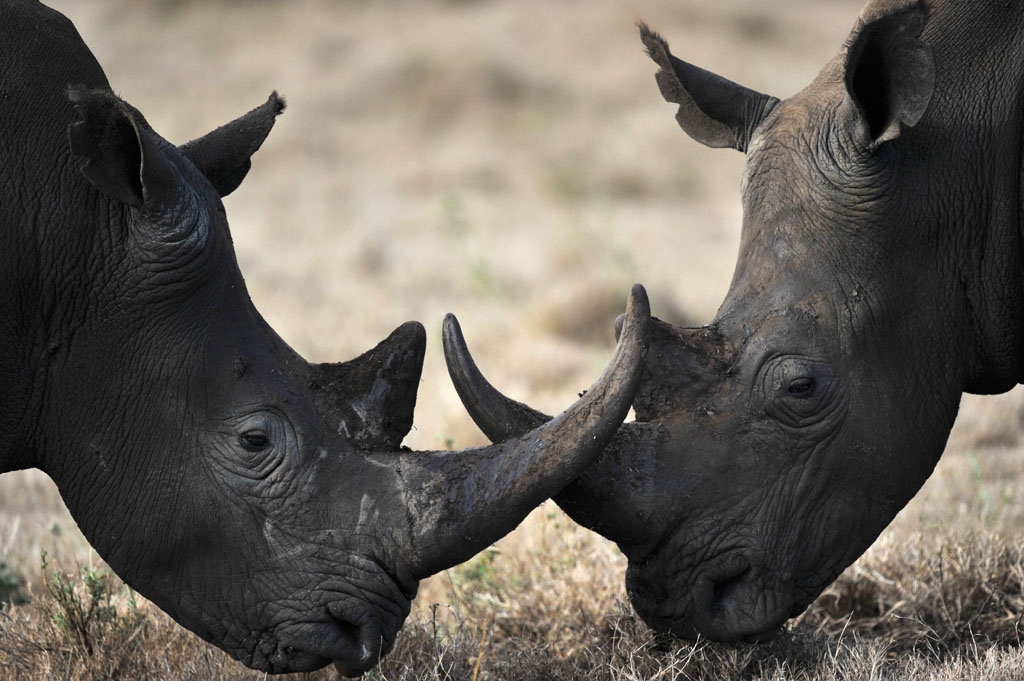 Rhinoceroses, like elephants, suffer the misfortune of having an external protrusion that humans arbitrarily place a crazily high value upon. Crazy, crazy high: rhino horn was reported to be selling for $65,000 per kilo in 2012, making it more expensive by weight than gold, diamonds or cocaine.

The demand comes from Southeast Asia, particularly Vietnam, where some people believe that consuming rhino horn — approximate nutritional value: human fingernails — will cure everything from cancer to hangovers to a dull night out. The black market demand for rhino horn has led to a surge in poaching of the critically endangered black rhino and the more numerous southern white rhino across southern Africa since 2008. This is especially the case in South Africa, where illegal killings hit another record high this year at 393 in the 12 months till April. And that’s not counting legal deaths. Trophy hunters can pay more than $100,000 for the “right” to kill a rhino and keep its horn, under a government scheme that allows hunters to shoot one rhino a year with the proper permit. Many suspect it’s open to abuse by people who’ve come for the horn, not the hunt. Either way, the rhino ends up dead.

Finding themselves faced with more and more mutilated rhino carcasses, horns hacked off sometimes while the animals were still alive, authorities are resorting to increasingly drastic methods to try and protect the rhinos that remain, from drone surveillance to a rhino DNA database to even poisoning rhinos’ horns. So far, it’s not working. The western black rhinoceros went extinct in 2011. The rest of Africa’s wild rhinos could follow suit within 20 years. An endangered Sumatran tiger is placed in a transport cage in Banda Aceh on April 26, 2010 to be relocated to a safari park in Jakarta.

Fact: humans are the worst thing ever to happen to tigers. We'd hunted them down to just 5,000 and 7,000 individuals worldwide by the late 1990s. That was considered a dangerously low number then. By 2014, it had halved. Some estimates say fewer than 2,500 mature tigers currently exist in the wild.

The problem is our passion for every part of them: Tiger skins, bones, teeth, claws, tails and even whiskers find a place on the black market as decorative items or ingredients in traditional Asian remedies. The illegal trade is further fuelled by tiger farms in China and Vietnam, where large numbers of the animals are bred for their body parts. Depressingly, as many as three times more tigers exist on such farms than in the wild. Elsewhere, tigers are reared to be killed in “canned” hunts by trophy seekers.

Even in the wild, we’re killing tigers faster than we can destroy their habitat. The most haunting proof that poaching is the greatest threat to tigers? “Empty forest syndrome”: Roughly 620,000 square miles of what should be tiger habitat currently lies unoccupied. 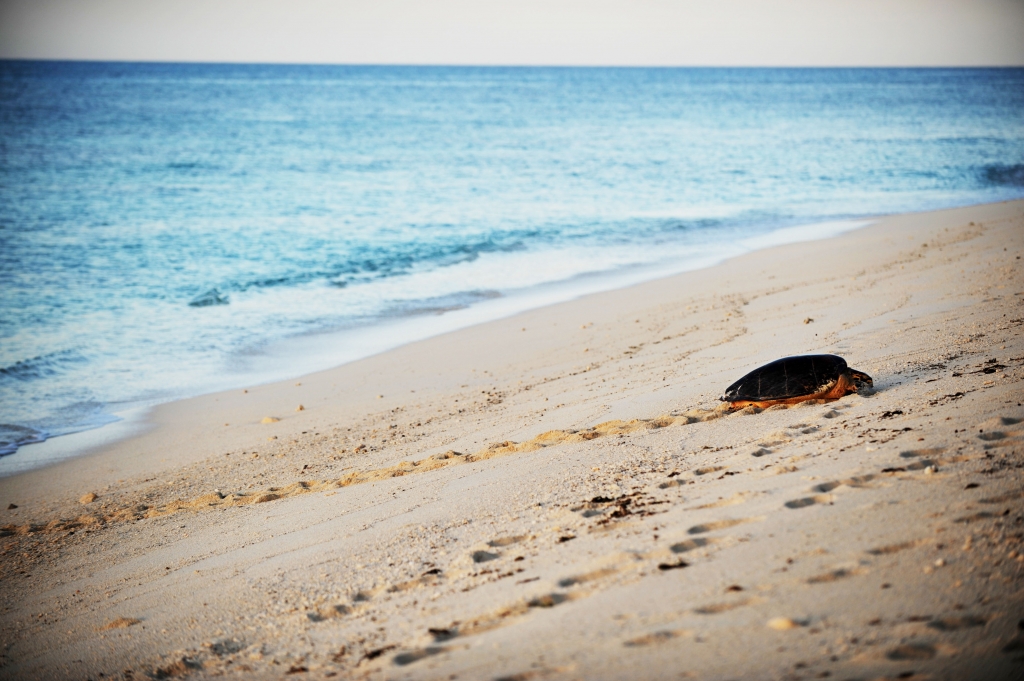 A hawksbill female turtle makes her way up the sandy beach in one of the Seychelles outer islands as she looks for a place to nest her eggs, November 25, 2009.

Don’t imagine that poachers only ransack the land. Oh no, they find plenty to kill in the sea, too. One of their most popular targets is the hawksbill, the tropical turtle whose beautiful yellow-and-brown shell provides the commodity known as tortoiseshell. Millions of the animals have been killed over the past century to feed the fashion for tortoiseshell jewelry, glasses, ornaments, instruments and other items, with the result that the species is now critically endangered. The international trade has been banned for almost 40 years, but a black market continues to thrive in Asia, notably China and Japan, and in the Americas.

Hawksbills are also killed for what’s under their shell — their meat. Either it’s eaten by humans, or used as bait to catch sharks. Other parts of their body are used to make leather, perfume and cosmetics, or stuffed whole and displayed as “decoration.”

For all sea turtles, including the leatherbacks and green turtles that also find themselves on the receiving end of poachers’ deadly attention, poaching is potentially catastrophic. The animals take so long to reach breeding age — more than 30 years, in some cases — that many are killed before they ever have the chance to reproduce. 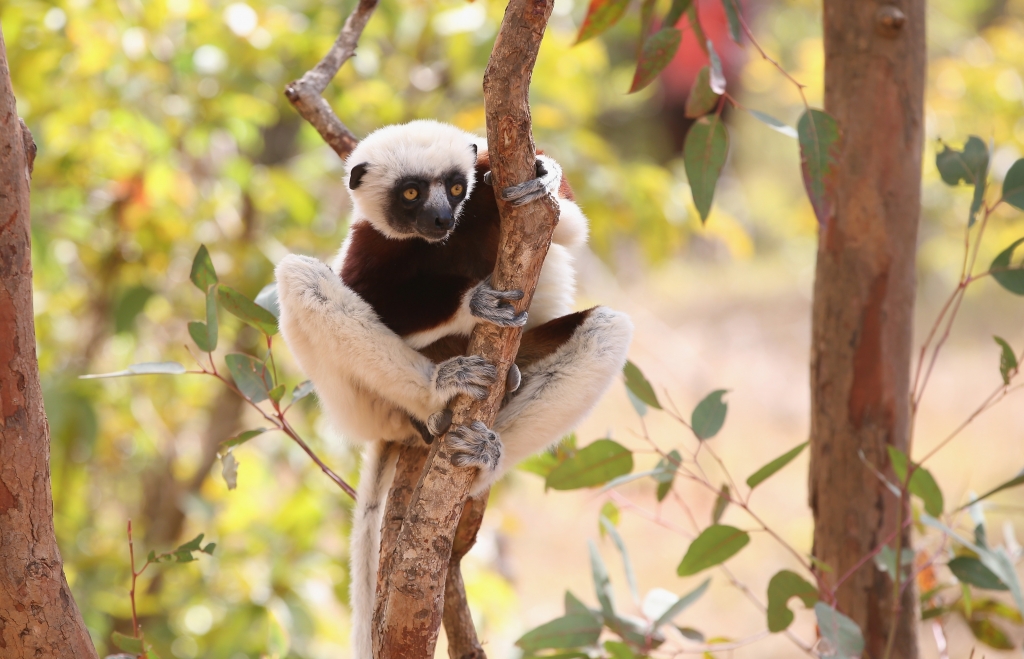 There are no mammals on earth more endangered than lemurs — and yet, we’re still hunting them. Over 90 percent of all species of the big-eyed primates — found only on the island of Madagascar — are considered vulnerable, endangered or critically endangered.

Deforestation and climate change are largely to blame for their decline. But hunting lemurs for their meat, which has reportedly increased in the chaos that followed Madagascar’s 2009 coup, is also diminishing their tiny numbers. Despite legislation that makes killing them illegal, lemurs are poached either to be sold to restaurants or simply to be eaten by impoverished locals desperate for food.

The tragic irony is that a lemur in the hand is worth much less than two in the bush. Like lions in Zimbabwe, lemurs are a huge tourism attraction for Madagascar and will always make more profit for more people alive than dead. Not to mention the fact that NO ONE SHOULD BE KILLING LEMURS ANYWAY. Still clinging on to a scrap of faith in humanity? Prepare to drop it, quick. We humans are slaughtering the greatest of our fellow great apes, the gorilla.

Gorillas used to be protected from our murderous appetite by the huge tracts of unspoiled forest in Central Africa that they lived in. But then — oopsy! — we spoiled it. Logging, new roads and the migrations caused by successive wars brought people within firing range of gorillas. You can guess what happened next. What began as subsistence hunting quickly grew into an illicit commercial trade in gorilla meat that sees the animals butchered, transported and sold on. An increasing number of them make it as far as cities, where restaurants serve up “bushmeat” to wealthy clientele who like their dinner endangered.

If that weren’t enough, poachers have begun to target gorillas for their body parts, to be used in folk remedies or simply as trophies. Heads, hands and feet are said to be particularly popular.

Other gorillas are casualties of other crimes in their protected habitat. In the Democratic Republic of Congo’s historic Virunga National Park, mountain gorillas have been found shot through the back of the head, execution-style, in attacks blamed on traders who illegally harvest wood to make charcoal from the protected forest.

All species of gorilla are suffering, including the critically endangered western lowland gorilla. Combined with habitat loss, climate change and disease, numbers are now so low and reproduction so limited that the deaths of even a few animals at the hands of poachers stand to have a major impact on the population. According to the International Union for Conservation of Nature, by the middle of this century we may well have wiped out more than 80 percent of all western gorillas in just three generations.