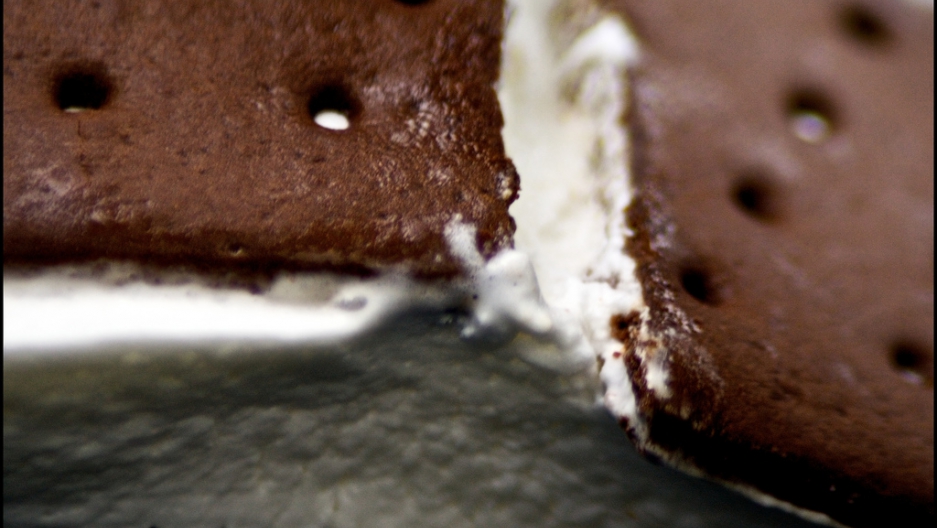 In July 2014, a Cincinnati woman created national headlines when she made a shocking discovery about ice cream sanwiches. Consumer reporter John Matarese with Cincinnati TV station, WCPO, even covered it.

July is National Ice Cream Month. Last July, a Cincinnati woman made national headlines when she made a discovery that shocked her.

After sitting out for hours in the summer heat, an ice cream sandwich still appeared intact and just slightly melted. What gives? What natural (or unnatural) ingredient could make this frozen treat withstand 80 degree temperature?

Maya Warren, an ice cream expert and doctoral candidate in food science at the University of Wisconsin thinks she has the answer. Warren says the ice cream sandwich did, in fact, melt.

But is melting rate something that is consistent in ice cream from brand to brand? What helps ice cream keep its shape even as it warms up? Warren says there’s actually little need for binding agents, such as gelatin, in ice cream.

"Actually, you know, we can use something that's free and that we’re in every day: air,” Warren says.

Science Friday conducted its own not-so scientific experiment. Three ice cream cones were observed as they melted to determine which melted fasted and which best retained its shape.

“At the end of the day, all ice cream will melt, but does all ice cream collapse? That's the real, real question," Warren says. "Microstructure’s really, really key in ice cream."

Warren finishes her Ph.D. this summer. She’s working on a possible television show about frozen desserts around the world, exploring and explaining food science. She has experience with TV — she was part of a two-person team that won a recent season of The Amazing Race.

Still, becoming an ice cream scientist is a dream job.