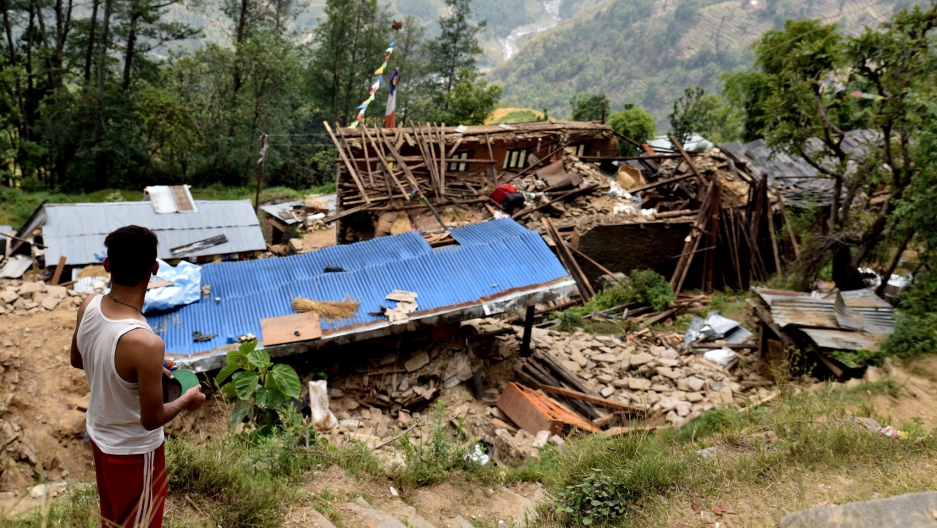 A resident in Sindhupalchowk District surveys the wreckage after the Nepal earthquake. The entire village was destroyed by the quake, and people are now living in temporary shelters.

It’s been almost three months since the 7.8-magnitude earthquake killed thousands, and only two since the powerful follow-up 7.3-magnitude quake added hundreds more to that count.

Since then, aid workers in the country have scrambled to provide temporary shelter, food and medical supplies to those affected by the earthquakes. But another threat hangs over their head: landslides.

People in Nepal dealt with landslides long before the latest earthquakes. In recent years, climate change has exacerbated the problem, increasing the threat of flooding due to melting glaciers and causing more intense monsoon seasons.

But the current monsoon season, which stretches from June to September, is more unpredictable than ever, because of the earthquakes.

“The earth particles are not as tightly stuck together as they normally are, so the water that comes down now from the rainfall in the monsoon will cause substantially more landslides than it would in normal years,” says Lex Kassenberg, the country director for CARE International in Nepal. 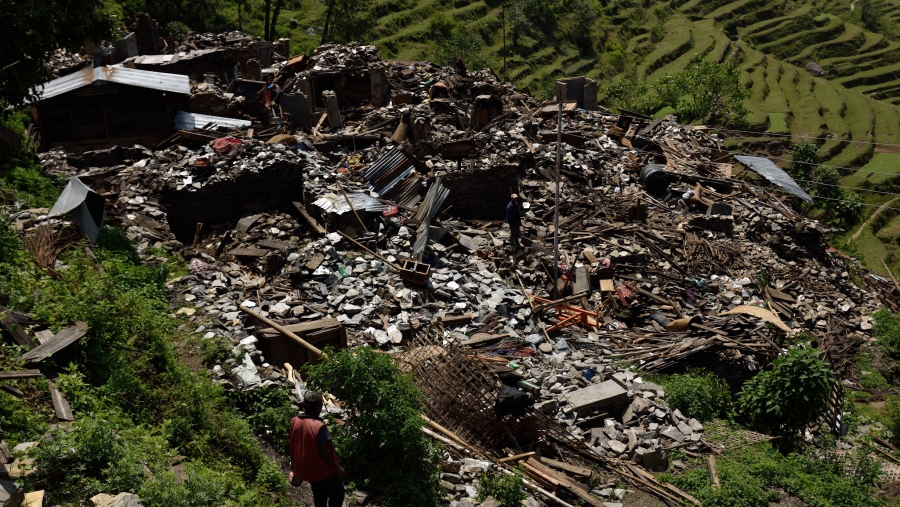 More than 40 households in Barpak village were forced to relocate after the April 25 earthquake and subsequent landslides. The village was located at the epicenter of the April 25 quake.

Days before the April 25 earthquake, The South Asian Climate Outlook Forum released a seasonal outlook for the region, which predicted below average rainfall for the current monsoon season. But Dave Petley, the Pro-Vice-Chancellor of research and enterprise at the University of East Anglia says that those predictions don't make much of a difference.

There is a huge amount of uncertainty in regional forecasts. And regardless, he says, the report uses data about the average rainfall over a relatively long period of time. Landslides aren’t caused by rain over time.

Petley is behind “The Landslide Blog,” which comments on the latest landslides around the world and the research surrounding the topic. Generally, he says, people who have lived in landslide-prone areas know where and when to expect them, based on what has happened in past monsoon seasons. But this year, because the ground has shifted so dramatically, those types of predictions are all but useless.

Last month, the Earthquakes Without Frontiers project, which tracks earthquakes worldwide and works to protect vulnerable areas and communities, released a density map of landslides since the initial 7.8-magnitude earthquake. 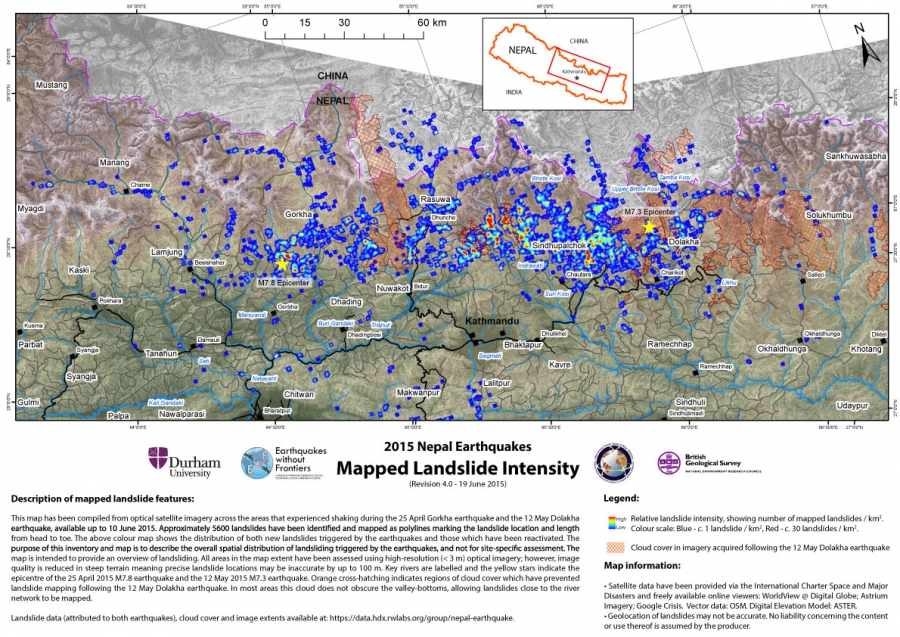 According to Earthquakes without Borders, there have been about 5,600 landslides since then.

For now, Kassenberg and his team are playing a dangerous guessing game. Back before monsoon season and until now, CARE International — along with other aid organizations in the area — setup camps deep in remote areas. The idea is that when these communities are cut off by landslides, there will already be supplies there.

"It's a wild guess," he says. "Maybe it's not necessary, although that's unlikely. We expect quite a lot of landslides, but whether we will be able to pre-position stocks [of supplies] in these advance camps that are adequate to cover everyone in every incident, that remains to be seen. ... Every agency is trying to prepare for these eventualities."

And Kassenberg says that after monsoon season ends, Nepal will face even more problems.

With large groups of displaced people comes a host of other problems, especially medical problems. Steve Stirling, the president and CEO of MAP International, says there's already a huge demand for medical supplies. Based out of Georgia, MAP International works with partners on the ground to deliver medication and supplies to local health professionals. He says that there was definitely a surge of demand in April and May, right after the earthquakes. But as time goes on and more communities are forced to relocate to lower ground, Nepal is facing huge problems around sanitation and water-borne illnesses.

"The initial impact of a disaster is just the tip of the iceberg," he says.