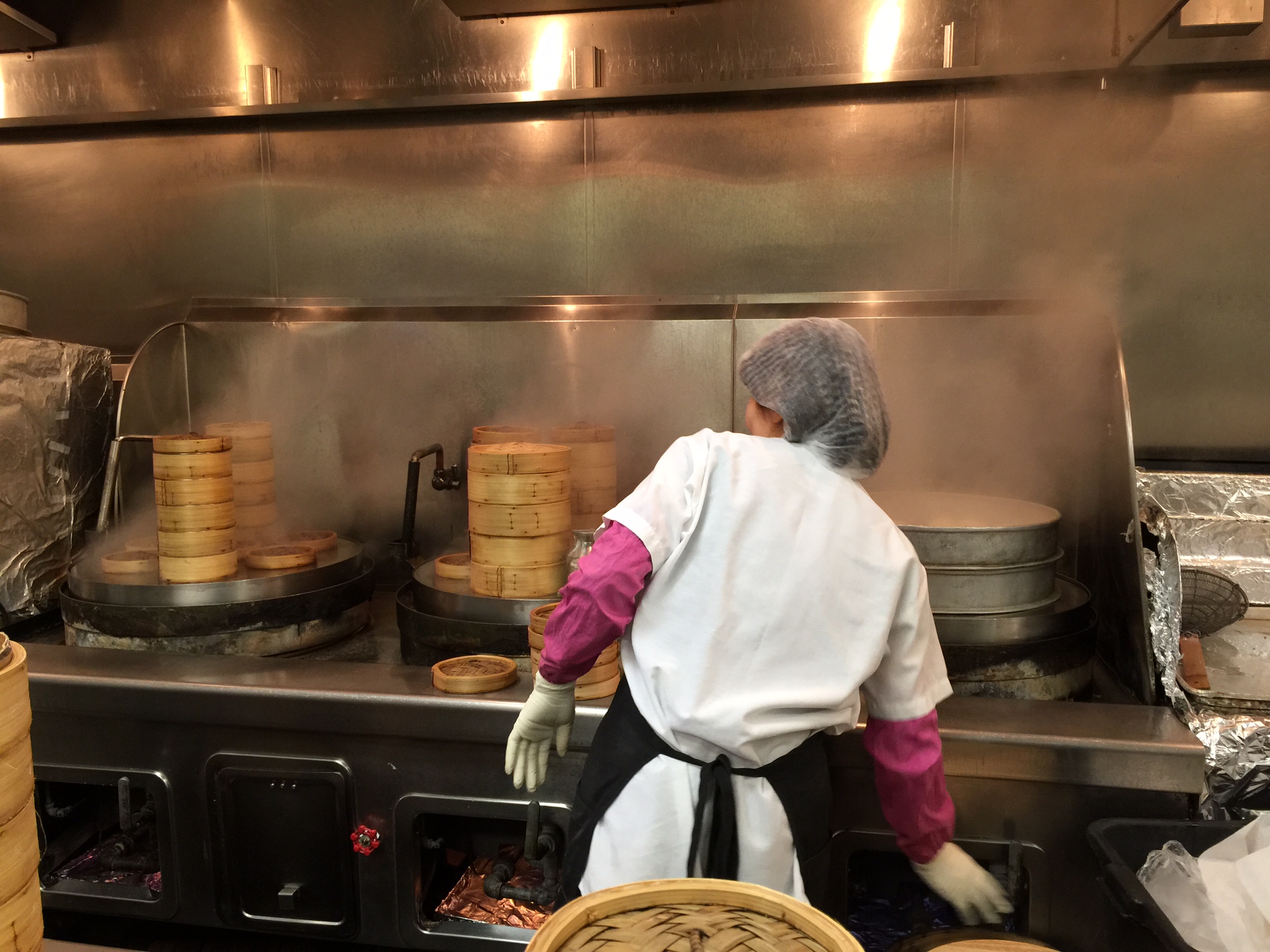 Prep chefs work in the kitchen at the Yank Sing restaurant in downtown San Francisco. Workers at Yank Sing won a fight against wage theft that led to the payment of $4 million in back wages to 280 current and former employees.

Minimum wages are moving up in parts of the country. While that's celebrated, wage theft remains a big worry for many workers and labor advocates. It's what makes the successful fight for lost wages at the Yank Sing restaurant in San Francisco a rare case — and one that shows just what it takes for low-wage workers, many of them immigrants, to speak up.

Yank Sing is often listed as a go-to restaurant in the city. It's located in a shiny downtown high rise, and is known for its floor-to-ceiling water fountain that has welcomed countless Chinese wedding banquet guests. Then news broke last fall that many hourly workers at Yank Sing were longtime victims of wage theft.

Wage theft is when employers force employees to work off the clock or don’t pay them for overtime. It's a problem that often goes unreported, labor advocates say. But at Yank Sing, workers organized — and won. In November, the restaurant and its employees announced that roughly 280 current and former Yank Sing workers had won a $4 million settlement — one of the biggest of its kind.

But it wasn’t easy getting there.

Behind the scenes, a core group of low-wage immigrant workers who speak little English waged a campaign for nearly a year and a half. They feared that their activism might get them fired, but gradually they organized fellow workers, who had plenty of reasons to back down.

Li Xiu Zhen was one of the leaders of the worker campaign. 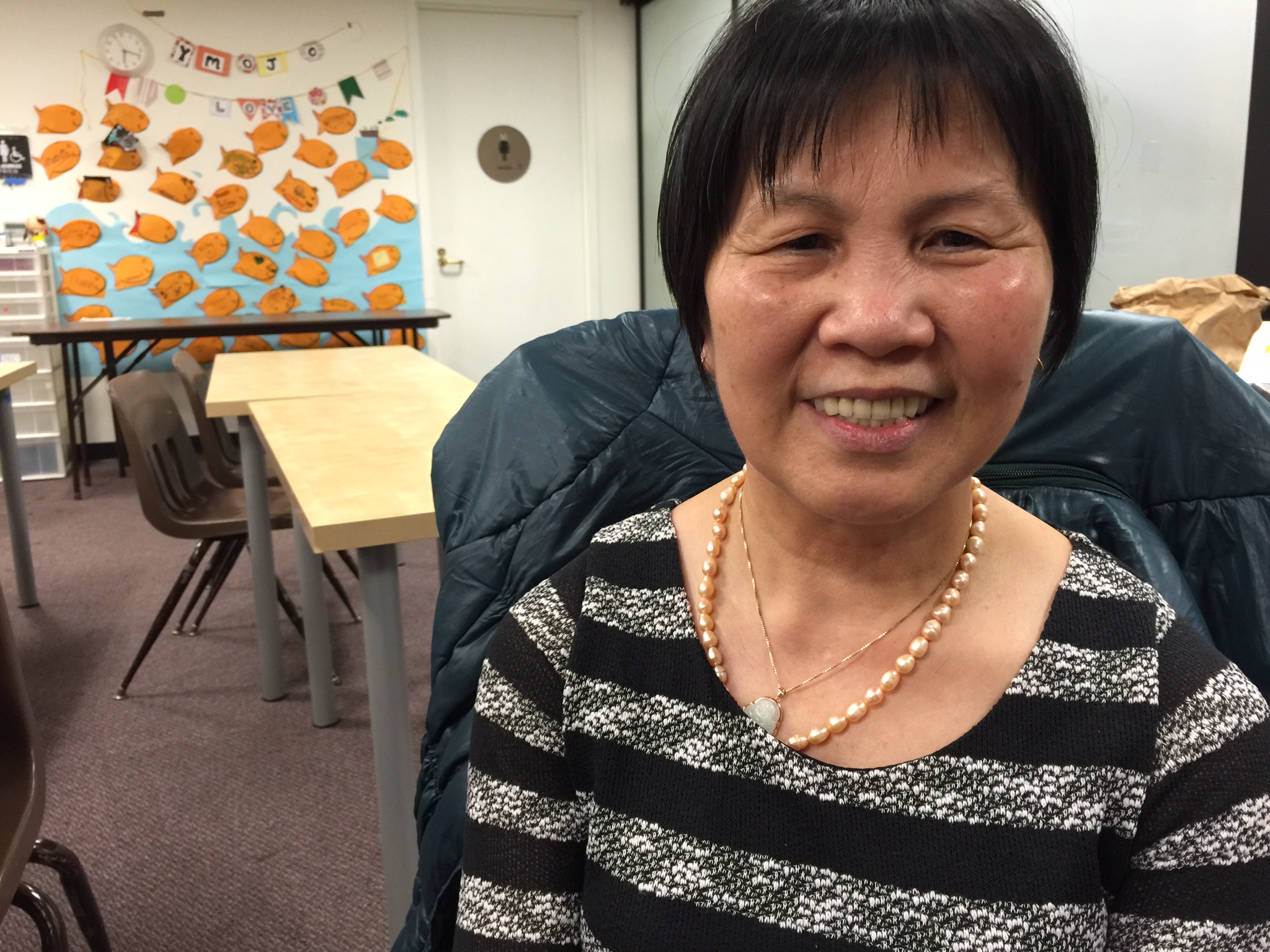 Yank Sing fry cook Li Xiu Zhen was one of the lead organizers to fight for lost wages at the Yank Sing restaurant in San Francisco.

Li, 61, is from southern China, the birthplace of dim sum. For the past six years at Yank Sing, she has spent most of her time frying sesame balls, wrapping wontons and peeling shrimp, earning a little more than minimum wage, which in San Francisco is $12.25 an hour. For years, she put in 11- or 12-hour days, but, until recently, her paycheck only reflected eight hours of work.

That is one of the violations that the California Labor Commissioner's office found in its investigation of Yank Sing. An attorney for the agency, David Balter, said managers also took tips and employees like Li were forced to work off the clock.

Labor advocates say wage theft cuts across many industries. Haeyoung Yoon, with the National Employment Law Project, said three out of four low-wage workers in the US weren’t properly paid for overtime in 2008. “We say this is one of the defining trends of the 21st century labor market,” Yoon said.

Advocates say workers in this situation often just keep their heads down.

At first, Li worried she might be fired if she complained. But she knew her co-workers were growing more frustrated over how they were treated at Yank Sing. In an earlier restaurant job, she had won back pay. She thought it could also be done at Yank Sing.

She doesn’t speak any English, but she decided it was time to speak up. She started organizing her colleagues. “After work, we would go to their homes, and talk openly one-on-one,” Li said. Meetings would sometimes go until midnight, and momentum started building.

When the workers came forward with their complaint, Yank Sing’s owners, Henry and Judy Chan, listened. “I think our ownership was genuinely shocked when they found out and were made aware of these issues,” said Jonathan Glick, the restaurant’s manager. He's part of the new management team. The Chans have replaced three-fourths of the old management team after learning about the labor violations.

Along with agreeing to pay four years worth of back wages, Yank Sing's owners also now ensure that workers get proper breaks and use timesheets to track their hours. They also all have fully paid health insurance.

Yoon says the Yank Sing victory is part of a movement that has grown nationally over the past couple of years. Fast-food workers, retail workers, restaurant workers and domestic workers are "really coming forward to demand better wages, better working conditions,” Yoon said.

Shaw San Liu is with the San Francisco-based Chinese Progressive Association. Throughout the campaign, her organization and the Asian Law Caucus helped the Yank Sing workers understand their rights, organize as a group and take their requests to management.

Liu said she’s proud to see what benefits these immigrant workers have won.

“All of these things, they’re pretty unheard of to happen in this industry,” Liu said. “We think it sets a precedent for other restaurants.”

Now Li hopes the Yank Sing case will help other workers fight wage theft and have "better lives,” she said.

The campaign also changed her, she said. She learned she could sit at a negotiating table with managers who she was once nervous just to talk to. And she’s keeping up her fight for workers rights, by helping organize workers at other restaurants to speak up against abuse.

She also said that daily life is easier, too. “Of course, things are much more relaxed, much happier now,” Li said.

She can now leave work in time to enjoy simple things, like buying groceries to cook her own family’s dinner.