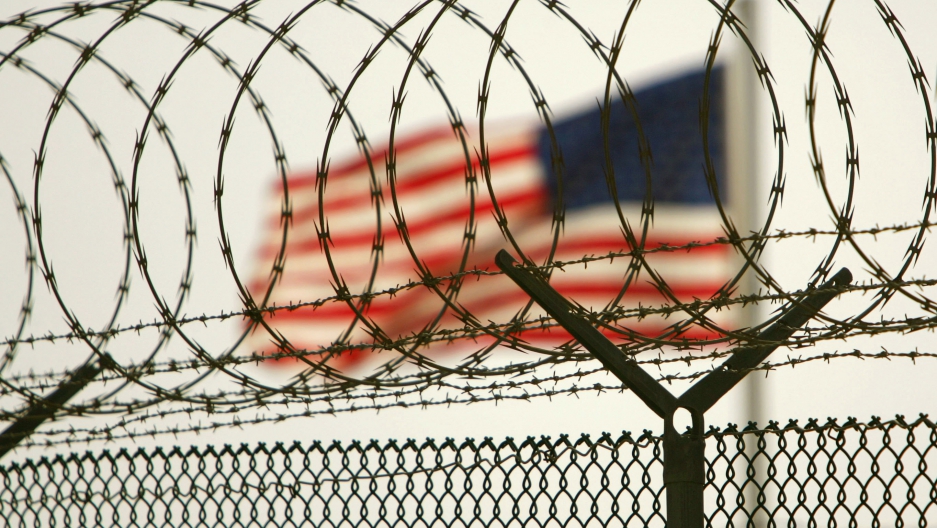 Among the lawyers who've worked for detainees at the US military base on Guantanamo Bay are attorneys who've long been jittery about their surroundings.

Signs at the war court compound warn that the water isn't potable. The tents and containers where many live sit atop a former dumping ground for jet fuel.

Now some of the military and civilian personnel claim this environment might be causing those who work at the base to develop cancer.

"They say the jet fuel could have been a source of carcinogens and there might be asbestos in an old building that was initially used to house the trials," says Reuters investigative reporter David Rohde, who was the first to write about the issue.

The alleged cancer link is raised in a complaint a Navy Reserve attorney filed recently with the Pentagon. The complaint argues that environmental problems at the war court compound on the military base might be behind seven recent cases of cancer in civilian and military personnel, including three deaths in the last 13 months. That's out of a group of 200 people who worked in the area.

Detainees are housed a significant distance away from the war court, and the complaint does not allege that they have been exposed to carcinogens.

Rohde admits it's notoriously difficult to prove an environmental link to cancer. The US Navy says it's launched its own investigation into the cancer deaths.

An alleged cancer cluster is far from the only reason the detention center at Guantanamo continues to remain controversial. Last weekend the Obama administration floated a revised plan for shuttering the facility, suggesting it might try to move to US prisons approximately a dozen detainees considered "too dangerous to release," while speeding up the discharge of 52 others already cleared for release.

Will the plan work?

Rohde says, "That's one of the biggest legacy questions of Obama's presidency."