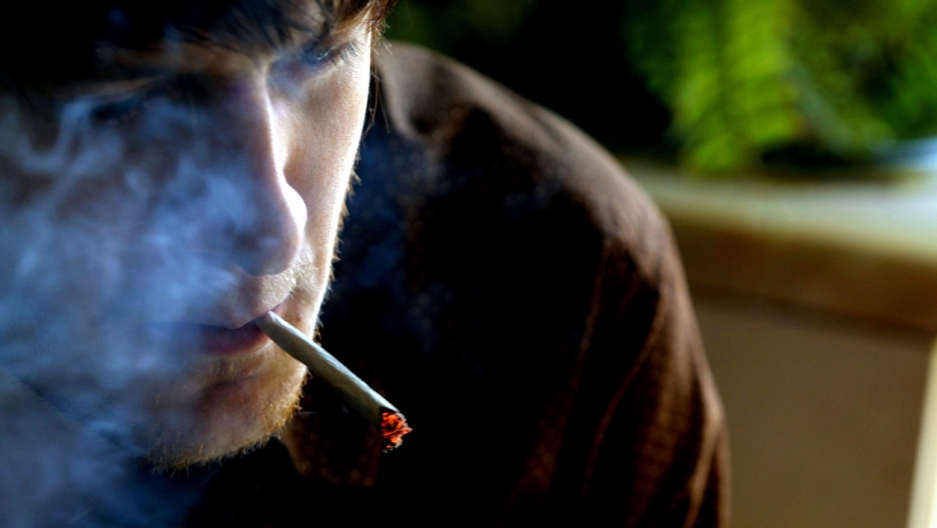 A man smokes marijuana at his home in East London. A new online petition is forcing Parliament to debate the legalization of the drug in the UK.
Credit: Sion Touhig
Share

More and more Americans are supporting marijuana legalization — and it's a fight that is picking up steam around the world.

And now, it looks like the UK and Australia could join the growing list of countries loosening the grip on marijuana use.

So what brought marijuana legalization to the front of the debate in both of these countries? Here's a closer look:

In the UK, a petition to legalize the use, sale and production of marijuana has gathered nearly 160,000 signatures in just five days.

Petitions with over 100,000 signatures must be considered by Parliament according to British law, meaning that legislators must now prepare themselves to debate the drug's legalization.

The online petition, created by James Richard Owen, argues that legalizing cannabis could bring in 900 million pounds ($1.4 billion) in taxes every year, save 400 million pounds ($622 million) on policing cannabis and create over 10,000 new jobs. The petition also claims that marijuana use is safer than alcohol and has been used by humans for thousands of years.

The petition follows the effective decriminalization of marijuana in Durham, England due to insufficient police resources. According to the Independent, Police and Crime Commissioner of Durham Ron Hogg said action would not be taken against individuals cultivating marijuana for medicinal purposes. Marijuana was made illegal in 1928 in the UK when the Dangerous Drugs Act of 1926 came into effect. Today, handling weed there could result in up to 14 years in prison, an unlimited fine or both.

Despite these penalties, 2 million Brits used the drug last year, according to the 2014 Crime Survey of England and Wales.

The UK Petitions Committee will schedule the date when Parliament will debate legalization when it meets again in September.

While popular support of legalization is evident, Parliament appears less receptive. The Conservative-majority government made one of its first pieces of legislature a bill banning any new psychoactive drugs, regardless of evidence of harm.

In contrast to the United Kingdom, pressure to legalize marijuana in Australia is not coming from weed-smoking Aussie citizens but from the government itself.

A Senate committee representing all of Australia’s major parties is preparing a bill advocating the legalization of medical marijuana. A vendor weighs buds for medical marijuana patients at a dispensary in Los Angeles on July 4, 2014.

A survey by Palliative Care Australia in May found that more than two-thirds of Australians support medical marijuana use.

Even Prime Minister Tony Abbott has joined the pro-legalization forces.

The Senate Committee is set to release its decision on Aug. 10.

Marijuana use has already been fully legalized in Portugal and Uruguay. Some possession, use, growing or sale of the drug is also legal in Colombia, the Czech Republic, Ecuador, Peru, Jamaica, the Netherlands, Norway, Spain, and the US states of Colorado, Washington, Oregon and Alaska. Medical use is permitted in Romania and 19 US states.