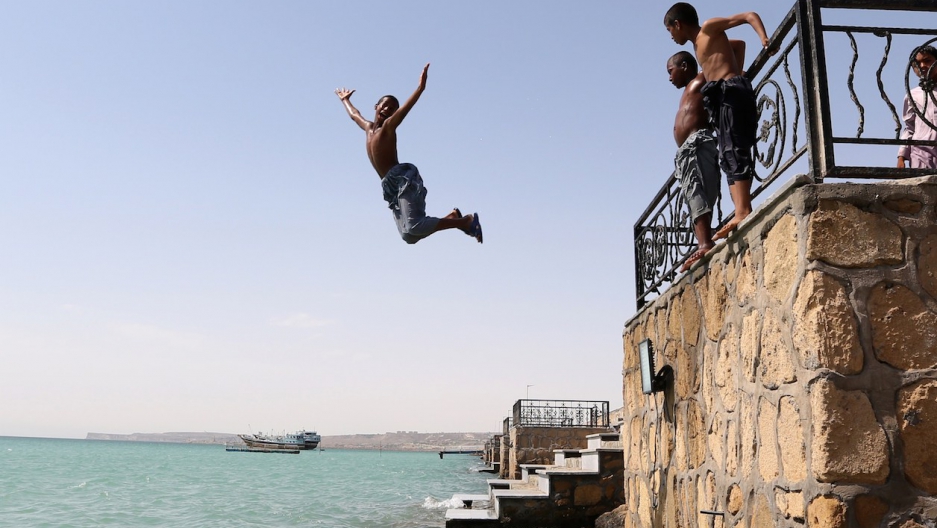 Not too long ago, mentions of "Iran" conjured in the minds of many Americans images of burning US flags and chants of "death to America."

That's still the case for a number of people, including some in Congress dead-set on rejecting a deal between Iran and six world powers, including the US, agreed on July 14. A thaw in the freeze between Iran and the US would mean many things — including a new destination for intrepid travelers.

Iran’s opening to the West is making it all the more tempting to visit the country formerly known as part of the “Axis of Evil.” It's already possible to visit Iran as an American, but it isn't easy. There's hope a deal will change that, as the renewal of diplomatic ties did for travel between the US and Cuba.

Since the election of President Hassan Rouhani in 2013, American tourism to Iran has grown, with the help of tour agencies, private guides and connecting flights from cities like Dubai and Istanbul.

Iran is now expecting a major tourism boost, estimating the number of total annual visitors to grow from five million to 20 million by 2025. Economic sanctions have made it impossible to make transactions with Iran, and even to use foreign credit cards there. Removing them will make it easier to book online for travel, transportation, hotels, and to make cash withdrawals inside Iran.

Contrary to popular belief, Iran is not a scary place for Americans. In fact, it's one of the most pro-American countries in the Middle East.

So, what have you been missing in Iran all this time? Quite a bit. Here are some of the highlights visitors can expect.

It may come as a surprise to some people, but Iran’s history goes a little further back than the 1979 Islamic Revolution and Iran hostage crisis. In fact, the country has a culture and history that dates back to an ancient civilization. Pretty much every Iranian will proudly tell you about it, whether or not you ask. 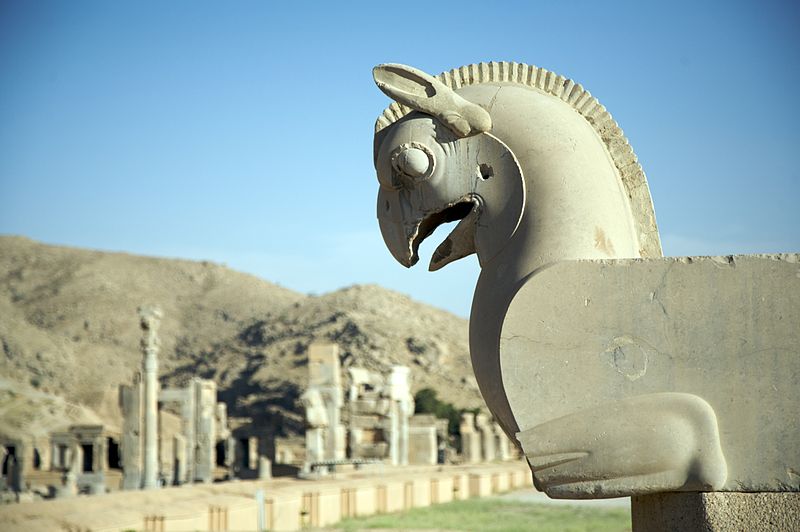 But best to start with what's already familiar: Visitors can pay a visit to the former US Embassy in Tehran — the historical setting in "Argo" — also known as the “den of spies.”

Once that's out of the way, you can get down to some truly far-back history.

Iran is home to 19 UNESCO World Heritage Sites, including the ancient ruins of Persepolis, near Shiraz, and Imam Square in Esfahan. The mosques that house the mullahs are wondrous. Make sure to visit the stunning Imam Reza Shrine in Mashhad, which draws in pilgrims from around the world. It's also one of the world's largest mosques, and its banquet halls will serve you a free meal and give you a tour of the premises.

There's also the colorful "Pink Mosque" (Nasir ol Molk Mosque) in Shiraz, which looks like the inside of kaleidoscope.

Recommendations: Every nook and cranny, but personal favorites are Esfahan, Hamadan, and Shiraz 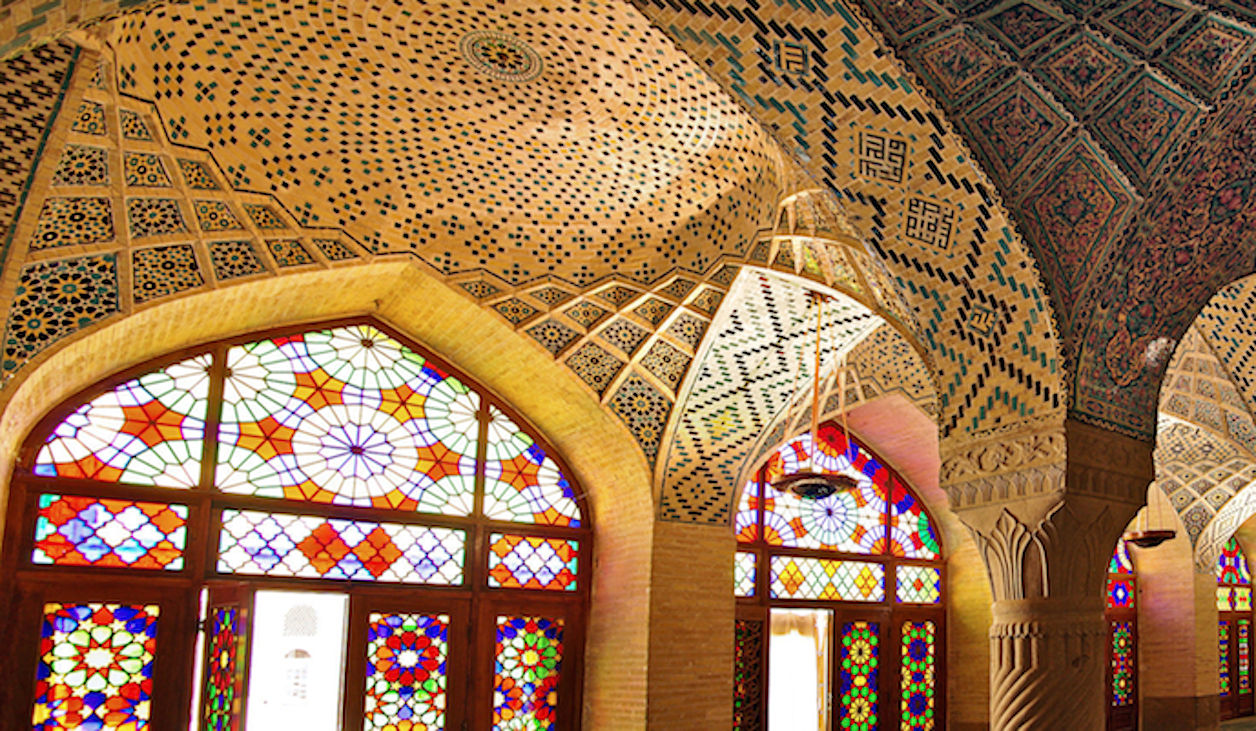 So what's Iranian food like? It's a shock to Iranians when visitors assume their national cuisine is spicy. There are different types of Iranian food in every province — various kabobs, soups, stews, rice dishes and desserts.

Some of the most popular dishes are gormeh sabzi (green herb stew), fessenjoon (walnut pomegranate stew), zereshk polo ba morgh (barberry rice with chicken), tahdig (crunchy rice, a side dish for stew), and of course kabobs. Don’t forget to wash your meal down with doogh, a yogurt drink. The best stews are homemade — and those shouldn't be hard to come by, as Iranians are hospitable and you’re bound to get several dinner invitations.

You can’t travel to Iran and not try Persian pizza. Some might be disturbed that Iranians drizzle ketchup on it, but it tastes surprisingly good. Homesick Americans can look for knock-off fast food joints like Super Star (also known as Carl’s Jr. or Hardees), KFC, or Iranian franchises like Boof and Avachi.

Murals of Khomeini’s visage and American flags with skulls aren’t Iran’s only artwork. The country’s art scene is thriving, with galleries where you can find everything from old Islamic art to modern works. At Tehran’s Museum of Contemporary Art you’ll find Jackson Pollack, Picasso, Andy Warhol, Marc Chagall, Henry Moore, and other Western artists on display in a collection estimated to be worth $2.5 billion.

Bonus: Pay close attention to public spaces. You may catch the work of Iran’s prominent underground graffiti artists, like Black Hand and A1one.

Recommendations: TMOCA, Carpet Museum (highlight: Persian carpet with the faces of US presidents), Treasury of National Jewels (highlight: houses the largest pink diamond in the world), Vank Cathedral Museum (Bonus: Bible verses written on a strand of hair in Armenian, and the smallest Bible in the world, written in seven languages). If you believe films like "Aladdin" or "Lawrence of Arabia," the Middle East is pretty much a vast stretch of sand — but there's snow here too. If you happen to be in Tehran during winter, make sure you visit one of the ski resorts in the grand Alborz mountain range, only about an hour away from the capital. Vogue magazine recently claimed the mountains could be the next Aspen. Why not? Everyone is dressed to impress, even though the resorts are affordable by Western standards, and the scenery could be mistaken for the Swiss Alps more so than Colorado.

What, you think Iranians don't wear swimsuits? They're big on going to the beach during the summer, whether it's hitting the Persian Gulf or Caspian Sea (be warned: it's HUMID). Once you're there, you can catch a sunset, ride a jet ski, scuba dive, or go parasailing. 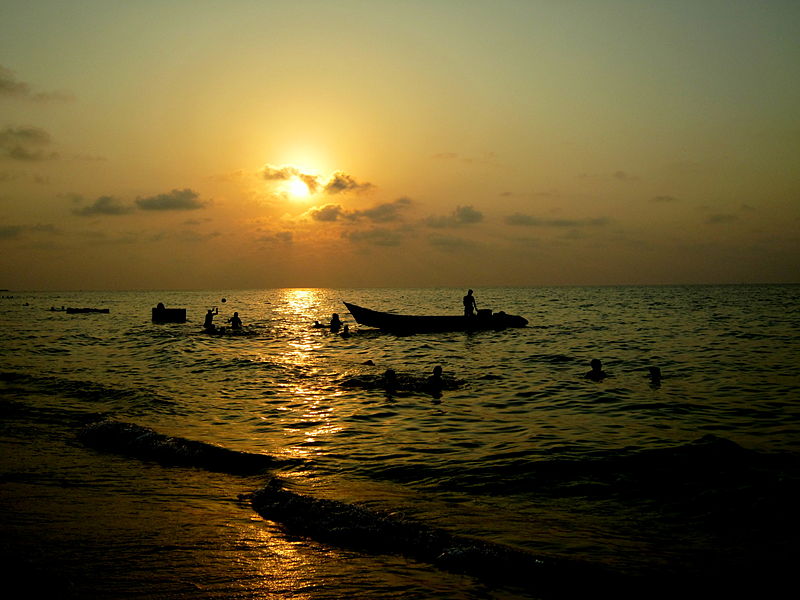 View of the Caspian Sea at sunset.

If you’re willing to part with family or friends of the opposite sex, you can hang out on the beaches, which are gender-segregated. On the women's side, it's like tanning in the South of France — depending on the beach. Perfect hair, makeup; it's all about what you’re wearing. Try not to show your surprise at the sight of high heels or topless Iranian women, they will think you’re weird.

If Bravo’s Shahs of Sunset is your point of reference for party-going Iranians, then you haven’t see how people get down in the motherland. Just watch this video from 1991 dubbed with Lil’ Jon’s “Turn Down For What."

Even though nightclubs are illegal, the underground parties held in a basements, living rooms, or villas on the outskirts of the city will feel like one — complete with disco balls, fog machines, and DJs. Alcohol will be there, too (either bootleg or black-market). If you’re not drinking aragh sagi (home-distilled alcohol) or homemade wine, expect to find Johnny Walker, Heineken, and Patron. Don’t believe it? Check out Rich Kids of Tehran.

Iran is known to be the home of the three C’s: cats, carpets, and caviar. But there's also a P: pistachios. They're delicious, and abundant.

Bring an empty suitcase, because every city houses a historic grand bazaar that is at least a few hundred years old. When you’re not taking photos left and right, you’ll want to buy all the handicrafts. And you cannot leave Iran without at least one Persian carpet. If you make it as far as Tabriz, Kashan, or Kerman, this is where you buy THE Persian carpet, with intricate designs, motifs and patterns.

Stamping Of Cloth (Passed Down From Generations) -- Esfahan, Iran