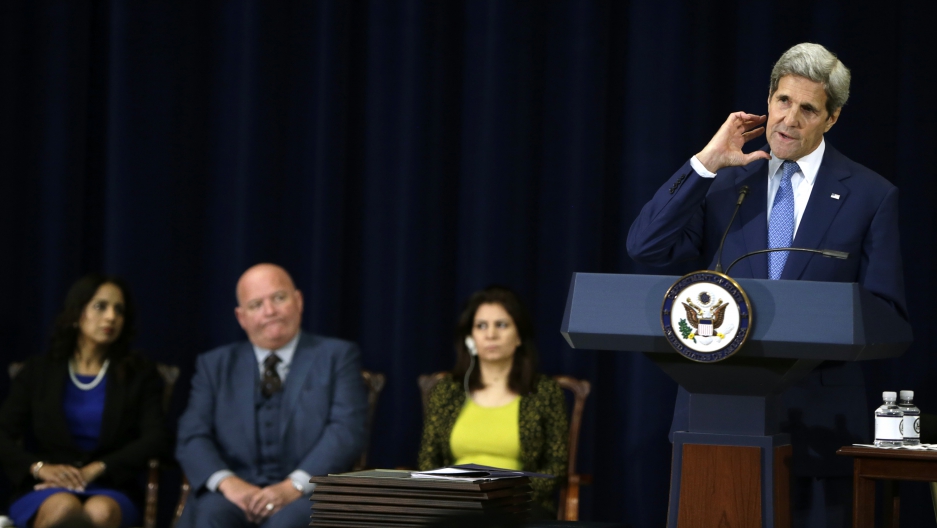 The US decision to remove Malaysia from the worst category in its 2015 Trafficking in Persons report, released today, has drawn flak from anti-trafficking groups and activists.

“The report best serves as a toilet paper as from now on no government will take the TIP report seriously,” said Charles Santiago, a Malaysian Member of Parliament and anti-trafficking activist.

In the annual report produced by the State Department to assess and rank the efforts taken by 188 countries to fight modern slavery and trafficking, the Southeast Asian country has been upgraded from tier three, the worst ranking, to tier two. Countries in tier two fail to comply with minimum standards, but are said to be making significant efforts to do so.

Santiago believed the upgrade was a political decision to facilitate Malaysia’s participation in the Trans-Pacific Partnership, a massive free trade deal with Malaysia and 11 other countries across Southeast Asia being pushed by President Barack Obama. The goal is to counter China’s growing influence in the region. Legislation recently enacted by Congress to give Obama fast-track authority to negotiate the trade deal prohibits the president from doing so with countries in tier three. If Malaysia remained in tier three, it could have jeopardized the whole trade deal, as Malaysia is a key player in the region. 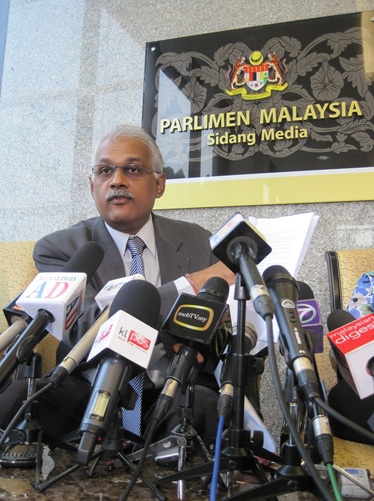 Malaysian Member of Parliament Charles Santiago speaking at a press conference in the Malaysia Parliament building.

“Clearly this is a case of business and US geopolitical interest dominating rights of the people,” Santiago added. He pointed out that the TIP report stands in stark contrast to the United Nations special rapporteur’s report on Malaysia, which he said is “far more serious” and addressed the issues of debt bondage, non-payment of salary and withholding of passports of migrant workers in Malaysia.

“[The TIP report] is laughable and a major disservice towards the fight against trafficking and forced labor in Malaysia,” Santiago said.

US Senator Bob Menendez, who added the amendment prohibiting Obama from fast-tracking negotiation with any tier three country, said the Obama administration has elevated politics over the most basic principles of human rights.

"In Malaysia, members of the Parliament, the legal profession and human rights activists have urged the United States to support their efforts and to maintain the tier three ranking they tell us Malaysia deserves. Today, we have failed them,” he said in a statement.

Melysa Sperber, director of the Alliance to End Slavery and Trafficking, a coalition of 14 US-based human rights organizations, said the group is incredibly disappointed by the decision to upgrade Malaysia’s ranking.

Sperber was referring to mass graves and suspected human trafficking camps along Malaysia’s border with Thailand revealed in May. The TIP report had a cut-off date of March 2015.

The report, released by Secretary of State John Kerry after a four-week delay, stated that the Malaysian government is making significant efforts to comply with minimum standards, including amending anti-human trafficking laws to allow victims to move freely and work, and to allow NGOs to run facilities for victims. However it also pointed out that the legislation has yet to pass the Malaysian Parliament.

Although Malaysia has doubled the number of trafficking investigations and prosecutions in 2014, only three traffickers were convicted, a decrease from nine in the previous year and “a disproportionate number of convictions compared to the large scale of the human trafficking problem in Malaysia”, according to the report.

The Malaysian Bar, a professional body that represents lawyers in the country, said in a statement last Wednesday that it is “inconceivable” that Malaysia should receive an upgrade. “If there is any lesson to be learnt from recent experience, it must be that the government has an excellent record of drafting written plans, but a less than satisfactory record of implementing them.,” said Malaysian Bar President Steven Thiru.

Besides Malaysia, another controversial decision in the TIP report is to upgrade Cuba to twier two, soon after the re-establishment of diplomatic relations between Washington and Havana.

Menendez claimed that adults and children in Cuba are subjected to sex trafficking and the government continues perpetrating abusive practices of forced labor, coercing tens of thousands of its own doctors and medical professionals to serve abroad under conditions that violate international norms.

He vowed to challenge the upgrade of both Malaysia and Cuba through hearings, legislation and investigations.