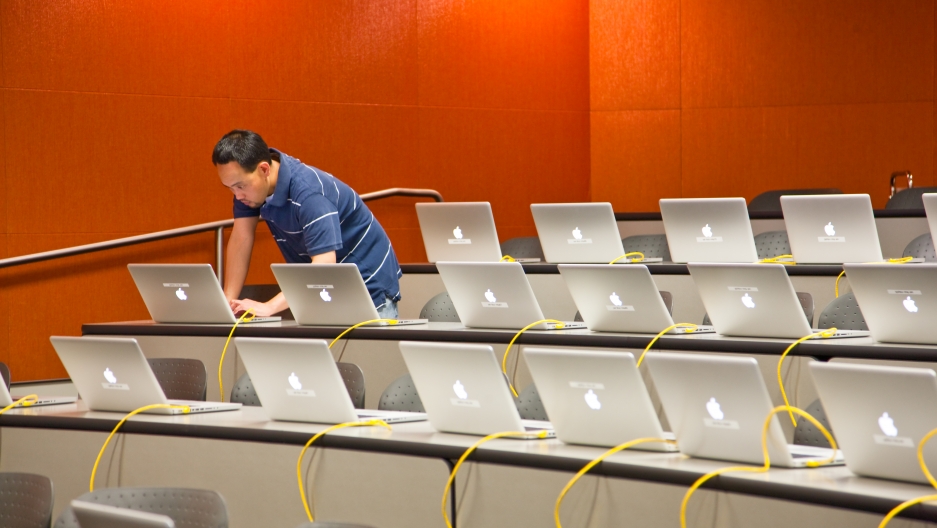 Technology is usually seen (and sold) as a force for good. New York Times columnist Thomas Friedman famously made the case a decade ago that technological innovation is creating a “flatter” world. He traveled to the tech hub of Bangalore, India, where he found workers connecting to the global economy in ways never before possible.

His take-away? People everywhere are "on a more equal footing than at any previous time in the history of the world — using computers, e-mail, networks, teleconferencing and dynamic new software."

Former Microsoft researcher and computer scientist Kentaro Toyama has also traveled to Bangalore. He led Microsoft’s efforts in India to develop technology that could support socio-economic development in very poor areas. He took away a much different lesson from his time there.

"The real problem is that technology ultimately amplifies whatever underlying human capacities are already there. So, technology is great for people with a solid education, with great social ties, with influential political power. But, for exactly the people who don't have it, exactly the people who in theory some of these efforts are trying to address, they're the ones who can't make use of the technology in productive ways that many of us enjoy."

According to the United Nations, 2.7 billion people around the world live on less than $2 a day, and 100 million children don’t get a basic education. Toyama says, “The reality is that the people [in impoverished areas] need so many other things before digital technology in any way could really support them [or] help them in their daily lives.”

Toyama is author of the new book, Geek Heresy: Rescuing Social Change from the Cult of Technology. It takes direct aim at tech companies who envision a world cured of its ills by digital gadgetry. "If anybody is going to expend resources to serve people who are very poor, possibly very undereducated, I think that digital technology is one of the last things you'd want to invest in.”

For one thing, technology efforts like putting tablets and laptops in the hands of those who can’t afford them, often fail. In Los Angeles earlier this year, a $1.3 billion idea to put an iPad in the hands of every student, teacher and administrator went up in digital smoke.

"When they handed out iPads to some of the pilot schools, older students in particular very quickly learned to hack around all of the protective software that was meant to keep them focused on education. They found ways to use Facebook and other social media such as video games. And so, effectively what this tells you is the distractive potential of technology is so high that if you give it to the average child, they're not going to learn anything. They're going to end up further distracting themselves."

So, what do they need? Basic education, says Toyama. He often asks this rhetorical question: What would you give up first, your education or your technological gadgets? “For most people, this is a pretty simple choice,” says Toyama. "They'd rather keep their education with the understanding that with it they can do all kinds of things which would of course make up for the lack of technology and possibly allow them later on to gain the technology that they want."