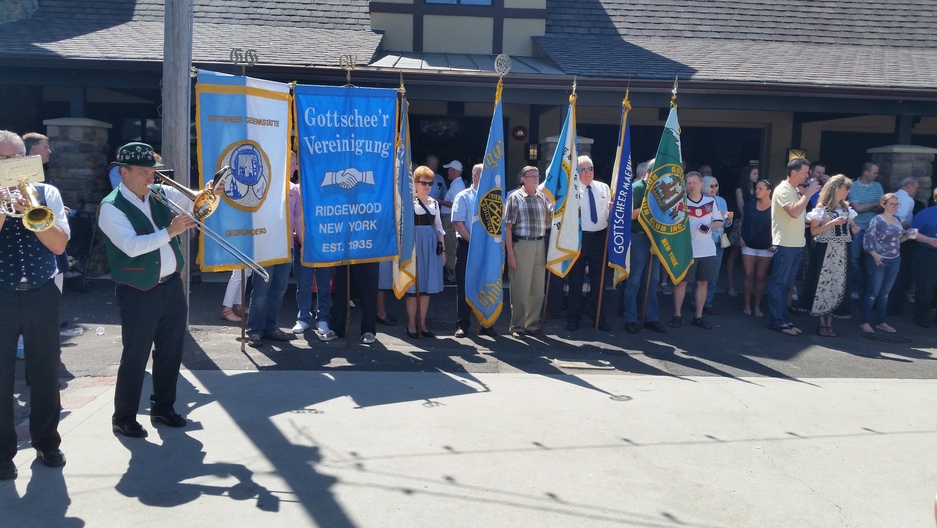 Gottscheers and their descendants celebrate at the annual Gottscheer Volkfest in New York City, June 2015.

The Gottscheers come from a place that no longer exists.

Thousands of them now live in New York City. But until World War II, their home was a mountainous patch of Yugoslavia called Gottschee.

Gottscheers didn't speak Slavic languages like their central European neighbors. Instead, they spoke an ancient dialect of German. Gottschee was a cultural island, and its traditions were unique to the region.

Bobbi Thomason, a second-generation Gottscheer who grew up in the United States, says that as a child, she had trouble understanding where her grandparents came from.

“It was really quite confusing to me,” she says.

It started to make sense when, as a teenager, she took a trip to her grandmother's hometown in modern-day Slovenia.

“Her town was essentially a dirt road of about six houses, and most of them were abandoned,” Thomason recalls.

There wasn't much left of the German-speaking culture that had once thrived there.

Gottschee was originally settled by Austrian colonists in the 1300s. That's why they speak such an old-fashioned dialect of German. For centuries, about 12,000 Gottscheers lived an isolated life as farmers and carpenters.

When Thomason saw her grandmother's dilapidated childhood home, she wanted to understand how things got that way.

“That for me was the moment of wanting to know more,” she says.

So she started interviewing elderly Gottscheers, first in New York and then in southern Austria. She discovered that before WWII, Gottschee was largely unaffected by the ebb and flow of European empires.

But when Hitler came to power in Germany, he wanted German speakers across Europe to join his Third Reich. The Gottscheers had to leave their homes and resettle in territory controlled by Germany. Some supported Hitler; others felt they didn't have a choice.

“I was 11 years old when we left Gottschee,” says Thomason's grandmother, Helen Meisl. “When Hitler lost the war, we lost our home. We were homeless, we were refugees.”

As Thomason discovered during her research — which ultimately encompassed dozens of interviews and became a book — the years after the war were difficult for the Gottscheers. They couldn't go home, because Gottschee had been taken over by Yugoslavia. It became Kočevje, Slovenia.

Pockets of Gottscheers stayed in Europe, but after 600 years Austria and Germany seemed unfamiliar. That's why one of the largest groups of Gottscheers moved to New York. 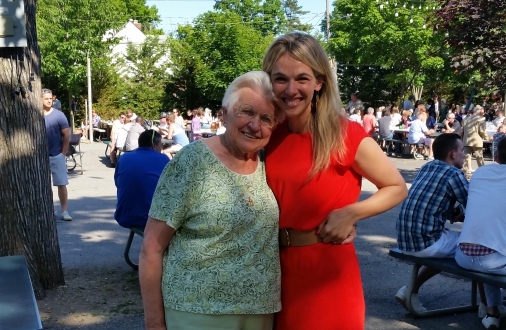 Researcher Bobbi Thomason and her grandmother, Helen Meisl, at the 2015 Gottscheer Volkfest in New York.

Today, Gottscheer descendants keep up some traditions at an annual festival on Long Island called “Volksfest” that has continued for nearly 70 years.

Each year, more than 1,000 visitors buy Strudel, march in parades or play games for prizes of sausage. Some older people still sing Gottscheer songs in a local choir.

Thomason says Gottscheer culture has been diluted and transformed by American culture.

“The homeland that they had doesn't exist anymore,” she says. “And the pieces that they've brought with them, like their language or their music, are also being lost.”

But that also means that Gottscheers aren't an isolated cultural island anymore. After centuries of not fitting into their surroundings, they've finally found a home.