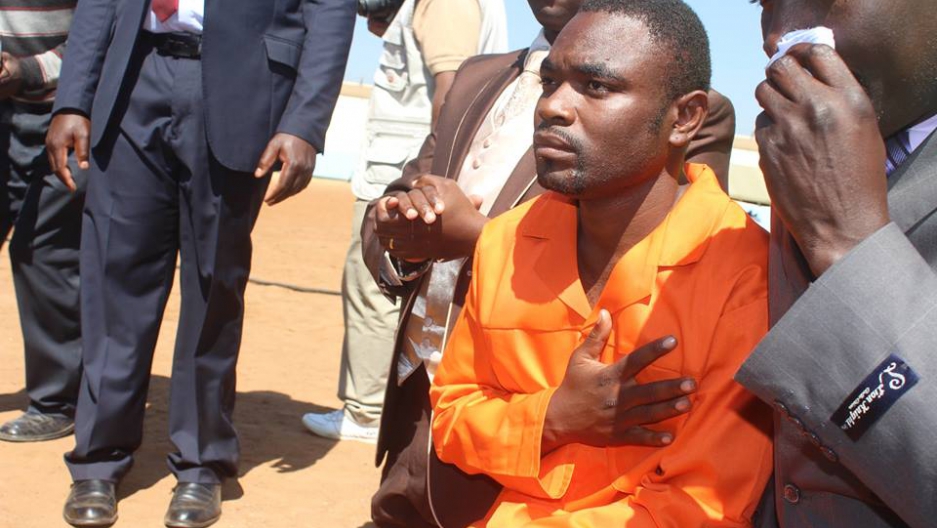 Clifford Dimba aka General Kanene in an orange prison jump-suit.

When artist Chama Fumba, better known by his stage name Pilato, musically lampooned Zambia’s President Edgar Lungu in May, another artist saw a vital opportunity, replying with a song passionately defending the need to respect the head of state.

General Kanene, whose real name is Clifford Dimba, had a strong motive for releasing ‘Ulemu’ or ‘respect’ in response to Pilato's anti-Lungu hit ‘ALungu Anabwera’: he was serving an 18-year sentence for rape, handed down to him by a Zambian court in 2013. And while Pilato's song earned him an overnight stay in jail and criminal charges — later dismissed — Dimba's flattering ditty earned him a presidential pardon, with the musician walking free on July 16.

Dimba appeared to have been working his way into Lungu's favour for some time. In March he performed at an International Women’s Day function officiated by the president just a few weeks into his term, an event that caused just as much controversy as his pardon four months later. Not long before the pardon, President Lungu visited the Mukobeko Maximum Prison about 100 miles north of the capital, Lusaka, where Dimba was serving time. Dimba has irritated some and won acceptance from others by positioning himself as a reformed man and champion for the campaign against gender-based violence (GBV) in Zambia. 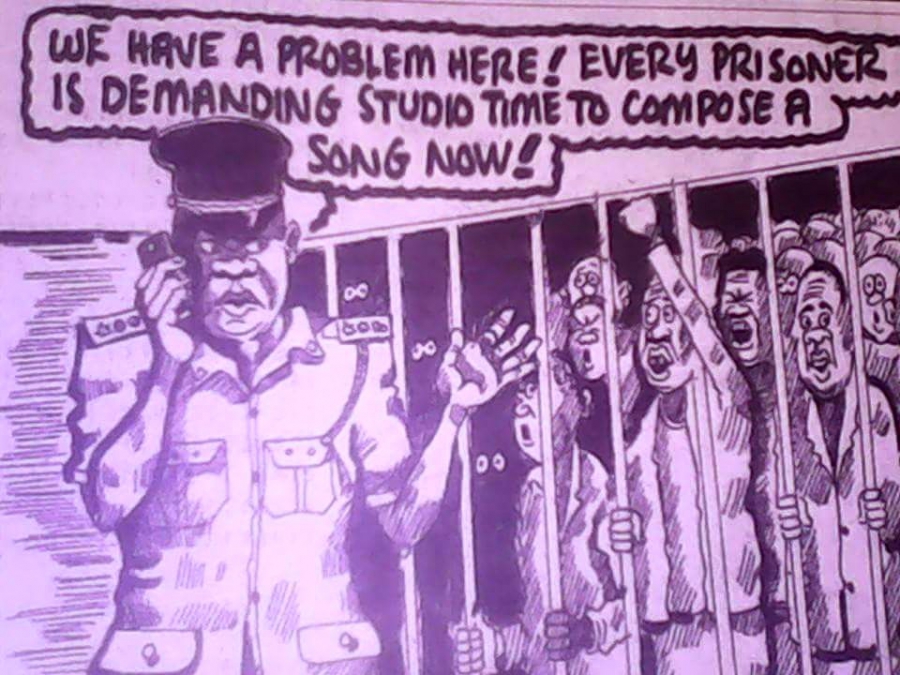 A cartoon making the rounds on social media about prisoners asking to compose songs in the hope of being freed like General Kanene.

Facebook user and governance consultant, Mbinji Mufalo, did not mince his words at news of the musician’s pardon earlier this week:

But some, who believed in Kanene's innocence from the start, were supportive of the pardon. Facebook user and human rights activist Isaac M Mwanza thanked Lungu for releasing Dimba, noting:

Mwanza’s argument is based on claims that the girl Kanene was convicted of molesting was above the age of 16, had a child herself and was a "pub-trawler" when she came into contact with the musician.

A write up on Zambia Reports, an influential media outlet, was also supportive of Dimba’s release. Author Peter Adamu wrote in an article titled “Let He Without Sin Point A Finger At General Kanene”: 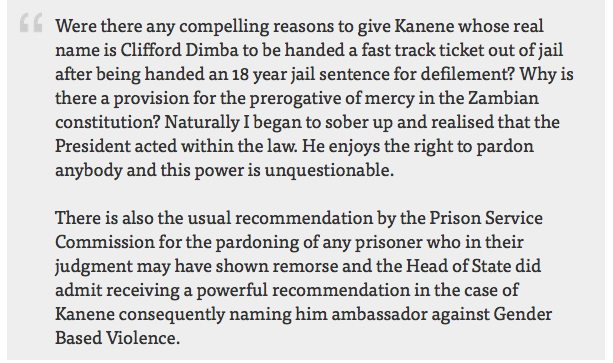 Zambia National Women’s Lobby (ZNWL) chairperson Beauty Katebe Phiri surprised some by reportedly expressing her organisation's approval of Lungu's pardon of Dimba, while registering dismay at the general situation surrounding violence against women in the country.

While Dimba has assured Lungu that he has reformed and will not let him down, Zambian society remains generally skeptical about the pardon and will be watching the musician hawk-eyed.