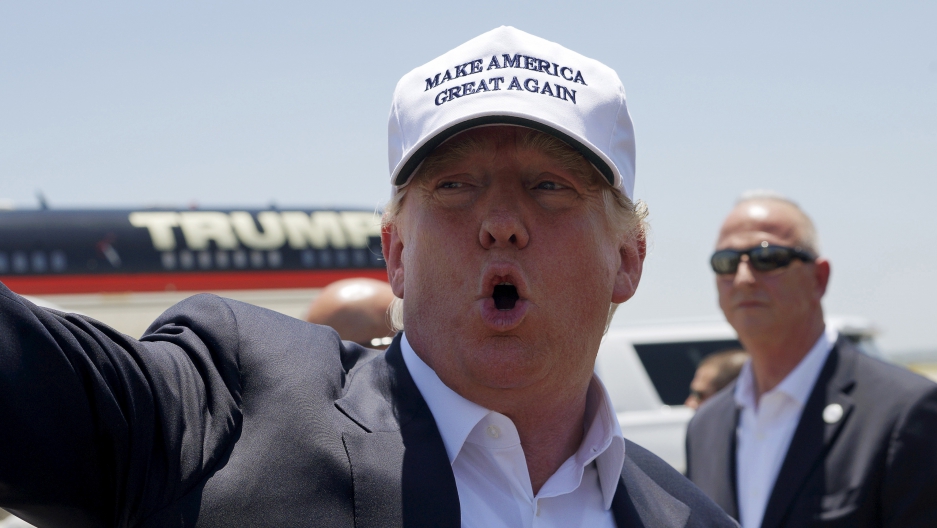 It was a bad hair day on the border Thursday.

Republican presidential candidate Donald Trump, visited Laredo, Texas, to remind people how much he hates undocumented immigrants, and all the diseases and criminal intentions they bring with them.

But Trump also said he loves Latinos who are here legally. They make great workers, he said. He employs thousands.

So we kind of know how all this is going down here. Many Americans have been offended, and yet The Donald is the GOP front-runner in the polls.

But what do folks south of the border make of it all?

“Many of my friends back home,” says Paola Villareal, “are coming to see him as something of a clown.”

Villareal is a Mexican blogger, who's currently on a Ford-Mozilla fellowship in Boston.

“For them it’s very funny how he’s trying to be a tough guy, but ends up being booed, and made fun of with memes.” For example, Trump is being compared to the Grandpa in the Simpsons, shouting angrily at the clouds. Others are making fun of his hair.

“Obviously there is a lot of outrage,” says Villareal. “The sad part of this is that his words actually have impact. A lot of people listen to him. ... He’s trying to connect with a conservative audience using this kind of hate and hateful speech.”