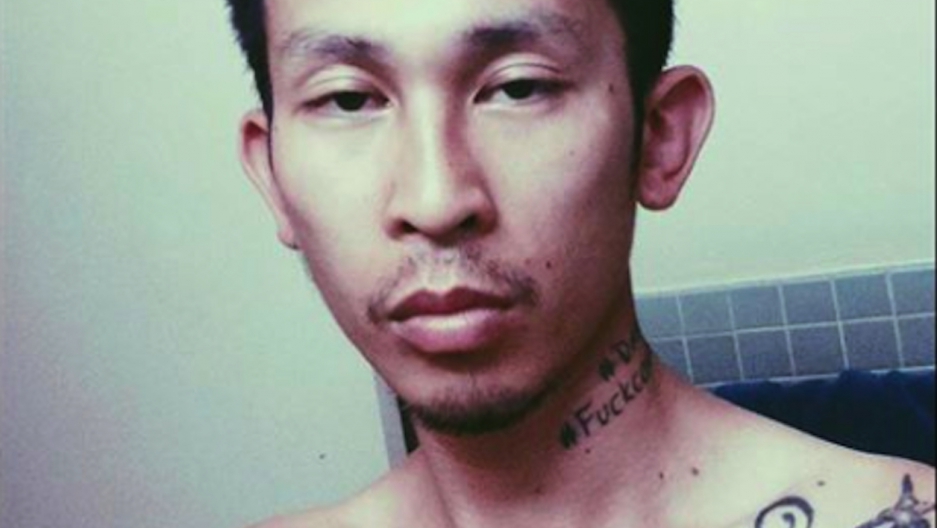 Nah, a 24-year-old rapper from Vietnam, has released a blistering song called "F*ck Communism." It has become a surprise hit among Vietnamese youth.
Share
BANGKOK, Thailand — "Hardcore hip-hop" isn’t releasing yet another rhyme about cocaine and Glocks to titillate the American suburbs. Hardcore hip-hop is a Vietnamese MC rapping about executing corrupt officials and overthrowing the Communist Party.
One of Vietnam’s most subversive new rap songs isn’t about partying, sex or even drugs. It’s simply called “F*ck Communism.” (We added the asterisk.) It’s a six-minute revenge fantasy targeting dirty cops, crooked bureaucrats and the so-called “professional thieves” who run the Communist Party of Vietnam.
Here are a few choice verses:
This song is dangerously rebellious in Vietnam, an authoritarian state that attempts to crush anti-government dissent. It’s also growing really popular. Since its release in January, the track has racked up 875,000 views on YouTube — and in a country with fewer than 40 million internet users, that’s a huge hit song.
Going public with a song titled “F*ck Communism” in Vietnam is practically begging to get arrested. It was composed by a well-known rapper named Nah, a self-described “middle-class kid” from Ho Chi Minh City who makes no effort to conceal his real name: Nguyen Vu Son.
“I knew this was risky,” Nah tells GlobalPost. “I’ve thought of the consequences. Going to jail. Getting my family framed for crimes they didn’t do. They might even try to kidnap me or arrange an accident.”
Nah, 24, is currently in the US where he’s studying entrepreneurship at Oklahoma State University. His student visa expires in the summer of 2016. That’s when he intends to return despite potential charges of creating “propaganda against the state,” a crime used to imprison hundreds of dissidents in the past decade.
“All of that is definitely going to happen,” he says. His new neck tattoo — which reads “F*ck Communism” — is unlikely to endear him to the Vietnamese authorities.
“But if I go to jail,” he says, “it’ll show the young people not to be afraid.”
If “F*ck Communism” has an American counterpart, it might be NWA’s pioneering gangsta rap song “F*ck Tha Police,” says Trinh Nguyen of Viet Tan, a US-based organization advocating for democracy for Vietnam.
“It’s this generation’s version of ‘F*ck Tha Police’ because it clearly identifies the problems people are seeing and directly spells them out,” Trinh says. “It’s also really provocative so, of course, it caught on really quickly.”
The track is not about communism as an ideology, but rather the failings of Vietnam’s all-powerful Communist Party and those too meek to condemn it. Vietnam’s corruption score, as determined by Transparency International, ranks 119th out of 175 countries — worse than fellow communist state China.
“F*ck Communism” is the song’s English-language title. That’s a translation from the actual title — "Địt Mẹ Cộng Sản" — and it doesn’t fully capture the intensity of the original. “The actual curse word he uses is so heavy,” Trinh says. “Try to think of the worst curse word you could ever say.”
Hip-hop fans can interpret the song’s calls to violence as an expression of frustration. Vietnamese police are more likely to perceive it as a death threat with a chorus.
Nah’s viral hit is now doubly dangerous. It’s become the anthem of an anti-communist movement to convince Vietnam’s youth that they’re “zombies” manipulated by the state. “The song was just a kickstart to get this whole movement going,” Nah says.
As in the West, many urban youth in 21st-century Vietnam are more enamored with lattes and Facebook likes than social upheaval. Only recently has Vietnam, a nation devastated by war and colonial plunder in the 20th century, given rise to a young generation that can aspire toward conspicuous consumption.
The song laments that this “whole generation has been brainwashed ... like zombies” and that their apathy is prolonging the Communist Party’s reign. Too many Vietnamese youth “don’t care about social issues,” Nah says. “They just spend their time gossiping and being materialistic.” 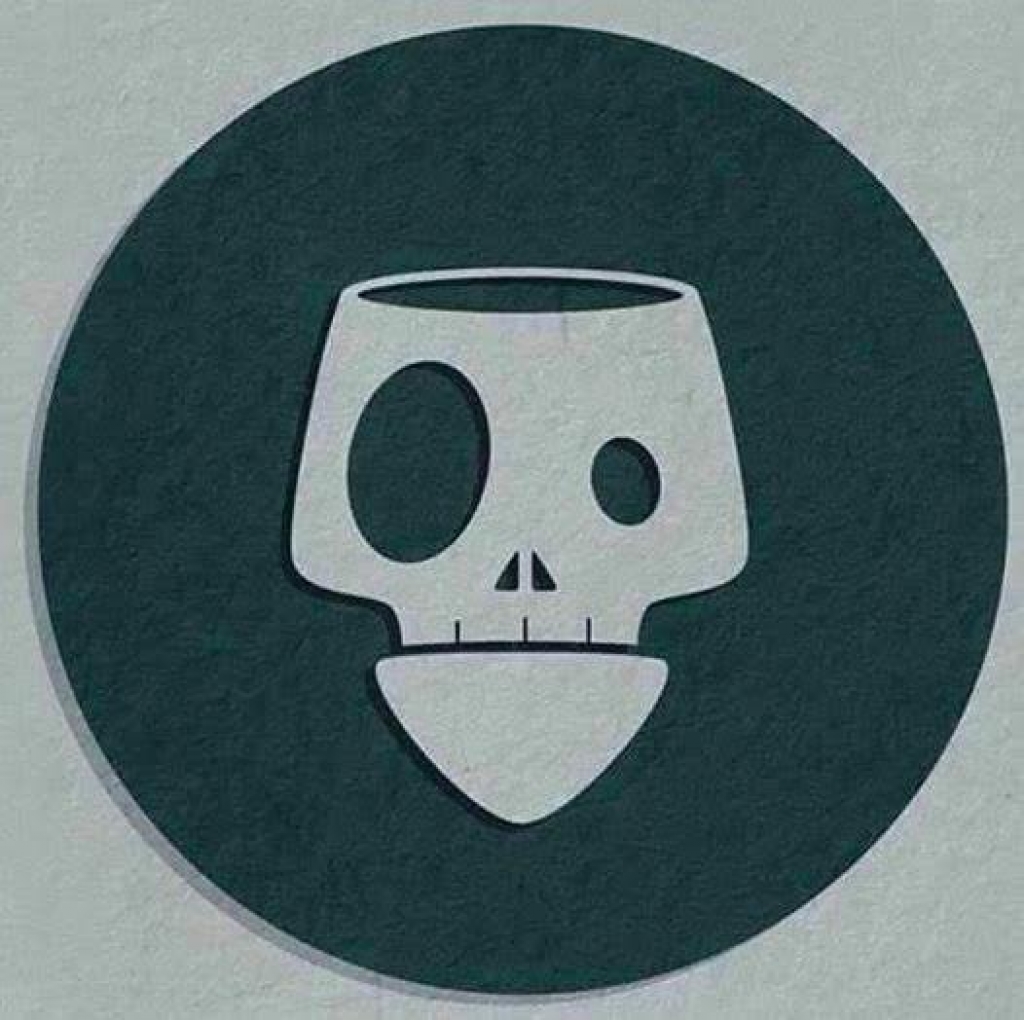 The logo of Vietnam's youth "zombie" movement.
Until recently, the movement existed largely online. It urged a simple act of rebellion: posting its logo, a cartoon zombie, on social media. “It’s the same way that, in the US, you see people changing their avatar to promote gay pride or immigration issues,” Trinh says.
“But Vietnamese youth have more to lose,” she says. “Their employment prospects will be quite low if they’re identified as a dissident.”
Organizers are now beginning to move the campaign into the streets — and police aren’t pleased. On July 11, a small gathering of activists wearing T-shirts with the movement’s zombie logo were detained by police in Ho Chi Minh City.
All were sent home except for the lead organizer: Nguyen Phi, a rapper cooperating with Nah. Police raided Phi’s home and confiscated a stash of zombie T-shirts, according to Viet Tan. He has yet to be released.
“They’re trying to kill off this movement from the beginning,” Nah says. Police in Ho Chi Minh City are also contacting Nah’s family, he says, and his parents have considered disowning him.
“My parents lived through the war and saw some crazy stuff. They know who they’re up against,” Nah says. “At first, they told me, ‘We’ll just tell the police that we don’t want you as a son anymore.’” But so far, he says, they haven’t abandoned him “even though my dad’s hair, after six months, has turned all white.”
When Nah returns to Vietnam next year, he hopes the zombie movement will have grown into a formidable anti-communist force. He’s even released a manifesto for the crusade, which is inspired by pro-democracy uprisings in Hong Kong and America’s Occupy Wall Street campaign.
“As a Vietnamese kid growing up in Southeast Asia, I’m supposed to be a nobody,” Nah says. “But something’s leading me down this course. I really relate to young, black America ... that whole culture with people like Tupac, Nas, Kanye West. I’ve grown up idolizing these rappers and it’s inspiring me to do something great.”
Nah will almost certainly be detained once he returns to Vietnam, says Nguyen Van Dai, an attorney in Vietnam who specializes in human rights.
But as a young first offender, Dai says, Nah might actually be released — as long as he “promises to stop making songs about the Communist Party.” If he persists, Nah may be sentenced to anywhere between three and 20 years for spreading “propaganda against the state.”
For now, Nah insists he’s resigned to doing time. In true hip-hop fashion, he plans to be as uncooperative with police as possible. “I’ll just keep silent at all times,” Nah says.