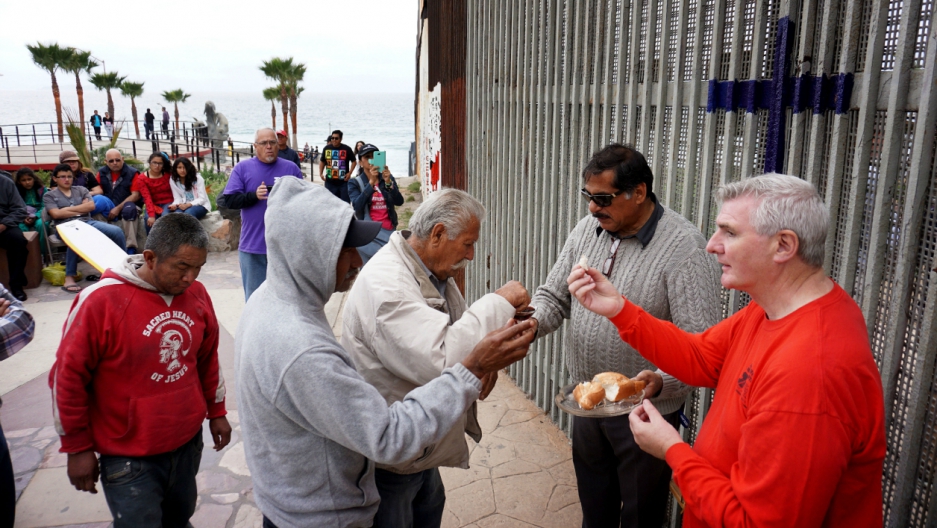 Worshipers take communion during a Mass along the U.S.-Mexico border wall on February 22, 2015 in Tijuana, Mexico.
Credit: Sandy Huffaker
Share

SAN ANTONIO — Even as immigration remains a hot topic in the US presidential campaign, the number of people emigrating from Mexico to the United States, legally and illegally, has dropped sharply in recent years, research published Wednesday shows.

Rogelio Saenz, dean of the College of Public Policy at UTSA and the study's lead author, said reasons include fewer construction jobs due to the 2007-2009 recession, Mexico's growing economy and a falling birth rate.

A total of 819,000 people migrated from Mexico to the United States from 2008 to 2012, compared with 1.9 million from 2003 to 2007, for a drop of 57 percent, according to US Census figures, which do not differentiate between legal and illegal immigration.

"Back in the 1960s and 1970s, the average Mexican woman was having about seven births. That created a very youthful population in Mexico, with 35 percent of the population a few decades ago less than 15 years of age," Saenz said.

Those demographics led to large numbers of young people who could not find jobs at home, but that has ended with the birth rate there now about the same as the U.S. rate, he said.

"There is no longer the excess labor force that Mexico had just a few decades ago," he said.

Many are coming not to find jobs in construction but to escape the crime and violence that continues to rage in Mexico. They are far more likely to be naturalized US citizens coming back, English-speaking, better educated, older, and female, than in the past, Saenz said.

The research was published by the University of New Hampshire Casey School of Public Policy.

(By Jim Forsyth; Editing by Eric Walsh and Mohammad Zargham)