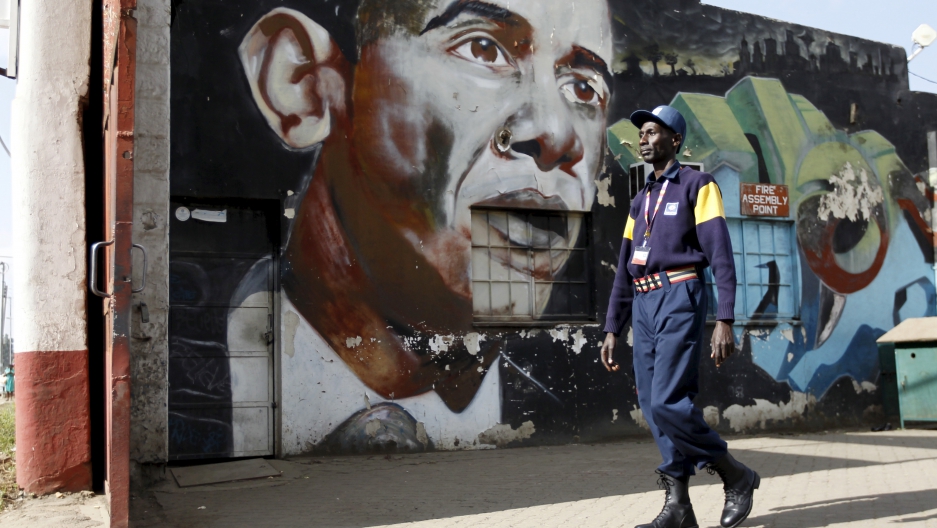 It's a big deal when a sitting US president comes to visit your country. It's a huge deal when President Barack Obama visits Kenya, as he's scheduled to do this Friday.

Obama has family in Kenya — his father was from there — and his relatives would love a visit.

However, that's not the official focus for this trip. The president has much more serious business to discuss in Kenya. He’s there to co-host a global entrepreneurship summit, designed to signal Kenya’s arrival as a successful, modernizing economy.

The other big issue is security. Kenya has been plagued by Islamic terrorism for a number of years. Kenya has sent troops into neighboring Somalia to help counter the militant group, al-Shabab. In response, al-Shabab has stepped up its attacks inside Kenya.

Security is intense in the capital, Nairobi, says the BBC’s Nkem Ifejika. US Secret Service agents are visible in all the neighborhoods that he’ll be passing through, especially around the State House where he will meet with Kenya’s President Kenyatta. Satellite and aerial surveillance has been setup to head off any threats.

Ijefika says terrorism is increasingly home-grown in Kenya, in the sense that al-Shabab is now actively recruiting Kenyans. The Kenyans most likely to join their ranks are ethnic Somalis and other Muslim minorities. But not exclusively. Poverty encourages some to volunteer out of economic desperation. Others are deceived or forced into joining the ranks of al-Shabab. They must convert to Islam and fight for al-Shabab, or die.

That's what happened to one Kenyan man that Ijefika met in Nairobi. He says he escaped after two-and-a-half years fighting for al-Shabab, and now goes by the name Youssef Omar. He had to kill his commanders to escape, he says, and was able to take advantage of an amnesty from the Kenyan government.

But intellectual children from wealthy families also seem to be vulnerable to recruitment, Ijefika was told by security officials.