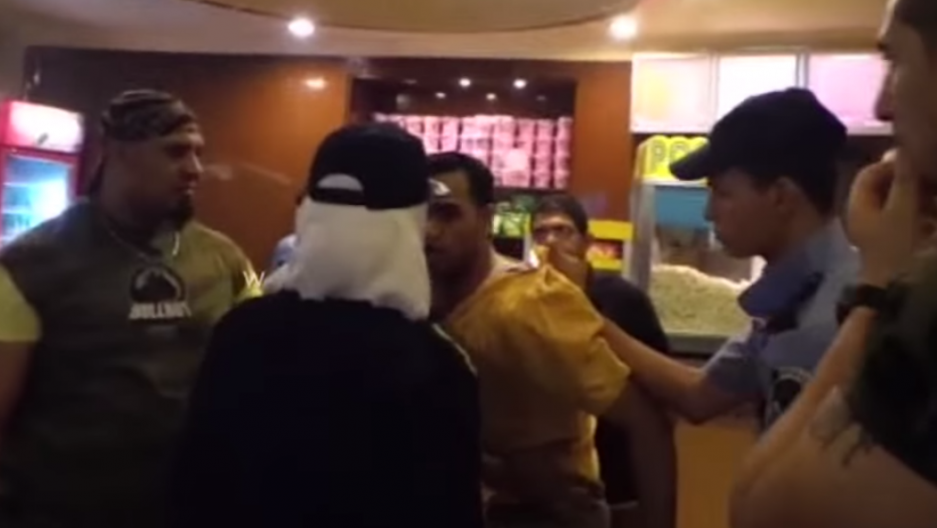 A screengrab from a video that shows a female police officer arresting an alleged sexual harasser.
Share

CAIRO, Egypt — For women in Egypt, crowds have become synonymous with sexual harassment and assault.

Since the revolution in 2011 it's become a familiar story: survivors describe getting separated from those they are with and mobbed by crowds of men. Hands find every part of their bodies; blades cut away clothes and women can no longer distinguish who is attacking and who is trying to help.

This Eid al-Fitr holiday following Ramadan, a holy month of fasting, was no different. Cairo’s streets were clogged with revelers and a local action group called “I Saw Harassment” reported intervening in 77 instances of verbal harassment and 28 cases of physical harassment on one day of the holiday alone.

But as awareness has increased the government has, sometimes grudgingly, begun to address the phenomenon.

In a video that went viral over the weekend, a female police officer is shown arresting a man for sexual harassment. The video, which aired on the popular Youm Sabih channel and was uploaded on July 19, shows the police officer tugging the alleged harasser by the front of his yellow shirt through a crowd of jostling and screaming onlookers.

They retreat into the lobby of an old downtown movie house where the officer interrogates the man who protests saying, “By God, I’m sick,” while she appears to shock him with a taser and slaps him in the face. Police brutality was one of the factors that sparked the January 2011 revolution. Since then no reforms have been undertaken and violence against detainees remains rife.

Prior to Eid, in anticipation of the harassment spike, the Interior Ministry announced it would deploy larger numbers of female police officers both in the streets and on public transportation.

Critics have long been skeptical of government efforts to crack down on harassment, saying officials largely pay lip service to the problem and have yet to attempt to change social attitudes underlying the phenomenon.

Yet a large number of high profile cases of sexual harassment and mob sexual assault in recent years prompted the state to acknowledge the problem and take a more active role in cracking down on it.

Last year a new law was passed that explicitly criminalized sexual harassment — the first in Egypt’s history — that makes the offense punishable by fines and jail time. A state news site reported that police had arrested 84 men on charges of sexual harassment during this year’s Eid holiday.

As civil society blossomed after the revolution, activist groups such as Operation Anti-Sexual Harassment and Tahrir Bodyguard sprung up to patrol during demonstrations and crowded events to raise awareness and extricate women from such attacks. But with the banning of protests and the crackdown on civil society, many of these groups no longer go down to the streets for fear that they themselves will be arrested.