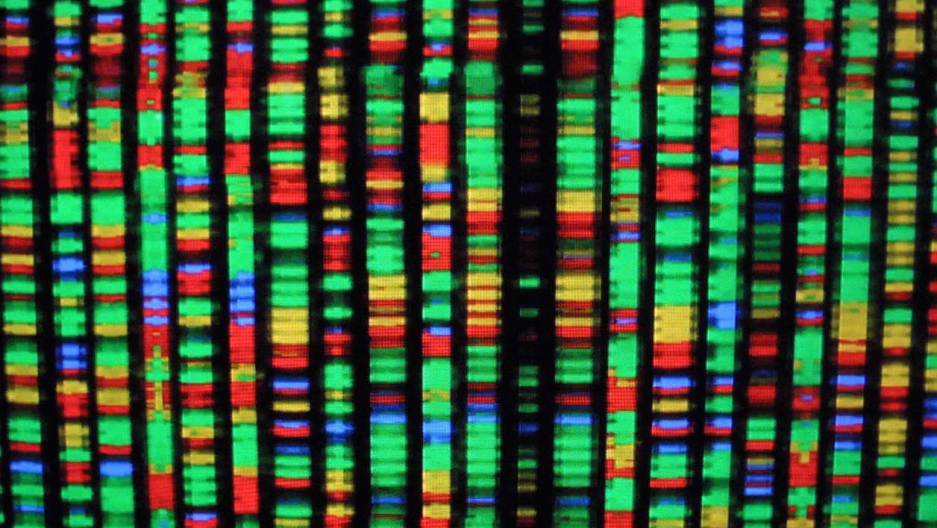 A digital representation of the human genome on display at the American Museum of Natural History in New York City, in 2001. Each color represents one the four chemical compenents of DNA.
Credit: Mario Tama
Share

Native American ancestors reached the New World in a single, initial migration from Siberia at most 23,000 years ago, only later differentiating into today's distinct groups, DNA research revealed Tuesday.

Most scientists agree the Americas were peopled by forefathers who crossed the Bering land and ice bridge which connected modern-day Russia and Alaska in Earth's last glacial period.

And it is known through archaeological finds that humans were already present in the Americas 15,000 years ago.

But there was a long list of outstanding questions.

When did the migration take place? In one or several waves? And how long did these early pioneers spend in Beringia -- the then-raised land area between Asia and America?

On Tuesday, analysis of Native American and Siberian DNA, present-day and ancient, sought to fill in some of the blanks with two studies carried simultaneously in the journals Science and Nature.

The first, led by the Centre for GeoGenetics at the University of Copenhagen and published in Science, found there was only one initial migration, no more than 23,000 years ago.

This ancestral pool split into two main branches about 13,000 years ago, coinciding with glacier melt and the opening of routes into the North American interior, researchers found.

These became the groups which anthropologists refer to as Amerindians (American Indians) and Athabascans (a native Alaskan people).

Previous research had suggested that Amerindian and Athabascan ancestors had crossed the strait independently.

"Our study presents the most comprehensive picture of the genetic prehistory of the Americas to date," said Maanasa Raghavan, one of the study's lead authors.

"We show that all Native Americans, including the major sub-groups of Amerindians and Athabascans, descend from the same migration wave into the Americas."

This was distinct from later waves which gave rise to the Paleo-Eskimo and Inuit populations, she added.

Given that the earliest evidence for the presence of humans in the Americas dates to 15,000 years ago, the first ancestors may have remained in Beringia for about 8,000 years before their final push into the New World, the team said.

This is much shorter than the tens of thousands of years of isolation theorised by some earlier research.

But diversification into the distinct tribes we know today, happened only after arrival in the Americas, not before.

The second study showed that, surprisingly, some Amazonians descend from forefathers more closely related to the indigenous peoples of Australia, New Guinea and the Andaman Islands than present-day fellow Native Americans.

"Present-day groups in South America have a small but distinct genetic link to Australasians," co-author Pontus Skoglund of the Harvard Medical School told AFP of the research published in Nature.

This may explain a long-standing riddle: why, if Native Americans came from Eurasia, do some early American skeletons share traits with present-day Australasians?

But how and when this forefather came to the Americas remains "an open question," said the study.