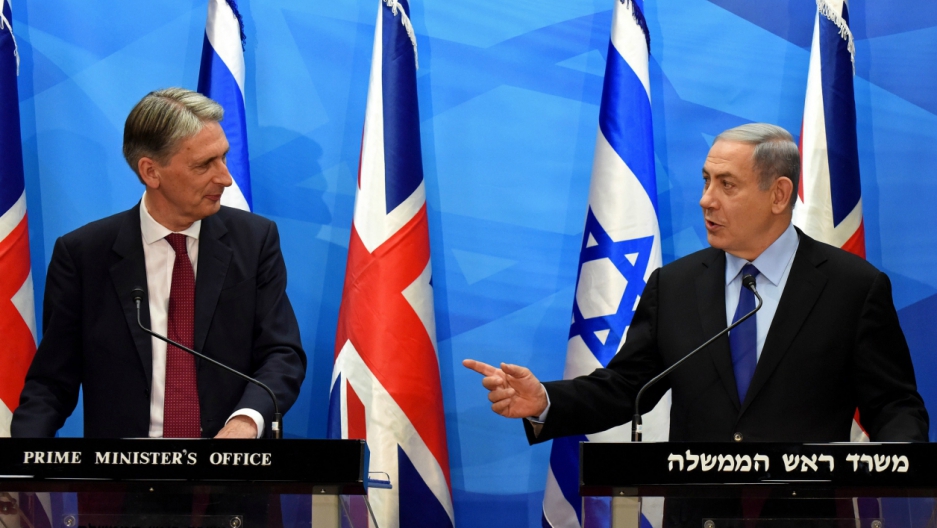 “It’s a very bad deal…a stunning historic mistake.” Israel’s Prime Minister Netanyahu angry comment at the nuclear deal with Iran was to be expected, of course.

Netanyahu’s settlement activities in the West Bank are leading to a lose-lose choice for his country: an undemocratic Israel or a democratic one with an Arab majority. Who would possibly listen to his views on Iran?

Well, Republican members of Congress for starters. And also a growing list of Republicans running for president.

Meanwhile, with the exception of Saudi Arabia, virtually every other relevant country supports the deal. It says something about today’s Republican party that on this key international policy achievement, its only allies are Netanyahu’s extremist government and Saudi Arabia’s Wahhabi fanatics.

The Middle East is a disaster zone. Syria is not just a failed state, but a disappearing one. Iraq’s Shia, Sunni and Kurdish regions are devolving — not peacefully — into separate states. ISIS is hunkering down in major urban centers in both countries as it expands the reach of its global terrorism. Libya and Yemen struggle. And one can only speculate how long Jordan will remain unaffected, or, for that matter, Saudi Arabia and its Gulf neighbors.

Middle East experts are unified in their belief that were Iran to develop a nuclear capability, Saudi Arabia would follow and Turkey would not be far behind. In the midst of the current uncontrollable regional chaos, keeping the Iranians and their most powerful neighbors from going nuclear is a major victory.

Despite Netanyahu’s vehement opposition, the liberal pro-Israel lobby J Street reacted positively because, as its leader Jeremy Ben-Ami noted, “the primary interest of the United States and Israel was to prevent Iran from getting a nuclear weapon, and that is the outcome of this deal.''

Critics complain that after 10 years, Iran would be free of some of the restrictions, and after 15 years, virtually all of them. Then what? Who knows? But assuring a nuclear-free Iran for such a substantial time at this moment of mass instability in the region seems a clear advantage.

In 15 years, Iran’s aging Supreme Leader Khamenei will be long gone. With the easing of economic restrictions, Iran may gradually become more responsible.

Iran’s Revolutionary Guard, as the self-appointed protector of the 1979 Revolution, continues to promote a strict, virulently anti-Western society. It is strongly opposed to the nuclear deal. It has been enriched by the sanctions because it controlled what Iran could import and export. When the sanctions are lifted, the Revolutionary Guard’s influence will diminish, as Iranians give popular support to a broadening economic base and to President Rouhani and his moderate policies. There will be no turning back.

A paradox is that under 35 years of hard-line rule, Iran has become more socially progressive than its key Arab neighbors. Women are highly educated and an important part of the workforce.

Street scenes in Tehran feature women with their mandatory scarves pushed well back on their heads, their faces highlighted with lipstick and make-up. This is a dramatic contrast to how women appear in Jidda or Baghdad or even conservative sections of Istanbul.

Americans are more popular in Iran than in any other Muslim country in the region, despite the ‘’down with the Great Satan’’ rallies the regime occasionally organizes. Tourists from the US, while still rare, express amazement at how warmly they are welcomed.

The US's European allies have been more willing to compromise than we have. They want Iranian oil back on the market; the recent drop in oil prices explains why. If we had balked at the current deal, our negotiating partners — Great Britain, France, Germany, Russia and China — would have dropped sanctions, in some cases immediately.

Most importantly, perhaps, it is in America's interest, and the world’s, to help lift Iran from its pariah status.

Nearly two years ago, the US initialed an interim agreement with Iran, which It has scrupulously followed. Under the influence of that agreement, negotiations have continued, were extended four times, and came to climax with 18 days of virtually non-stop talks.

If no deal had been reached after all that effort, Iran would have been left frustrated, but unhindered in its ability to enhance enough uranium to make several nuclear weapons.

The US's history in Iraq, Afghanistan and Vietnam should remind us that war is not an alternative.

Mac Deford is retired after a career as a Foreign Service officer, an international banker, and a museum director, who lives at Owl’s Head, Maine.