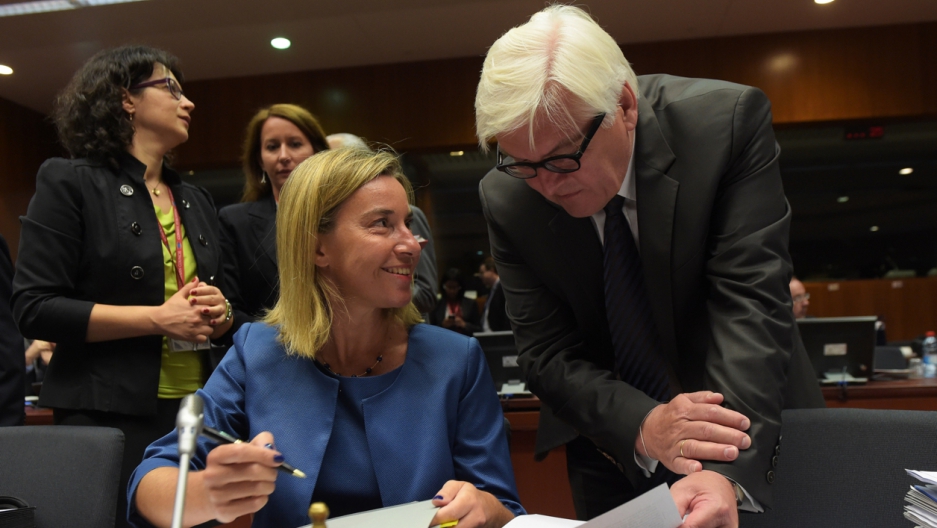 By Robin Emmott and Francesco Guarascio

BRUSSELS  — The European Union approved the Iran nuclear deal with world powers on Monday, a first step toward lifting Europe's economic sanctions against Tehran that the bloc hopes will send a signal that the US Congress will follow.

In a message mainly aimed at skeptical voices in the US Congress and strong resistance from Israel, EU foreign ministers meeting in Brussels stressed that there was no better option available.

"It is a balanced deal that means Iran won't get an atomic bomb," said French Foreign Minister Laurent Fabius. "It is a major political deal."

Ministers left the details of their endorsement until after a UN Security Council vote scheduled for 9 a.m. EDT (1300 GMT), but have formally committed to a gradual lifting of sanctions along with the United States and the United Nations.

Following the deal in Vienna, Iran has agreed to long-term curbs on a nuclear program that the West suspected was aimed at creating an atomic bomb, but which Tehran says is peaceful.

The European Union will retain its ban on the supply of ballistic missile technology and sanctions related to human rights, EU diplomats said.

A senior Western official involved in the accord said a combination of limitations and verification was enough to ensure Iran would not obtain a nuclear bomb.

"Our ambition is to embed the Iranian civilian nuclear program into international cooperation," the official said.

The US Congress received the Iran nuclear agreement on Sunday and will have 60 days from Monday to decide whether to approve or reject the deal.

Keen to consider Iran as an alternative supplier of energy at a time of tensions with Russia, the European Union may reopen an EU delegation in Tehran and is seeking business opportunities in the country.

"The Iran deal has a geopolitical impact and also an economic impact on the European Union," said Austria's Foreign Minister Sebastian Kurz, who plans to visit Iran in September.

German Vice Chancellor Sigmar Gabriel flew to Iran at the weekend, becoming the first senior figure from a large Western government to visit the country since the deal. France's Fabius is also due to travel there soon.

French automakers had a strong presence in the Iranian car industry before Iran's isolation over the nuclear issue, and Total