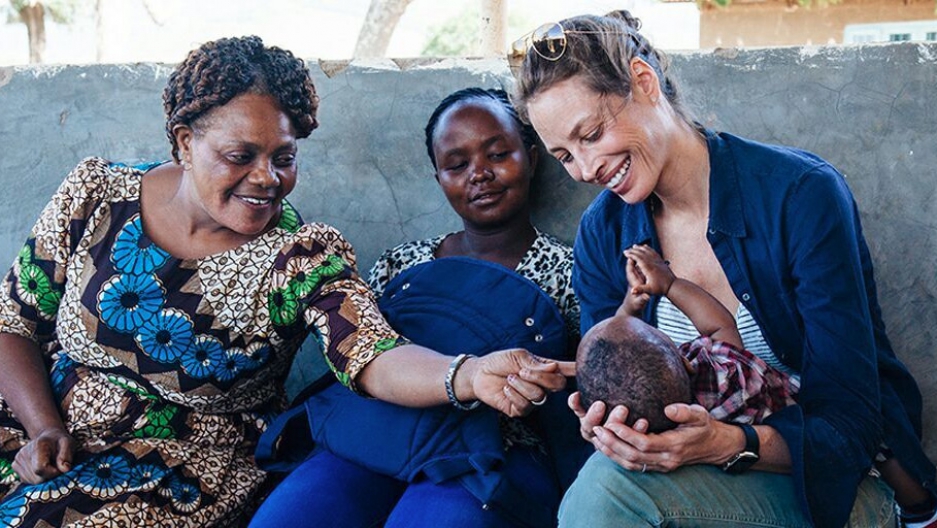 Every two minutes a woman somewhere in the world dies giving life.

Ninety-nine percent of deaths related to pregnancy and childbirth occur in the developing world.

The shocking news is that the United States is among them. It is the only industrialized country to have that dubious distinction. The rate has in fact been doubling in recent years. (And four times as many black women as white die due to complications during pregnancy and childbirth). Why? 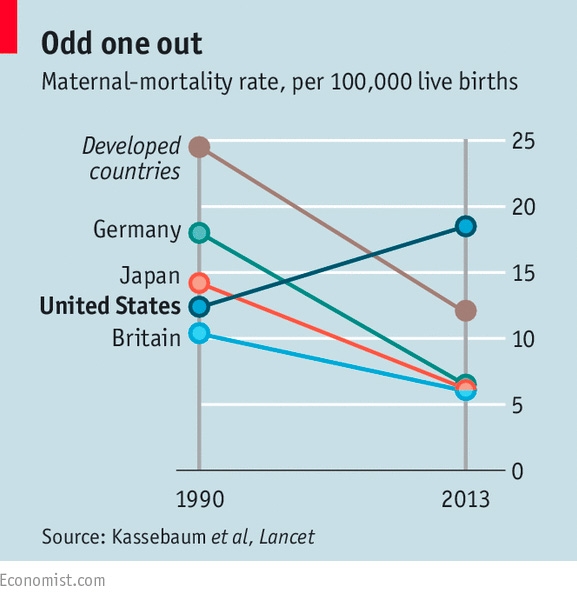 It is a question troubling many, including former supermodel, Christy Turlington Burns. In 2010, she founded the non-profit, Every Mother Counts, to raise awareness and tackle the problem abroad — and now in the United States.

She has made several films on the topic; her latest is a series of documentaries called Giving Birth in America. On Saturday in New York, she gave the audience at the BlogHer15 conference for women in social media a sneak preview of the series. Afterward, I sat down with her and asked why she had felt the need to become an advocate.

“It was shocking of course that so many women were continuing to die in childbirth, but more shocking was that I learned at the same time that the US was having a problem and that that problem was getting worse. “

Turlington Burns acknowledges that the reasons are many and complicated, but they include, in her view, an over-medicalized healthcare system with a very high C-section rate, which leads to more C-sections in future pregnancies. There is also chronic ill-health, with high rates of obesity and diabetes. One in five pregnant women in the United States is obese, leading to higher risks. Then there is access to prenatal care and to hospitals, with many especially poor, women of color adversely affected.

“I think any death that’s preventable is one death too many, ” says Turlington Burns.

She's got a personal reason behind this passion. In the 1980s and 1990s, she was one of the world’s first supermodels. Turlington, Linda Evangelista and Naomi Campbell were often referred to as The Trinity; together they made millions of dollars and transformed modeling. Then she met and married actor, Edward (Ed) Burns, and in 2003 gave birth to their daughter, Grace.

“I had a great pregnancy and first delivery but an hour or so after I delivered my daughter, I started to hemorrhage. I had a retained placenta and then because of the removal of that placenta I started to hemorrhage. And it was very scary because I really did feel that I had done everything right, I was in the right kind of care, I was in the right place and suddenly going from feeling very empowered to completely disempowered in moments was terrifying.”

She realized then that she was not alone, but that few knew. No one was making films or writing articles about it. So she founded Every Mother Counts, and in 2010, she directed her first documentary film, "No Woman, No Cry".

“I think that those stories need to be heard more. I don’t think it’s going to make people not want to become mothers, I think they’re just going to want to know more information when they do become mothers that will help them get the care that they need at the right time.”

Along the way, she and Burns also had a son, Finn. She has studied at Columbia University’s Mailman School of Public Health. She serves on the board of Harvard Medical School’s Global Health Council.

She has written an open letter to world leaders ahead of the upcoming UN Summit to develop a set of Sustainable Development Goals. “We’ve got women and girls on the agenda, they’re becoming more present at the top of the agenda, we need to keep them there. We need the health-related goals and the rights-related goals to stay present.”

And, she adds, we need ordinary women to be heard. “To me it’s about bringing everyday voices into that conversation, not just having it at that high level. These are conversations that can be happening from the grassroots and the treetops and they should be meeting more in the middle.”