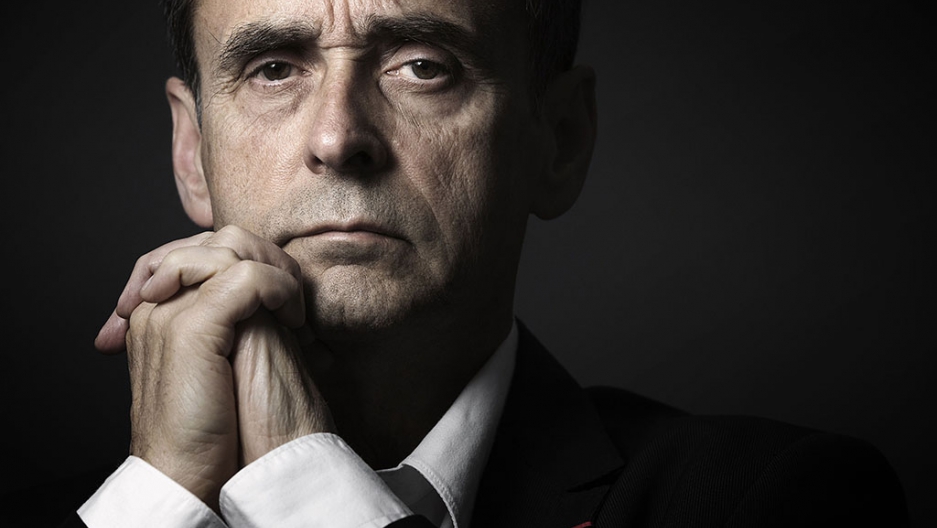 BEZIERS, France — Robert Menard is a prime specimen of the new breed of rightist politician creeping toward power across much of Europe.

A former high-profile journalist who was elected mayor of this pretty-but-poor city last year, Menard is a man with a mission: to protect his country from immigrants, gay couples, American capitalists, surrogate mothers and other threats to French civilization.

“My ambition is to defend both my country and the French people, thank God I’m not alone in this,” Menard says in an interview. “It’s a big task, it means not just talking, it means taking choices.”

Menard’s choices — from publishing data on Muslim school kids, to boosting police powers and refusing to conduct gay weddings — have hit national headlines and made this city of 75,000 a testing ground for a future France run by the radical right.

A few years ago, ultranationalist intellectuals like Menard were exiled on the margins of political life. The idea that far right could take power was dismissed as a scare-story.

However, under the canny leadership of Marine Le Pen, the National Front party emerged as the country’s biggest vote winner in France’s elections to the European Parliament last year.

Polls have the Front ahead in a number of key regional votes scheduled later this year and, as discontent with mainstream politicians hits record highs, Le Pen is shaping up as a serious contender for the 2017 presidential elections.

That prospect is forcing the French to take a close look at the handful of cities already run by far-right mayors.

Menard is not a member of the National Front — but the self-styled “reactionary” holds power in Beziers thanks to the Front’s support. He says he agrees with 80 percent of Le Pen’s policies.

Since taking power in April 2014, Menard has slashed taxes and cut social programs. He’s put more cops on the streets and armed them with powerful new hand guns — accompanying the move with a poster campaign featuring a close up of the Dirty Harry-sized pistols above the slogan: “from now on, the local police have a new friend.”

Menard has banned unaccompanied minors from the streets after 11 p.m.; declared that satellite TV dishes (favored by immigrants keeping in touch with news from home) must be removed from city center buildings; and sought to stop school canteens offering Halal meals for Muslim children.

In his most controversial move, he issued a dark warning on immigration by claiming Muslims make up almost two-thirds of the kids in the city’s education system — basing his data on a head count of Islamic-sounding names on school registers.

Drawing up ethnic or religious-based statistics is illegal in France. Critics compared Menard’s action to the registers of Jewish children compiled by French collaborators during Nazi occupation.

It “takes us back to the darkest hours of our history,” warned Interior Minister Bernard Cazeneuve.

The mayor’s office was raided by police, although the investigation was dropped after he stated the list of Muslim names was not being used for “administrative purposes.”

Menard was unfazed by the outcry in the Parisian media.

“Immigration is a danger,” he told GlobalPost. “The massive immigration which my country has suffered is a catastrophe. I say that loud and clear … it has to stop.”

Menard was born in French-ruled Algeria in 1953. When colony secured independence nine years later, Menard’s family fled — along with almost a million European settlers who were nicknamed pieds-noirs, or black feet, by the mainland French.

The mayor uses city funds to “liberate the history” of France’s colonial rule.

He invites revisionist historians to give lectures and has honored members of an underground group that fought a violent campaign against the French government’s grant Algeria independence.

The June edition of the municipal newsletter printed a 19th-century image of a naked white slave woman pawed by Arab men under the headline “Immigration, Africa, Islam …”

The article claimed that the French education system was “biased” by teaching that France and the West should “repent” for colonialism and the slave trade.

“The biggest part of this horrible trade in blacks was organized by the Muslim world” which also seized “white women by the thousands usually to be sexual slaves,” the magazine wrote.

Menard brushes aside concerns that this may not be the best way to engender harmony in the  Mediterranean city which has sizable black, Arab and Turkish communities.

However, the mayor insists he’s no xenophobe. He looks back to his youth in a tough, ethnically mixed neighborhood to illustrate his open-minded approach.

“When I lived there in the early ‘70s there were many pieds-noirs like me, also French from the mainland and North Africans,” he recalls. “If I was picking up a girl, all I cared about was whether she was cute, it didn’t matter if she was North African, pieds-noirs or mainland French and she didn’t care either.”

Four-times married, Menard describes himself as a fervent defender of family values.

“The family is the basic building block of the society, we have to defend it against everything that threatens it,” he proclaims. “What threatens it is gay marriage.”

France legalized gay marriage in 2013. Although the mayor refuses to officiate at same-sex weddings himself, he allows lower city officials to do so in Beziers town hall. He also rails against surrogacy, a favorite bugbear of the French far-right. “I have a different perception of womanhood,” he says.

On education, Menard wants to go back to traditional ways. “Schooling should be about learning, not having fun. We need schools that teach reading, writing and adding up, not macrame.”

He stresses plans to cut down on minority-language teaching is to help migrants — particularly women — integrate.

“They don’t need us to teach them Turkish, they get that on TV because they spend the whole day watching it at home,” he claims. “Their guys leave them at home all week, while they are out sleeping with other girls. That’s the reality.”

Menard’s political career has been varied.

Before lining up with the far right, he’s been a hard-left militant, activist with the mainstream Socialist Party and an prominent campaigner for press freedom.

Critical journalists in the region now accuse him of intimidation.

“Our work is permanently attacked,” local journalist Arnaud Gauthier told the Paris daily Liberation recently. “It’s become very complicated to write from here every day. Bezier is divided in three camps: the fans of the mayor, his adversaries and those who are afraid.”

By remaining outside the National Front, Menard is able to sidestep the party discipline imposed by Le Pen as she seeks to appeal to mainstream voters by developing a more moderate image.

Menard says he disagrees with the party over its aversion to free-market economics and the European Union, but backs Le Pen on everything else, notably immigration and trans-Atlantic relations.

“This county has to keep its distance from the Americans,” he says. “Today we’re being eaten up, our identity is threatened more today by money than by the other thing … immigration.”