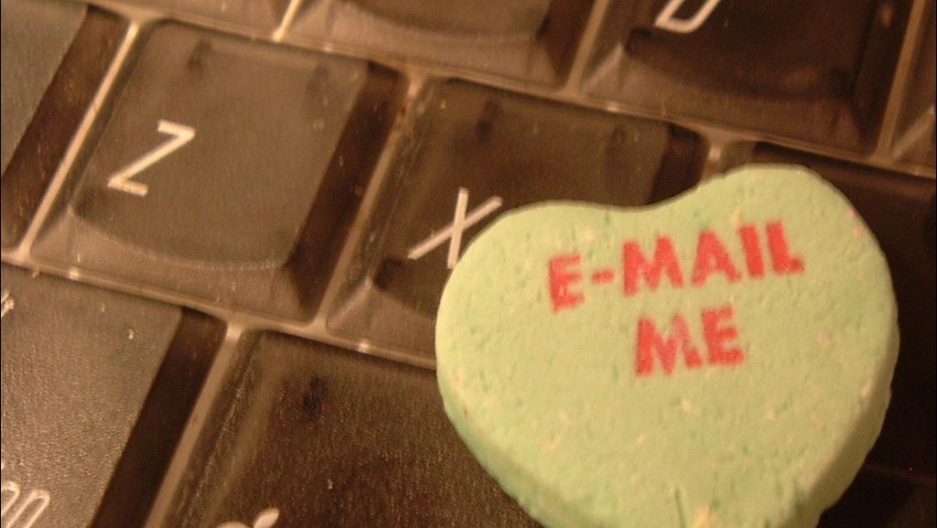 As we go about our lives, we’re leaving bread crumbs everywhere — clues about what we like to do and who we like to hang out with. We tell our friends in emails that we’re not really into that guy anymore, or that we’re ready for a change.

Email silently collects all those bread crumbs…. Until someone comes looking for them. Someone like Emma Pierson.

Pierson was a student at Stanford studying statistics, until she won a Rhodes Scholarship and moved to Oxford.

Suddenly, she was thousands of miles from her boyfriend. And — probably not surprising for someone who loves to crunch data — she decided to analyze every one of their emails.

This wasn’t a small task. She and her partner had sent each other a total of 5,500 emails, about the length of a Harry Potter novel. A daunting amount of information, sure, but also the kind a computer can tackle pretty well.

Pierson discovered that over the four years they had been dating, their emails changed. They went from expansive and emotional, to more succinct and calm — basically more mature.

She also realized that she emailed her boyfriend more, he apologized more, and she swore more.

There were things that surprised Pierson, including the fact that they no longer sent each other long emails, and they increasingly called each other by pet names. She points out that “just watching how your relationship evolves mathematically is a bit of a strange feeling.”

Now that love letters can be atomized and combed for data, we’re at the beginning of some pretty intense relationship analysis. Pierson says you should feel free to emulate her.

But she offers two cautionary notes:

“It’s easy to misinterpret what you find. I found that I emailed my boyfriend more than he emailed me. From that, you could conclude that ‘oh, I love him more than he loves me,’ major disaster, let’s break up. I worry about stuff like that, you have to be mindful of what you’re missing in the data.”

So think for a second about all the emails you’ve sent in the last year or two. How many secrets there were in them, how many things you wouldn’t want people to know?

2. These emails are all stored somewhere.

Pierson, for one, wouldn’t want her emails to fall into anyone else’s hands. "Your email tells an enormous amount about you. It tells who you’re connected to, if you ever are sad. You mention to your friend that you’re on antidepressants? Large companies know that about you.”

So, with big data, as well as with love, it might be best to keep your heart close to your chest. Though what’s the fun in that?

Read Pierson’s “Re: Our Relationship,” published in The Atlantic.