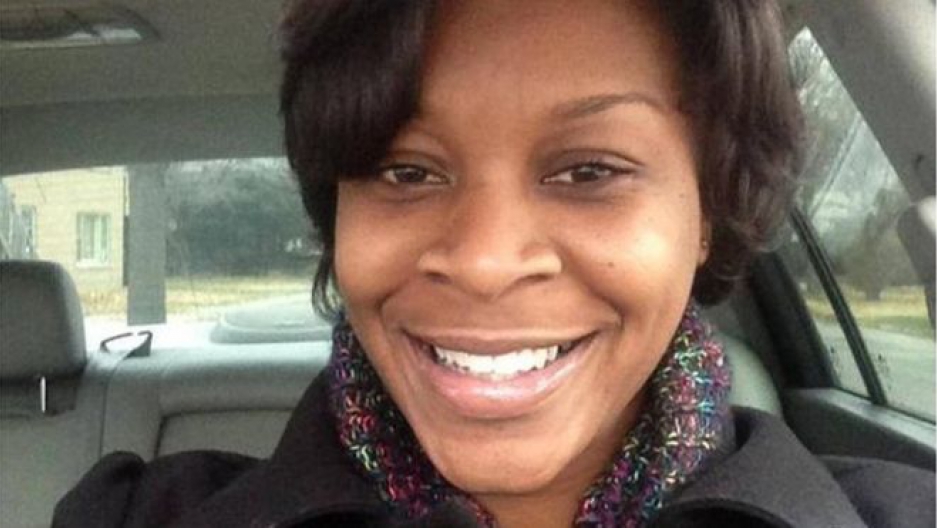 The jail death of Sandra Bland three days after a traffic stop in Walter County, Texas, has raised an outcry.

Sandra Bland was almost there.

She was driving in Waller County, Texas, about to start a new job at nearby Prairie View A&M University. Then she was pulled over by local police for changing lanes without using a turn signal.

She was arrested for assaulting an officer, put in county jail over the weekend and, on Monday, the 28-year-old black woman from Illinois was found dead in her cell — a plastic trash bag  around her neck. Authorities ruled her death a suicide by hanging. But Bland’s family says the official story doesn’t add up.

Now, the FBI and the Texas Rangers are investigating. At least one state lawmaker is calling for a full investigation into her death and into the conduct of county police during the traffic stop.

“Why would a trash bag be in a cell?” Texas state senator Royce West asked To the Point Host Warren Olney. “There may be a logical reason, but I’ve never known a jail to do that,” he said.

Video footage taken by a witness after the traffic stop shows police kneeling over Bland and cuffing her. She’s then heard yelling that officers slammed her head into the pavement and that she’s having trouble hearing. The video is taken from some distance and does not show the entire incident.

West, a Democrat representing parts of Dallas County, asked the state Department of Public Safety earlier this week to publically release dashboard camera footage of Bland’s arrest. It’s unclear whether the footage will show more of the incident.

Houston Chronicle reporter St. John Barned-Smith said Bland was pulled over in a part of Waller County where police enforce a well-known speed trap. He added that authorities told him Bland kicked a trooper while being pulled out of her car, which led to her arrest.

The news of Bland’s death has focused attention on Waller County Sheriff Glenn Smith and his checkered employment history. According to the Houston Chronicle, Smith was suspended while serving as a local police chief in 2007 over allegations of misconduct.