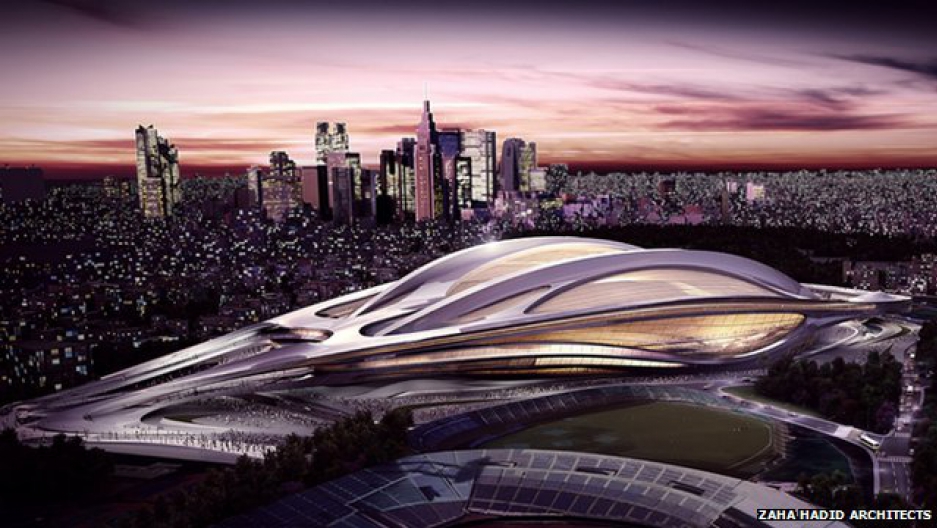 It’s been called a giant bike helmet, a turtle — and even a raw oyster.

Those are just some of the descriptions of the controversial design for Tokyo’s 2020 Olympic stadium.

But helmet, or oyster, it’s not likely to ever see the light of day.

On Friday, Prime Minister Shinzo Abe said his government would scrap the design and "start over from zero." The original design, by British architect Zaha Hadid, had come under criticism as estimated building costs almost doubled, reaching $2 billion. Japanese officials say the contract with Zaha Hadid's architecture firm will be canceled, and a new design will be chosen in the coming months.

The architecture firm defended its design. "It is not the case that the recently reported cost increases are due to the design," the firm said in a statement, saying that the real challenges were "increases in construction costs in Tokyo and a fixed deadline.”

Tokyo's stadium would have been the biggest and most expensive Olympic venue ever built, with estimated costs jumping from $1 billion to $2 billion.

But Olympic cost overruns are the norm.

“What we found was that, on average, the overrun of the Games is 197 percent and the Games overrun with 100 percent consistency,” says Allison Stewart, an associate fellow at Oxford’s Saïd Business School. Stewart has studied Olympic cost overruns going back to 1960.

And according to Stewart, it’s difficult for a city bidding for the Games to accurately predict construction costs. “It’s seven years out from the actual delivery of the event so they are operating in an environment of high uncertainty.”

But Stewart says that just because an Olympic city has cost overruns, it doesn’t mean that the Games aren't a success.

“Typically, you’re looking to develop a legacy for the city, or the country. The most successful Olympic cities, to date, have been those that have really had a clear idea of how they want to use the facilities going forward. And particularly, that applies to not just to sporting facilities but to any other broader infrastructure. So, Barcelona, for example, is held up as an example of a city that was able to incorporate the Olympics into the longer term plans for urban regeneration.”

And Stewart has advice for cities bidding on future Olympic Games.

“If it does cost more than what it’s currently being planned to, would it still be a good deal?”