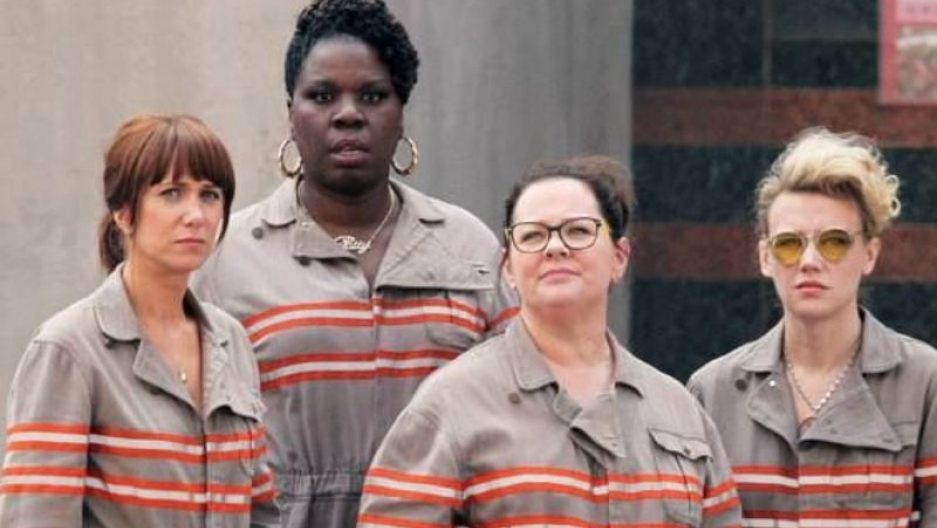 This week in "Thanks, Internet"--- Mario sinks Confederate flag, a Teen Spiritsmashes a shovel, Rihanna's favorite veggie isKoRn, man in giraffe mask lip syncs Marvin Gaye's "Let's Get It On" in act of desperation, girl Ghostbusters gang comes to town.

You may have heard that South Carolina ditched the Confederate flag late last week, but you probably missed the brilliant vine that may have helped further sway public opinion against it.

When 2015 is coming to an end, we'll remember this video as one that took something totally pedestrian and rode it out into the stratosphere.

3. KoRn Better Have My Mashup

Rihanna has been having an incredible year, fromjamming out with Paul McCartneyto stealing the show at theMet Gala.KoRnis probably having a less noteworthy year, but the two meet in a bizarrely ROCK mashup anyway.

4. For All The Lonely Giraffes Out There

A man wearing a giant giraffe mask that's lip syncing Marvin Gaye's "Let's Get it On" may not sound like something you need to see, but it is.

5. Photo of the Year