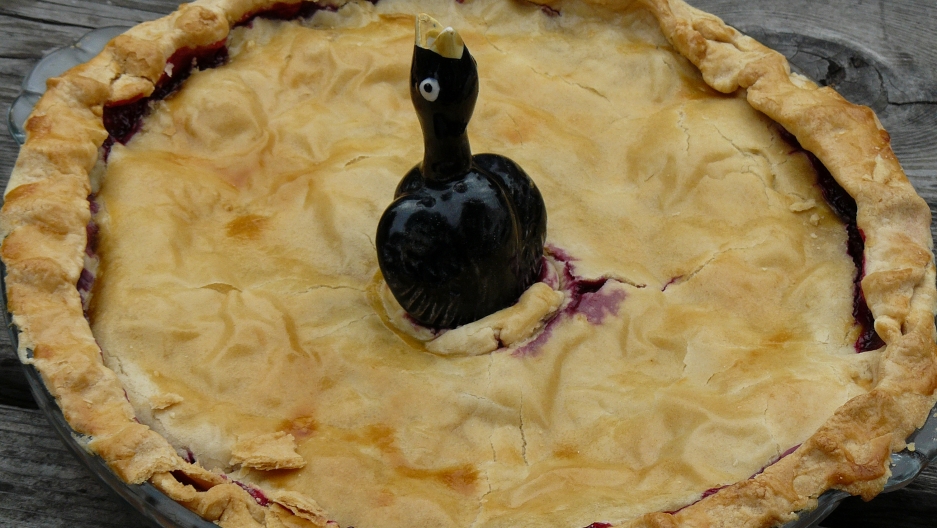 Food writer Steven Raichlen is well-known for his expertise in all things barbecue. You can often find him on public television with a pair of tongs in his hand.

But his interests stretch in other directions. Years back, just after he left college, he won a fellowship to spend a year studying overseas. Raichlen's chosen subject was the cooking of the middle ages.

He says that medieval cooking was international — at least for the upper class. You'd find the same sort of recipes in Paris or London, Germany or Spain.

And he thinks you can still trace the lineage of those foods to what we eat today, including barbecue. For a start, all food was cooked over a live wood fire. It was also characterized by extravagant spicing.

Here's Steven Raichlen in his own words:

"You had explorers like Marco Polo going as far as China. Ibn Battuta was a famous Arab explorer who also chronicled the Far East. So there was this constant flow of silk, fabric, and spices from the Far East to the Middle East to Europe.

"Some of the spices were familiar: pepper, nutmeg or mace. Some were less so — things like galangal. Galanga, as they called it at the time, virtually disappeared [from European and American life], and then was rediscovered in the last 30 years with the massive influx of southeast Asian immigrants and cuisine.

"The best way to think of it is to imagine ginger, without the sweetness. It's sort of peppery and earthy, but doesn't have that gingery sweetness.

"There were superstar chefs in the Middle Ages, too, just as there are today. In fact, [there was] a man named Guillaume Tirel, whose nickname was Taillevent. It means something like "windslicer" — perhaps his knife skills were so fast and legendary that he could slice like the wind! He wrote a book called Le Viandier (The Victualler), which is still in print today.

"I began my year's research knowing about a handful of medieval cookbooks, and 10 months later I had found over 100. In one I found a recipe for how to bake live songbirds in a pie shell. You know we have a nursery rhyme, 'Four and Twenty Blackbirds Baked in a Pie' — well, that was really something people did back then.

"You made an enormous pie crust that had a wooden scaffolding inside, so it was in effect baked hollow. Then you cut a trapdoor in the bottom, you put live birds in the pie, cracked open the top, and the birds would come fluttering out through the dining room.

"This was the sort of thing that medieval diners loved!"