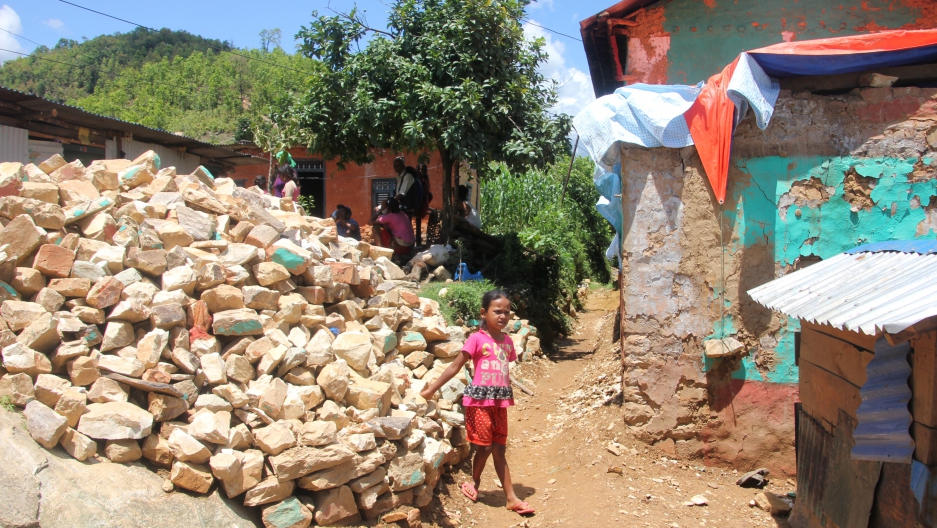 The air in the village of Archalbot is thick under the glare of the 2 p.m. sun. Twelve-year-old Kushal Adhikari is showing me around his house.

“All over there is cracks, cracks and more cracks,” he says exuberantly. “This house was nice before the earthquake, but it’s completely damaged now.”

Actually, at first glance you wouldn’t necessarily know that Kushal’s house is a teardown. The two-story home has thick wooden beams and, from the yard, its stone-plastered walls still look almost grand.

“It isn’t damaged outside the house,” Kushal says, “but it’s damaged everywhere inside the house.” He takes me up to a creaky room on the second floor, where a centimeter-wide scar runs from an upper corner down to the floor. I wonder if we should be up there and Kushal tells me excitedly that we really shouldn’t be.

When a massive earthquake tore through Nepal on April 25, it fully damaged over 600,000 houses. The media has since been flooded with photos of shattered homes, buildings and monuments. But, photos of rubble and dust notwithstanding, a huge number of these damaged homes are still upright, even though, like Kushal’s, they are too dangerous to inhabit.

And this is one of the biggest ironies in the monumental reconstruction that Nepal now faces: hundreds of thousands of homeless people have houses that still need to be leveled.

“We’re not sleeping in the house,” Kushal says. There is a tarp set up in the yard with some beds under it. “We’ll make a temporary house tomorrow, or the day after tomorrow, and then we’ll go there.” 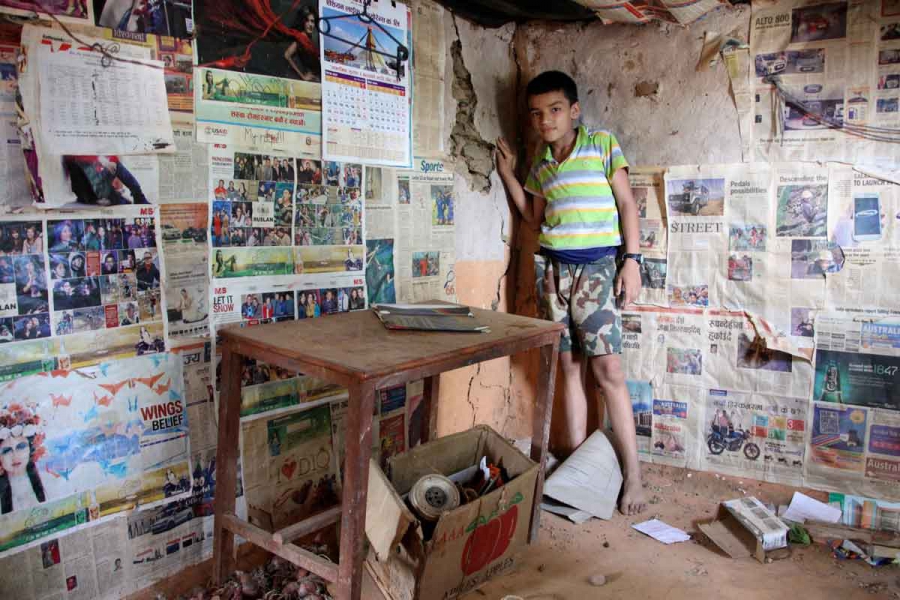 Kushal in his house.

This “temporary house of tomorrow” is a pressing topic of discussion here. What should Kushal’s temporary house look like? In this post-earthquake moment, when Nepal finds itself with the chance to rebuild half a million homes in any variety of ways that range from strong to fast, various groups have been hard at work trying to envision and design a suitable shelter that accounts for many factors, including cost, durability, speed and feasibility.

“We have learned in the humanitarian community that we have to rely on the local capacity, the local building technique,” says Jan Erik Kroyer of the Danish Red Cross, who is in charge of shelter relief for 2,000 homes in Lamjung district. “And that is very diverse.”

Delivering tin and letting people build walls accounts for the varied resources and styles in different areas of Nepal. “The idea is that every single household has something left, maybe a pile of bricks, maybe a pile of stone, maybe some bamboo, maybe some wood, and then these things will go together with a new roof that we are delivering.”

But agencies and residents alike face a multitude of conflicting structural and seasonal demands in executing this plan. To begin with, just providing those new roofs is a huge undertaking. Tons of tin sheets have to be transported across treacherous terrain to over half a million families.

(I know first hand how dicey that gets; I operate a small NGO in Nepal, and my organization has been pitching in, making tin deliveries in Lamjung and Parbat, but only after overcoming road closures, rain storms, and broken bridges ... two tractors and a jeep later.)

Then there’s the issue of space. Some families don’t have room to make a shelter because their old houses are still in the way.

Another problem is the weather. The monsoon rains have already begun, which means torrential downpours almost every afternoon, making speed an urgent priority. 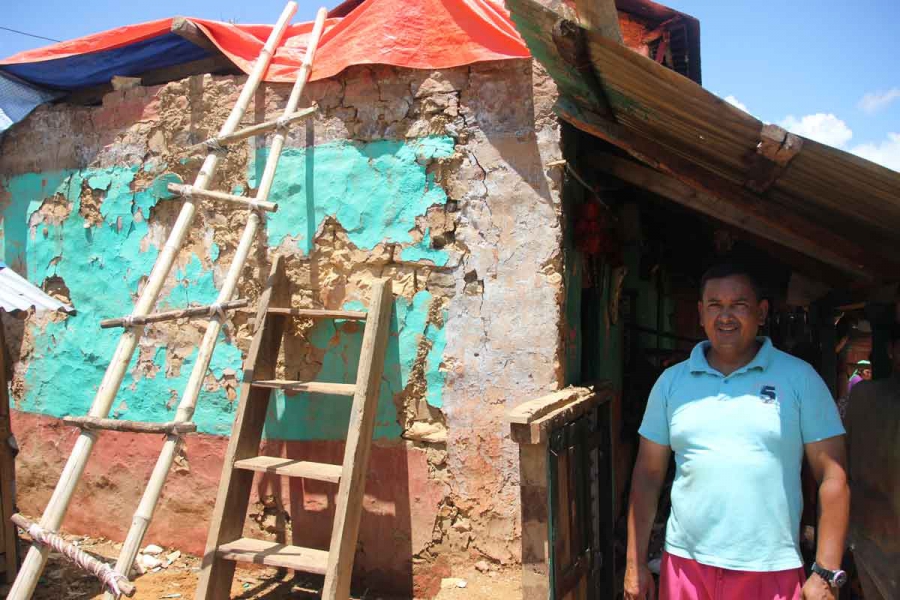 Dipak Lal Bisgar at the side of his house.

Out in the district of Parbat, two days’ ride from the earthquake’s epicenter in Gorkha, the frenzy of aid visible elsewhere is nowhere to be seen. Dipak Lal Bisgar used to live in a three-house complex with his brothers in the village of Gijyang, and now his lot contains one damaged house, one set of walls with no roof and one empty foundation where rubble stones have been neatly piled up.

He’d like to rebuild his home as an earthquake-resistant house using better materials. But that takes time, and there’s no time.

“We need to get a roof over our heads as fast as possible using bamboo, wood, whatever we have,” Dipak says, “Besides, there’s no guarantee against another big earthquake, so nobody wants to invest in anything fancy.”

And another thing — it’s planting season, Dipak reminds me, so everybody’s too busy in their fields to do any lengthy construction projects now.

In the fall, Dipak plans to consult with an engineer about how to build an earthquake-resistant house. He’ll call someone up, have them take a look, and get advice on earthquake-safe building. But for now, he needs a tin roof to build a temporary shelter, and his old house is neither all the way up nor all the way down.

Dipak takes me into the room with a tarp stretched across the open roof. Another piece of tin is going to go here.

I’m no engineer, I tell him, but this room doesn’t look too sturdy to me.

Dipak picks up a hammer and smashes it in to a wall. See? He says. It’s safe.

He’s determined that this part of the house is livable. An adjoining room didn’t pass, Dipak tells me, and he demolished it himself.

Meantime, Kushal has already learned something about what falls down and what doesn’t. And maybe dreaming up a house is easier if you’re 12, and it’s an exercise in possibility.

“I can imagine I’m looking at the house,” Kushal says, closing his eyes and lifting his chin toward the afternoon sun. “It has a bamboo here, and here and here too. Here is a door, there is a window ... anything is magic,” he says.

“I am feeling happy in my imagination.”