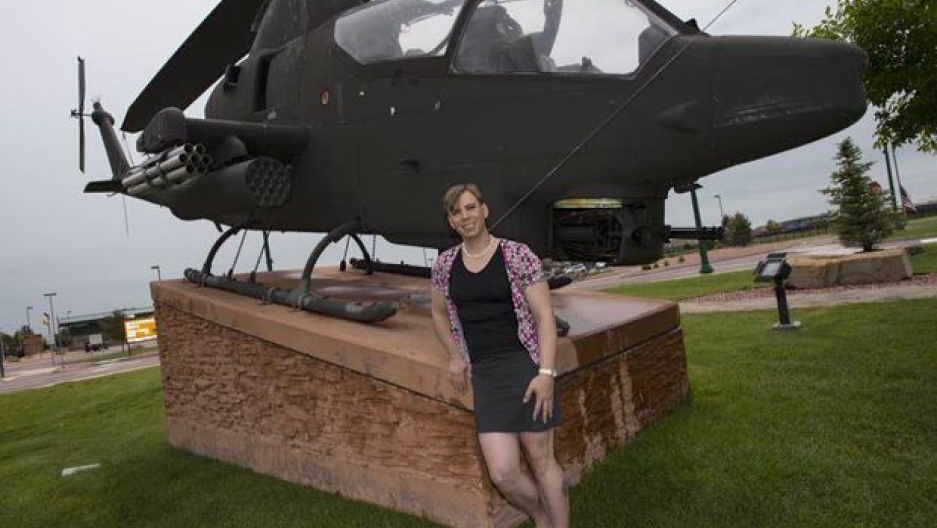 Caitlyn Jenner hailed it as the future.

For Patricia King, it is the present.

Four years after allowing gay and lesbian troops to serve openly in the US military, the Pentagon announced this week that it is reconsidering its approach to transgender people who want to serve openly in the armed forces. On Wednesday night, Caitlyn Jenner hailed the move as part of the horizon for transgender people. "It appears that trans people will soon be serving in the military. That’s a great idea,'' Jenner said at the ESPYs.

Defense Secretary Ashton Carter ackonwledged Tuesday that "we have transgender soldiers, sailors, airmen, and Marines — real, patriotic Americans — who I know are being hurt by an outdated, confusing, inconsistent approach that's contrary to our value of service and individual merit,”

Staff Sgt. Patricia King knows. She has served in the US Army for 16 years. In June, she became the first infantry soldier to reveal that she is transgender.

“I started my transition while I have been in the military,” she says. “For me, I wanted to be able to be open and honest about who I was. When I made this decision, at every level, I went to my supervisors and let them know, ‘This is what I intend, and I know that the most important thing to you is that I’m able to do my job, and it will never get in the way of that.’ I was told, ‘As long as you’re able to do your job, we’re going to continue to support you.’”

As the transgender rights movement moves forward, King says the LGBT community will continue to push the Department of Defense on the issue of trans equality. Right now, King says the armed services boasts an estimated 15,000 trans service members.

“We have four branches of service that have different regulations that cover different things — we have to make sure that they all come into alignment to protect transgender people, and also to make sure we’re accomplishing the mission,” she says. “I believe the DOD will probably look at how they can make all of those policies fit into all of the branches of service without having any issues in mission readiness.”

The Pentagon’s announcement has been largely welcomed by Democratic lawmakers and the public, thanks in part to the recent shift in American culture surrounding issues of transgender rights.

“It has been incredibly warm,” says King. “When I came out and shared with people in my unit, what I got was [messages of], ‘We care about how you do your job, and you do your job incredibly well. You’re a professional soldier and who you are doesn’t affect that.’ They just wanted to be warm and supportive, and I imagine that we’re probably seeing that in a lot of places.”

In addition to members of her unit, King’s commanding officers have also been supportive of her transition.

“We’ve had sit downs and they’ve asked me to explain things so they could become better educated,” she says. “They have just wanted to be able to support me. It’s been exciting for them and for me because we’re going to have policies in effect that allow them to do that.”

Though King has gotten support, not all trans service members have been so lucky. King says that some of her friends have been discharged for being transgender, which is why she’s working with groups like SPART*A.

SPART*A is a group of LGBT people who currently serve or have served in the military. SPART*A’s mission “is to advocate for and support our actively serving LGBT military members and veterans, and their families, while working to ensure the military provides equal opportunity for all service members regardless of race, national origin, religion, sex, sexual orientation and gender identity.”

With the help of SPART*A, King says she and other advocates are working to make the military more inclusive.

“Within SPART*A, we have a group of actively serving transgender military folks,” she says. “We’re hoping that we will now have the ability and capabilities to reach out to people who didn’t know that they’re not the only one, and so that we can help them to find the services and support that they need as well.”

A version of this story first aired as an interview on PRI's The Takeaway, a public radio program that invites you to be part of the American conversation.