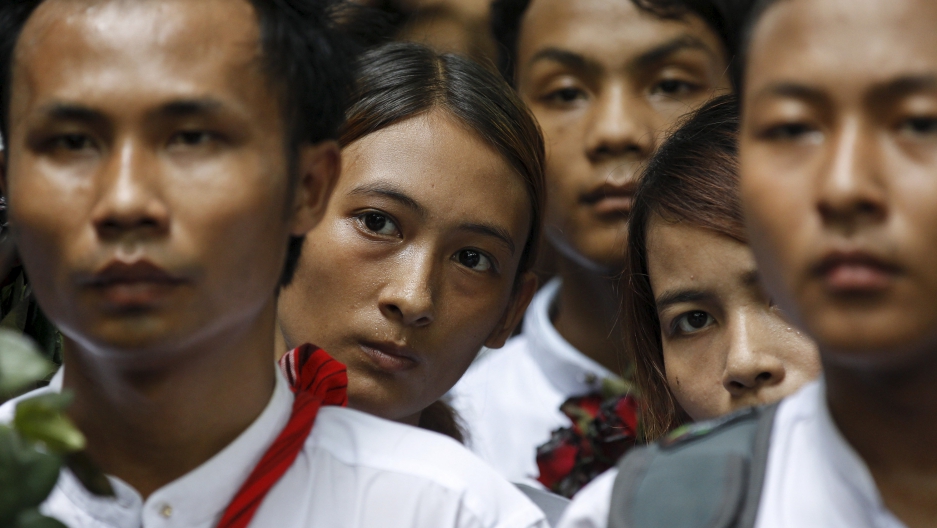 Demonstrators listen as a student leader gives a speech during a protest led by students at Yangon University in Myanmar July 7, 2015

Myanmar, also known as Burma, is no longer the police state it was just a few years ago.

These days, there's something resembling a civilian government in place, and a general election scheduled for November.

But before the parliamentary system was put in place in 2011, pro-democracy activists operated clandestinely, risking their lives for the most basic rights.

"These are people who were fighting for the right to carry a USB key, and not be thrown in prison for seven years for it, the right to put a poster on the wall," says Delphine Schrank, a former Burma correspondent for the Washington Post.

Schrank first visited Myanmar in 2008, when it was sealed off from foreign scrutiny. Over the course of several years, she won the trust of its dissidents and tells the story of their efforts to end military rule in The Rebel of Rangoon: A Tale of Defiance and Deliverance in Burma.

The book opens with the saga of a young man "Nway," a pseudonym for a prominent activist who is chased out of Rangoon by an intelligence agent. He's forced underground, and into homelessness.

"When Burma was a police state, when you slept at another person's house you had to register with local authorities. It was a way of tracking where everyone lived and slept," Schrank says. "There were spies and informers everywhere. ... Courage is a kind of byproduct when you face these situations."

Although deeply impressed by activists like "Nway," she takes pains not to romanticize the dissident or his struggle.

"I deliberately try to show all the other shades of gray that it takes to do this kind of work," she says. "Is he a hero or an anti-hero? Is he a businessman, selling out his friends to arrest? He had to lie even to people around him about the work that he was doing. Sometimes they couldn't talk openly to each other. They work in a half-light of miscommunicaiton."

Schrank says in the upcoming November election, the dissidents will be a "force to be reckoned with." There's even been talk in recent days that some of the most famous icons of Burma's 1988 uprising might form a political party.

"They want to be contesting in these elections, even though they know that the constitution under which they're being held is highly flawed," Shrank says. "They want to be part of the process, and they want their voices heard."