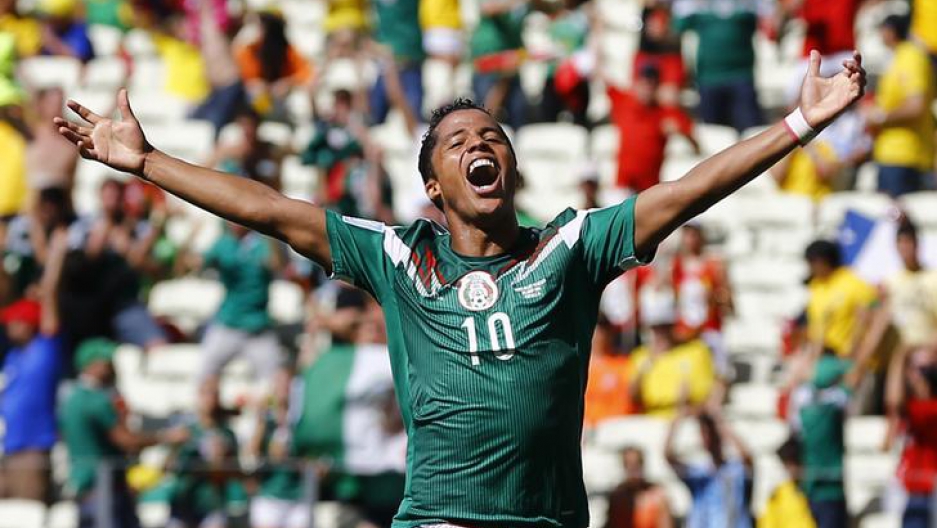 A new player is coming to Major League Soccer, and I’m excited to see him.

He is Giovani dos Santos, a star on the Mexican men’s national soccer team for years and someone the Los Angeles Galaxy have long tried to lure to California. Now the team has succeeded.

Dos Santos is an attacking midfielder with lots of flashy flair. He joins the Galaxy for a reported $7 million transfer fee from Villareal, a team in Spain’s top professional league. But he grew up in Barcelona’s youth system, the same soccer factory that gave us superstar Lionel Messi. Dos Santos also represented Mexico at two World Cups and at the 2012 London Olympics, where the Mexican squad won the gold.

Still, lots of players with gilded resumes join MLS these days. So what’s the big deal about Gio, as they call him south of the border?

Well, for one thing he’s just a fun player to watch, immensely talented and capable of electrifying a soccer match all by himself.  He’s one of those skilled players who seem to have the ball glued to his feet as he dribbles, and who likes to try things the hard way because they are more beautiful that way. They don’t call it the beautiful game for nothing.

But there are other talented players who are coming to MLS this year, like Gio’s new teammate at the Galaxy, Liverpool’s longtime skipper Steven Gerrard. And Italian master tactician Andrea Pirlo, who is joining New York City F.C. this season too. Both of them are living football legends.

Collectively, all these star-studded arrivals signal a big jump in quality for Major League Soccer. Up until recently, MLS was a reputation as a much lesser league when compared with England’s Premier League, Spain’s La Liga and Italy’s Serie A. Now each of those leagues is sending legitimate stars to America. That’s great news for MLS fans.

But Gio has something those other two greats don’t: youth. Gerrard is 35, while Pirlo is 36. Both are the twilight of their careers. Back in England and Italy, you could tell they were slowing down.

Dos Santos, on the other hand, is just 26 and at the top of his game. His arrival has nothing to do with the old stereotype of the aging international star looking for a backwater league hoping to extend his playing days before retirement. In fact, Dos Santos coming to MLS means the league now attracts top young talent with a lot still left to prove, and more World Cups to play. Again, good news for American soccer fans.

And then there’s the fact that Giovani dos Santos is from Mexico, and adored by millions of Mexican fans. That’s perhaps the most significant part of all this for his new employers.

The LA Galaxy may be the top team in MLS, and the most star-studded already. But it has a marketing problem: it doesn’t attract as many Latino fans as it should in a city like Los Angeles.

One reason for that is cultural. Many Mexican Americans are deeply attached to their roots, and that includes the soccer teams that their families in Mexico have long rooted for. So they were more likely to watch those teams on TV than head to the nearest stadium.

Another reason is historical. There used to be another L.A. team in MLS, Chivas USA. Originally, it was a subsidiary of one of Mexico’s most beloved soccer brands, las Chivas de Guadalajara. And their marketing approach was all about Mexican Americans. Unfortunately for MLS, the team itself was plagued by problems for years and never really took off. And last year, the league shut it down. Meanwhile the L.A. Galaxy was winning trophies — but not the hearts of most Mexican Americans in L.A.

That has already started to change with the signing of Giovani dos Santos. Fans in Los Angeles are excited to finally have a Mexican hero to root for. And as a native of Mexico myself, so am I.