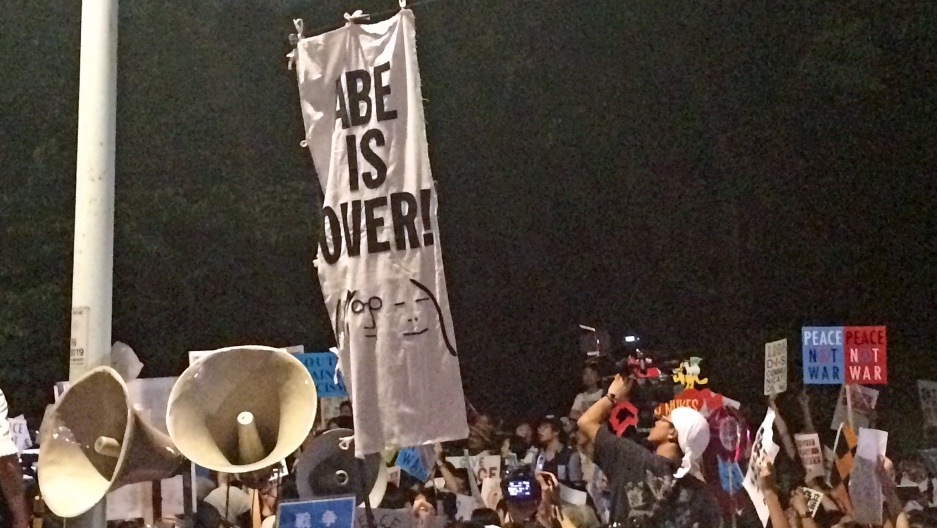 Despite tens of thousands of protesters, Japan's lower house of parliament approved legislation on Thursday that would allow Japanese troops to fight overseas for the first time since World War II.

Officials say the bills, which need approval from the upper house, come at the request of neighbors such as India, Indonesia, Vietnam and the Philippines.

Not mentioned: China, which has been rapidly expanding its military might. In Beijing, Foreign Ministry spokeswoman Hua Chunying urged Japan to stick to its pacifist principles and cautioned against interfering with China's territorial and security interests.

Prime Minister Shinzo Abe has pushed for the bills, which would revise the nation's postwar constitution. He argues they are necessary to expand the role of the military in a doctrine called “collective self-defense.”

Opponents say the legislation brings greater risks to Japan and violates the constitution. And polls show more than half of Japanese citizens oppose the changes in legislation. Protesters came out in force on Wednesday night outside parliament.

“Public sentiment against this has been rising,” says Naomi Gingold, a freelance reporter in Japan. “Sixty thousand people showed up to protest the passage of the bill in the lower house. It was pretty incredible. People were chanting for hours and hours.”

The legislation now moves to the upper chamber of parliament for a vote within 60 days. The more powerful lower house approval would override any upper chamber vote.

Readers, what do you think of this move? Let us know in our comments section.