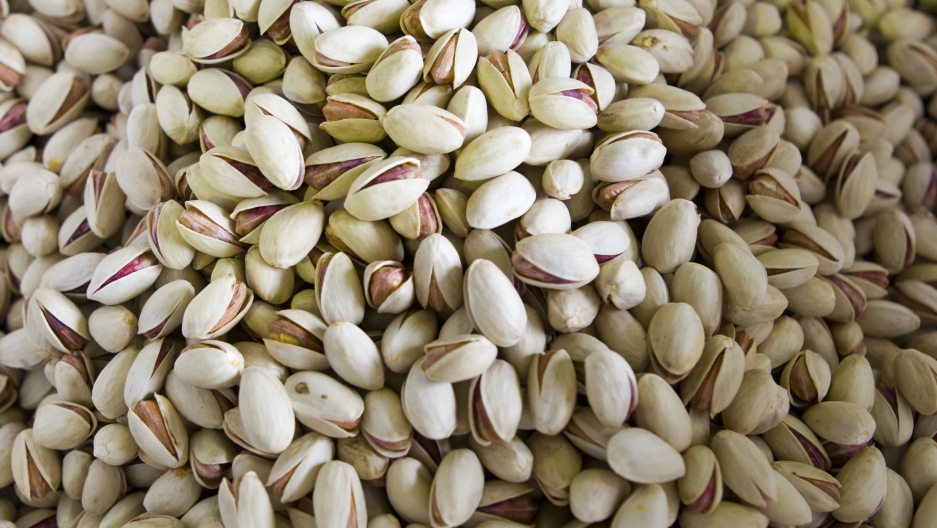 Pistachios are seen after sorting at a processing factory in Rafsanjan, 1,000 kilometers southeast of Tehran September 23, 2008.

So Iran and world powers have finally reached an historic agreement on Iran's nuclear program.

As part of the deal, Iran agreed to limit its nuclear capabilities in exchange for the lifting of economic sanctions. But what does the nuclear deal actually mean when it comes to doing business?

Elizabeth Rosenberg, a senior fellow at the Center for a New American Security thinks it will be some time before American companies can do business with Iran.

"Their opportunity to engage in Iran may be somewhat limited," she says. "In fact, the embargo that prevents US companies and businesses from engaging with Iran is primarily still in place."

But there are, she adds, exemptions.

"Commercial aircraft sales are OK, some carpets and pistachios, but other than that, it's quite limited."

According to Rosenberg, if, for example, Boeing can find a way to manage its business risks in Iran, then it would be able to sell its airplanes and plane parts there.

The technology sector is another exception.

"There are exceptions in the sanctions that allow for personal communication devices," Rosenberg explains. "It's a way that the United States government is trying to indicate that they have support for the Iranian people and that these sanctions are targeted at the regime," she adds.

Besides those cases, Rosenberg points out that under the new deal, foreign subsidiaries of US parent companies will be given specific licences and permissions to do business with Iran. This will be a new area for business relations with Iran. One possible example of this could be oil companies.

As for what the deal means for Iran, Rosenberg says a major change will be the capability to sell its oil in the world market. She says that can happen once Iran makes good on its nuclear commitments, which may take a couple of months.

The new oil in the world market will introduce more competition and eventually result in lower gas prices in the US.

"Perhaps [for] next summer's driving season, there could be a positive effect for US consumers," Rosenberg says.