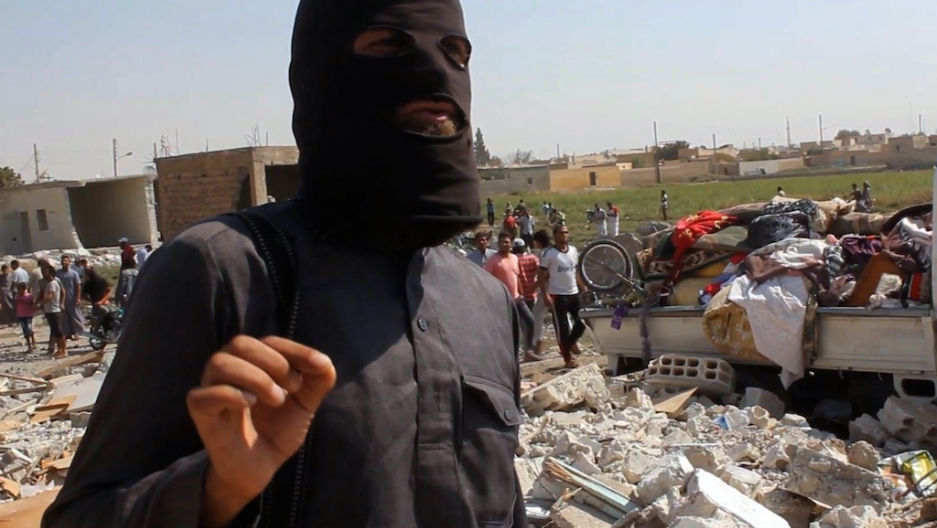 An image grab taken from an AFPTV video on September 16, 2014 shows a jihadist from the Islamic State (IS) group.
Credit: -
Share

What are you most scared of?

Pew Research did a study of people around the world and their "perceptions of international challenges," which really is just a fancy way of saying Pew did a study about what freaks people out the most.

Call it the caliphate that finally brought the world together.

Just not as scary as the Islamic State.

Pew's study reports that the majority of Americans (68 percent) put IS at the top of their list of things to be "very concerned" about. Canadians (58 percent) did too, incidentally.

It is perhaps unsurprising that fears in the Middle East center around IS, given the proximity of the current conflict. Eighty-four percent of people in Lebanon (which is next to Syria) put IS at the top of their list, followed by 62 percent in Jordan and 54 percent in Palestine.

"Fear is especially high among Muslims in Lebanon, Syria’s western neighbor: 90 percent of Sunnis and 87 percent of Shia say they are very concerned, compared with 76 percent of Christians," says the study.

And let's not forget about Europe, where people are also scared of the extremist group. There, an average 70 percent express serious concerns about IS above all else, with Spain leading the pack at 77 percent.

What about Latin America and Africa, you ask? Don't they know know about IS? They do, but it's climate change fears that take the cake in those regions. It's no coincidence that both of those areas are particularly vulnerable to its effects.

Check out Pew's full report on the study for more.