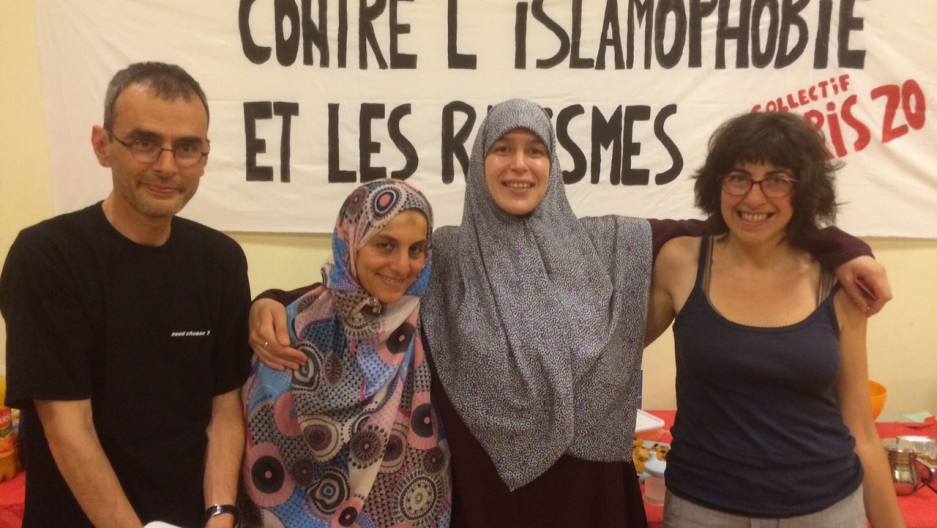 A group in Paris meets to forge friendships across racial lines.

Today is Bastille Day, France's national holiday that celebrates the beginning of the French revolution in 1789.

But France is a very different country today than it was during the storming of the Bastille — in part, because it's much more diverse. Despite this diversity — or maybe because of it — race relations in France can sometimes seem uneasy. Conversations about race in France came to the forefront this year after two French men of Algerian descent attacked the offices of the satirical magazine Charlie Hebdo.

Arun Venugopal, a reporter from WNYC, has been in France for the past few weeks researching the way the country talks about race, supported by a fellowship from the French-American Foundation. It’s a pretty different conversation than the one that’s happening in the United States. For one thing, he says, conversations about race in France are often centered around the “Republican ideal” that there is one France and people “should not subdivide into their separate communities.” Rather, focus should be on the shared French identity.

In France, laws prohibit the census from collecting data about racial identity. And while this may prevent the stigmatization of certain communities, Venugopal says, it also makes it more difficult for immigrant groups to reveal their particular struggles.

And the push toward the “Republican ideal” also means there’s a distinct lack of dual identities in France, unlike in the United States. This is especially relevant for someone like Venugopal, who is Indian American. He says he grew up in a family that honored both its Indian and American identities in a “comfortable balancing act." So it's a “learning curve” to adjust to the French way of talking about race and identity.