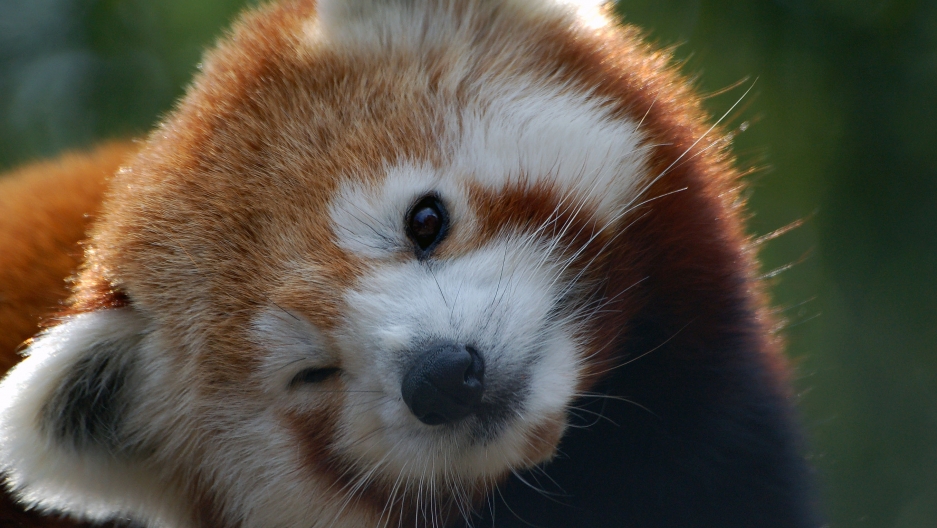 With only 10,000 individuals remaining in the world, around 1,000 red pandas are found in eight protected areas of Nepal.

Langtang National Park, Nepal’s first Himalayan national park and the one nearest the capital, Kathmandu, has been declared a restricted zone by local authorities to allow red pandas to mate.

The shy creature, called habre in Nepal, loves to live in quiet places and is easily scared by noises. When frightened by sound, it will even leave its young cub behind and run away. As the red panda’s breeding season starts from mid-June, the national park has been closed to visitors and even firewood gathering by locals has been prohibited for two months.

The red panda, also called fire fox, was discovered decades earlier than the giant panda. It is a carnivore turned herbivore and feeds mainly on young bamboo shoots and leaves.

Though the shy creature is memorialized on the Mozilla Firefox logo and millions of Internet browsers see it daily, only a few know that it is a red panda they're seeing.

Red pandas are listed as endangered species by the International Union for Conservation of Nature. Although red pandas are not poached generally, they fall prey to the traps laid for musk deer and other wild animals. The herders and the chauris, the yak-cow hybrids, disturb and destroy red panda habitats, though not intentionally. Habitat loss is another major concern for conservationists.

The Nepalese government together with the wildlife organisation WWF has involved local communities in the conservation of this species in Langtang. Likewise, the Red Panda Network has been working with communities to monitor and preserve red pandas since 2007.

The restriction period at the Langtang National Park till mid-August will provide a peaceful environment for the red pandas to mate. Soon after, International Red Panda Day will be celebrated on Sept. 19, further raising awareness about its conservation.