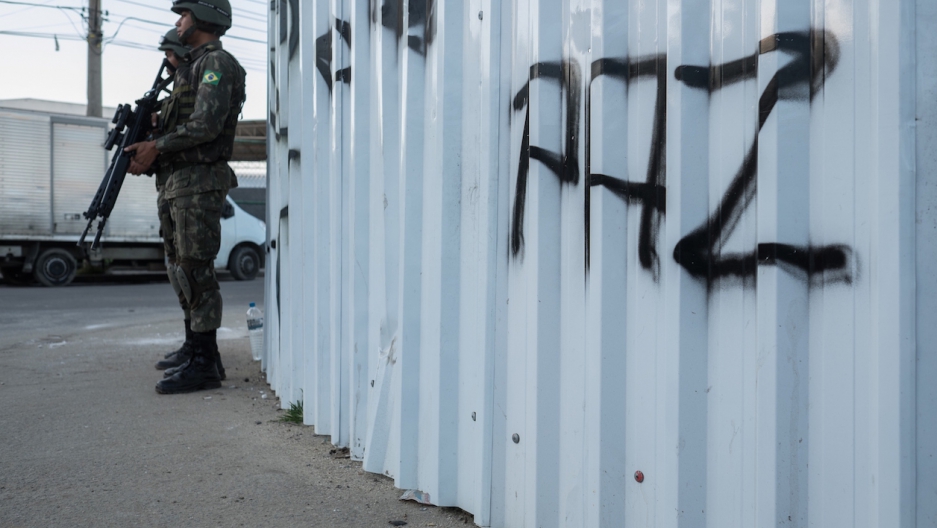 A rash of lynchings of suspected criminals has shocked even violence-hardened Brazilians, baring dark undercurrents in the land of sun and samba.

The latest incident took place in the western outskirts of Rio de Janeiro on Wednesday night, when vigilantes tied up and badly beat a man accused of stealing a woman's cellphone, Brazilian media reported Friday.

A picture of the man, reported to be 31, showed him curled upon the ground, shirtless, with his hands tied behind his back and what appeared to be blood on the ground around his head. He was rescued by police, but there was no immediate information on his latest condition.

More from GlobalPost: Lynching is still a common practice across Latin America

An even more shocking picture was published earlier this week of a young man killed after being tied naked a lamp post and hit with stones, bottles and other weapons.

The man, 29, was lynched Monday after being accused of trying to rob a bar in the far northeastern town of Sao Luis de Maranhao. An adolescent accomplice was also lynched but was rescued after playing dead.

Brazilians are used to extreme violence, with heavily armed police confronting drug gangs in Rio and other cities daily. Lynchings are also something of a tradition in a huge country of 200 million where the police are far from always trusted.

However, the widespread media coverage of the latest incidents provoked sharp reactions and underlined the climate of insecurity a year before Rio hosts the 2016 Olympic Games.

The daily newspaper Extra grabbed attention by juxtaposing a picture of the dead man in Luis de Maranhao with an illustration of a slave tied to a whipping post -- images recalling deeply rooted problems of racism in Brazil.

"How can they sleep at night," asks the young man's family on the Extra Facebook page.

"Assaulting and lynching. 'Good people' killing -- it's a bit of a paradox isn't it?" asks one reader in a Facebook response.

But many of the hundreds joining the online exchange wrote of their support for lynching.

"Brazilian society is steeped in impunity and in this bandit state where we live criminals have the same rights as any citizen. That's why lynchings are becoming more and more common," one reader wrote.